A new memorial on the Chicago Riverwalk pays tribute to some local World War II history that may not be well known: During the war, 28 submarines built in Manitowoc, Wisconsin, traveled down Lake Michigan, through the Chicago River and, ultimately, to the Pacific Ocean.

The memorial was made possible by two submarine veteran groups that were challenged in 2010 by Harry Alvey, a now-deceased WWII veteran from Wisconsin, to honor the memory of the Pearl Harbor attack. Since 2014, submarine veterans of the two groups — Crash Dive Base and the USS Chicago Base — raised $200,000 for the memorial, which now sits on the Chicago Riverwalk just east of the N. Columbus Drive bridge.

The concept evolved from a single plaque to a larger site that honors not just Pearl Harbor, but U.S. Navy submariners past, present and future.

“We hope that this particular design honors the sailors who took our ships to sea, educates the public about the role the Midwest played in submarining, and perhaps inspires young people to consider the Navy and even the submarine service as a career,” said Chris Gaines, a Vietnam War submarine veteran and member of Crash Dive Base. 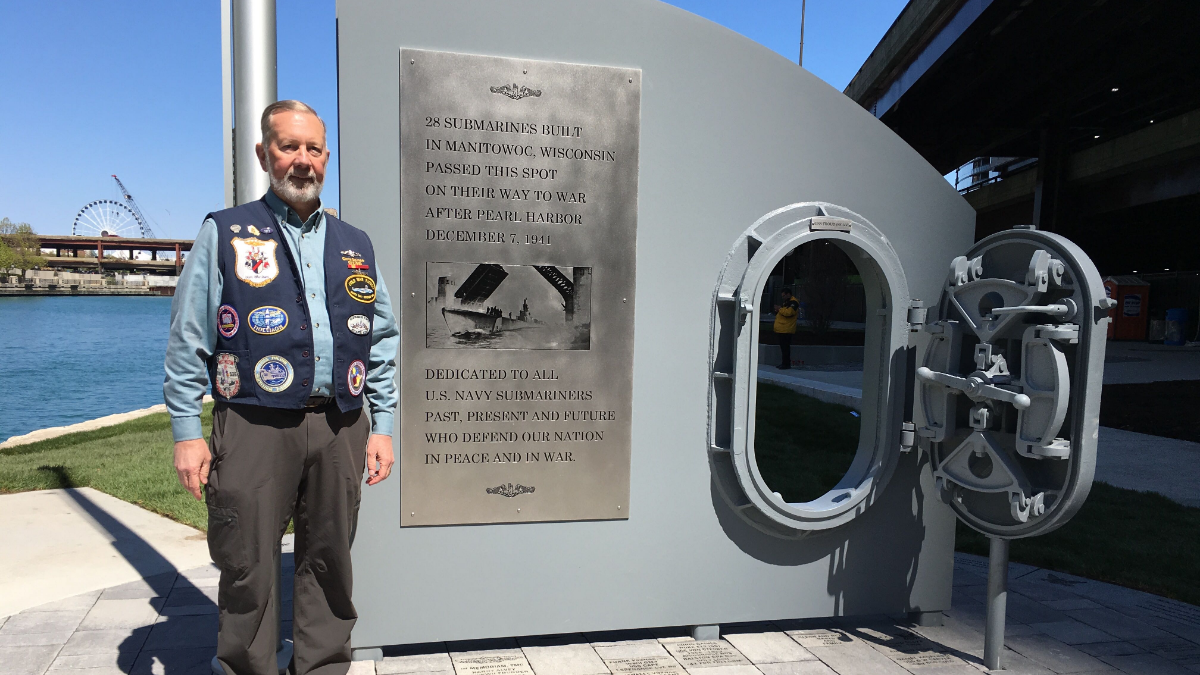 The memorial was designed by Frank Voznak III of Evanston, whose father, Frank Voznak Jr., is a submarine veteran and the memorial’s project manager.

The site features a replica of a submarine bulkhead, complete with a watertight door from a USS Trout submarine built in the 1950s and decommissioned in 1978. The door is ajar, providing a view of the river for visitors sitting on the memorial’s benches.

Stone pavers at the base of the memorial list the names of donors, key players in bringing the memorial to fruition and submarine veterans, including Alvey, who died in 2015.

Robert Krautstrunk, 94, is a WWII submarine veteran in the Crash Dive Base group with Gaines. He said the memorial pays tribute to a part of history that some submariners haven’t discussed much.

“It’s too bad people didn’t know more, but we were the silent service and we didn’t rant and rave about everything, but we sure did a good job to help defeat Japan,” he said.

Krautstrunk grew up on the Northwest Side of Chicago and served between 1944 and 1946. He was a submariner on the USS Requin in the Pacific. 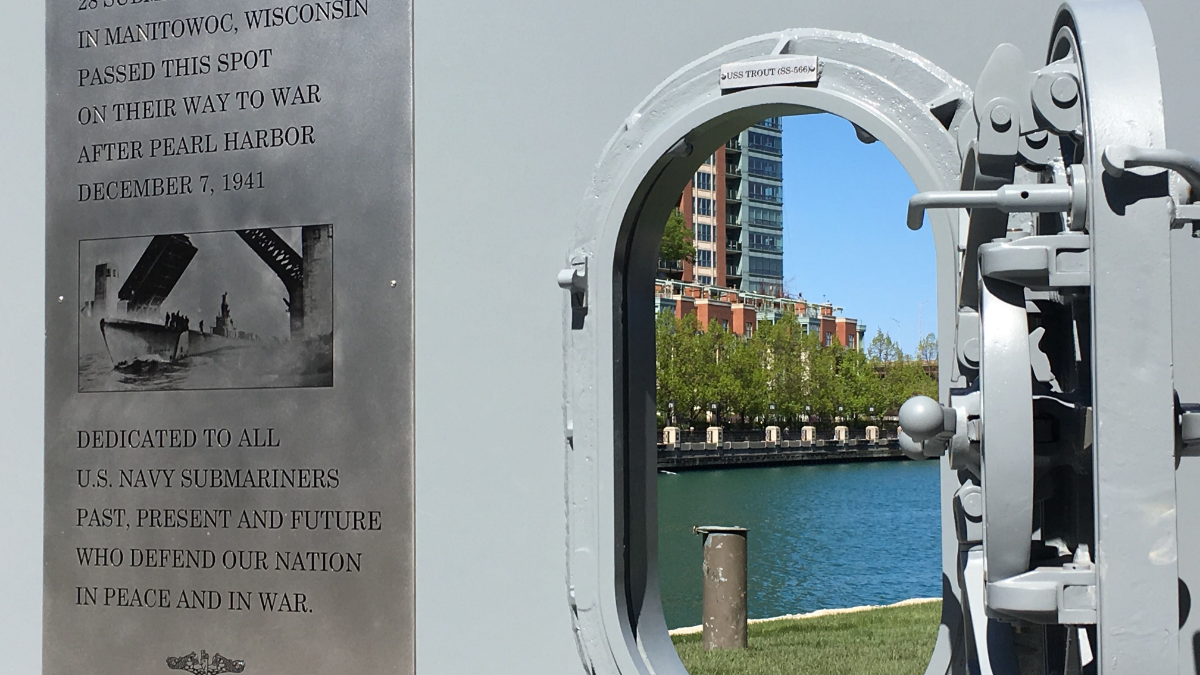 Funds for the memorial came from donors and a GoFundMe campaign, but were raised mostly by the groups’ veterans. They asked for donations and sold various items at gun shows, flea markets and festivals.

The city of Chicago provided the real estate and funded the site’s excavation, foundation, footers and path to retain a consistent aesthetic with the rest of the riverwalk. The completion of the site coincided with the opening this week of a 1.25-mile stretch of the riverwalk.

While veterans are excited about the memorial, Gaines said they aren’t done yet.

“We have a vision of someday perhaps establishing a linear park that recognizes the Midwest’s contribution specifically to submarining, and we would include the U-505, the German boat that’s at the Museum of Science and Industry,” he said.

A dedication ceremony for the memorial will be held at 11 a.m. on Saturday.