Editor’s Note: This story has been updated with new information about the founder of the first Nicky’s Hot Dogs in Chicago, Nicholas Vagenas. Click here to listen to our updated audio story featuring an interview with the man himself.

Conor McNamara grew up in Beverly on Chicago’s Southwest Side, just down the street from a local joint called Nicky’s Grill and Yogurt Oasis.

“We’ve been coming here as long as I can remember,” he told Curious City outside the restaurant nestled in a strip mall on 103rd Steet. “I remember after I learned how to ride a bike, we came here for blue moon ice cream.”

Nicky’s serves up all the Chicago fast food classics, like pizza puffs and hot dogs ⁠— but one of Conor’s favorites has always been their signature double cheeseburger: the Big Baby.

As Conor grew up and started driving around the rest of the South Side, he noticed there were Nicky’s fast food restaurants all over the place with nearly identical menus. So he wrote in to Curious City asking:

How did some variation of Nicky's become such a popular name for places serving street food? They seem to be everywhere, most serve similar menu items — like the Big Baby — but none of them seem to be connected aside from the styles of food.

And, if you’ve never had a Big Baby, it’s a big deal in several parts of the city. Chicago Tribune food writer Louisa Chu has even argued that the burger deserves a place in the pantheon of classic Chicago foods.

So, we decided to bite into Conor’s question by visiting several Nicky’s and talking to customers and owners. It turns out the answer to how Nicky’s (and the Big Baby) became so big has to do with Chicago’s Greek community, a particular way of stacking some common ingredients, and a smart woman who worked the grill many years ago. 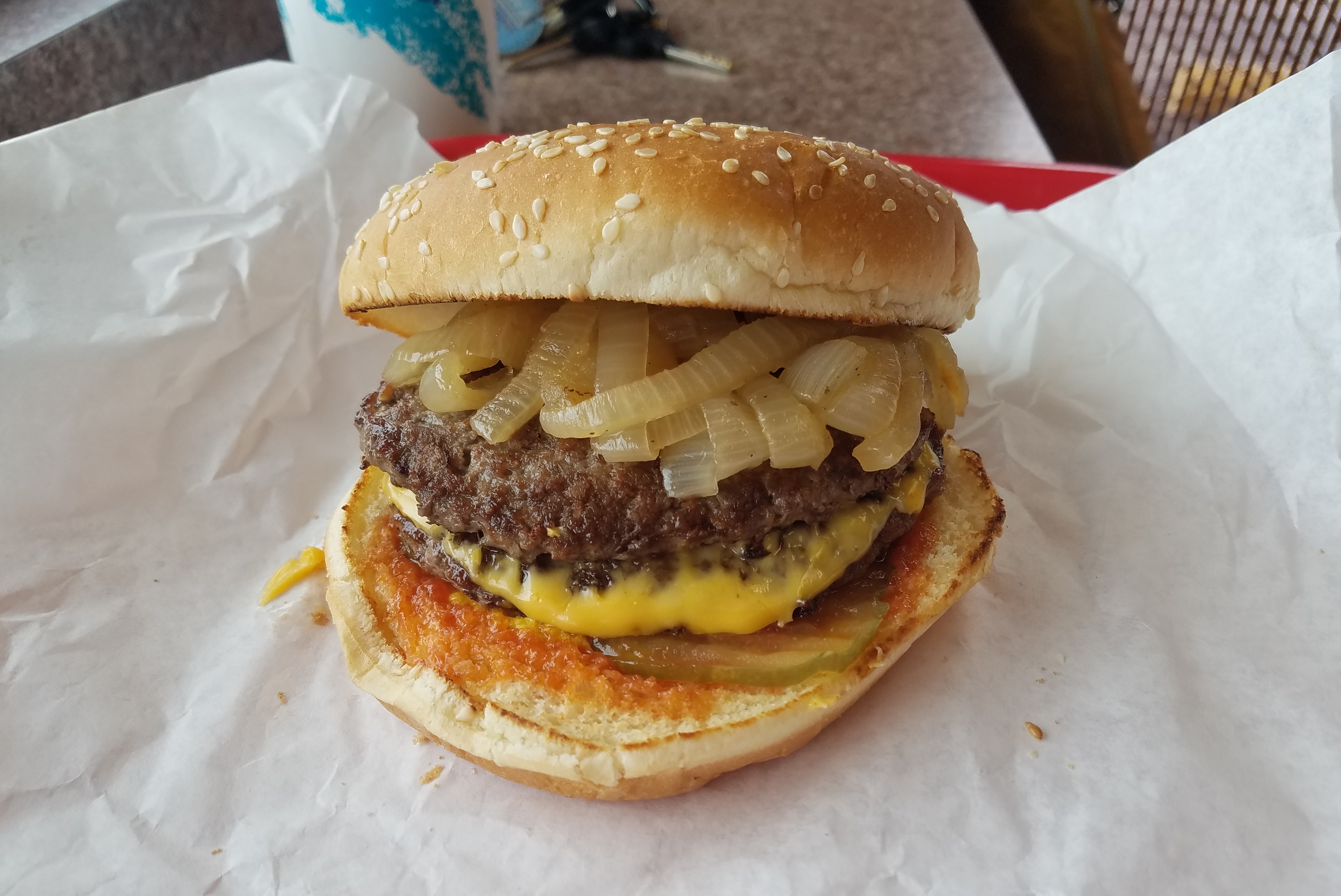 Where did the first Nicky’s start?

In the early ’60s, a Greek immigrant named Nicholas Vagenas opened a regular sit-down restaurant called Nicky’s in South Suburban Summit, Ill. But then one day, he says, he got a hot tip from a french fry supplier who told him about a hot trend he was seeing: drive-in hot dog stands.

Vagenas found it at 6142 S. Archer Ave., where he opened the first Nicky’s in Chicago in 1967. He later sold it to fellow Greek immigrant Jim Lilas in 1978. Today, his son, Angelo Lilas, runs the business — making it the longest continuously running Nicky’s in Chicago. Vagenas said he opened another Nicky’s on South Kedzie Avenue in 1969, but later sold it to the Maneris family, which also still operates that restaurant today.

How did there get to be so many Nicky’s?

business, but he didn’t keep any of them for very long.

“I opened one, and then after a year or two years, I [usually] sold it,” he says of his restaurants that usually were purchased by other Greek American entrepreneurs.

In addition to the nine restaurants that Vagenas opened, several more Nicky’s have since popped up, as far south as Indiana. Vagenas says these were opened by other people who simply capitalized on the Nicky’s name and the fame of the Big Baby.

How was the Big Baby born?

To a lot of people, the Big Baby may look like an average double cheeseburger with grilled onions on top. But devotees insist that the specific order of ingredients- — and those onions — make it a unique, delicious treat.

Here’s how it goes: 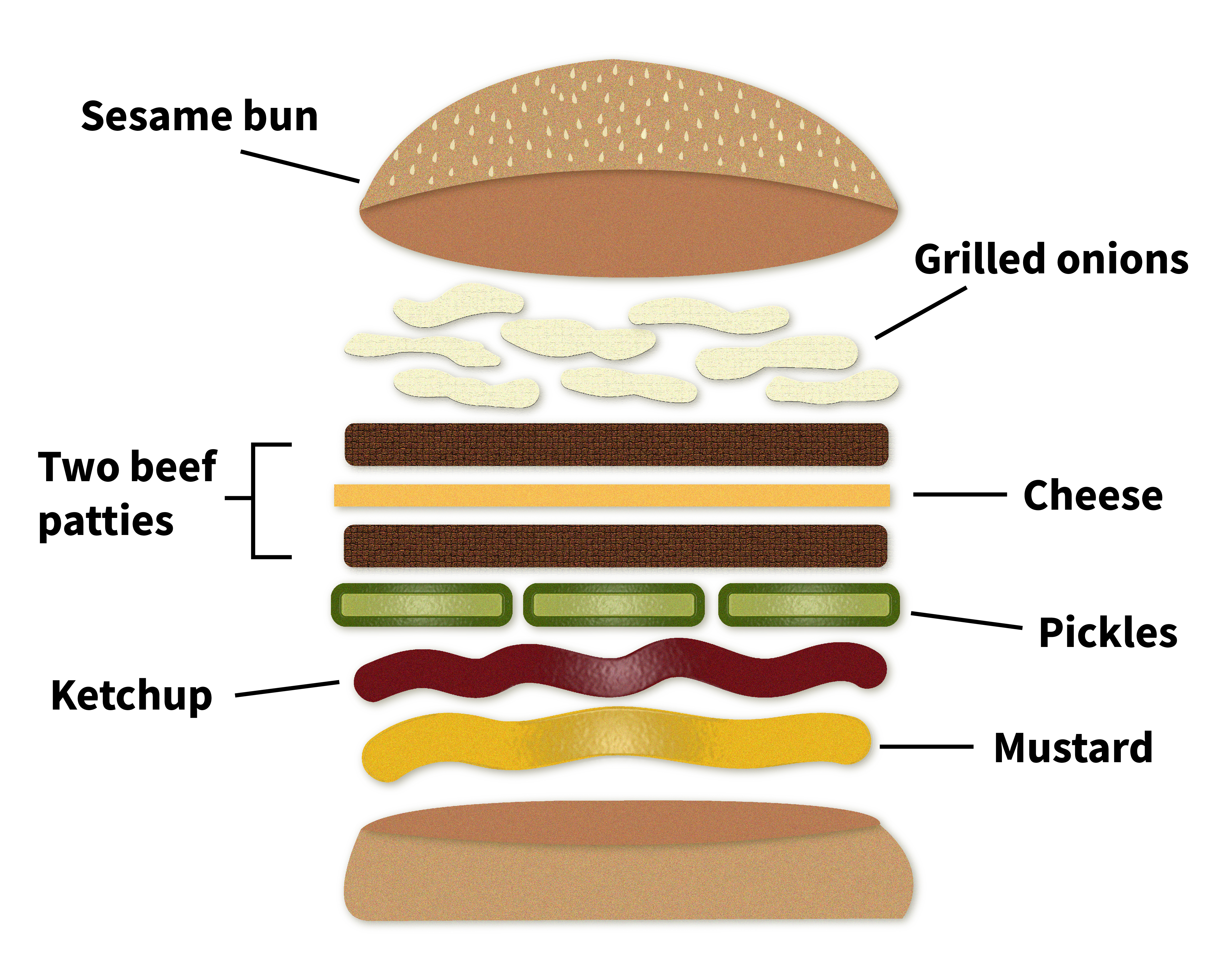 So how did Vagenas come up with this combo?

“I don’t know. It just came to me,” says Vagenas. “I tried everything, and came up with the grilled onions on a double cheeseburger. People liked it, and it went on, and that’s it.”

Several people have noted the similarities (in name, ingredients and late ‘60s birthdate) between the Big Baby and McDonald’s Big Mac. And both the Lilas and Maneris families suggested that the Big Baby was designed to compete with the Big Mac. But Vagenas says that’s not the case.

Instead, he says, it was just a popular double cheeseburger. It got its name from an interaction Vagenas had with one of his female employees.

Is anyone going to get sued over all the copycat places?

“I think that’s one of those things that when the original Nicky opened it up, he would have had to do it then,” says Lilas. “Now it’s been so long, good luck trying to trademark any of that. Now it’s open game. You guys can go and open a Nicky’s and sell Big Babies if you want.”

And today, Vagenas says he doesn’t have any hard feelings about the copycats.

“I give them a lot of credit,” he says. “They work hard and make a lot of money.”

Where can you get the best Big Baby?

We haven’t tried them all, but the following are some Big Baby fan favorites: 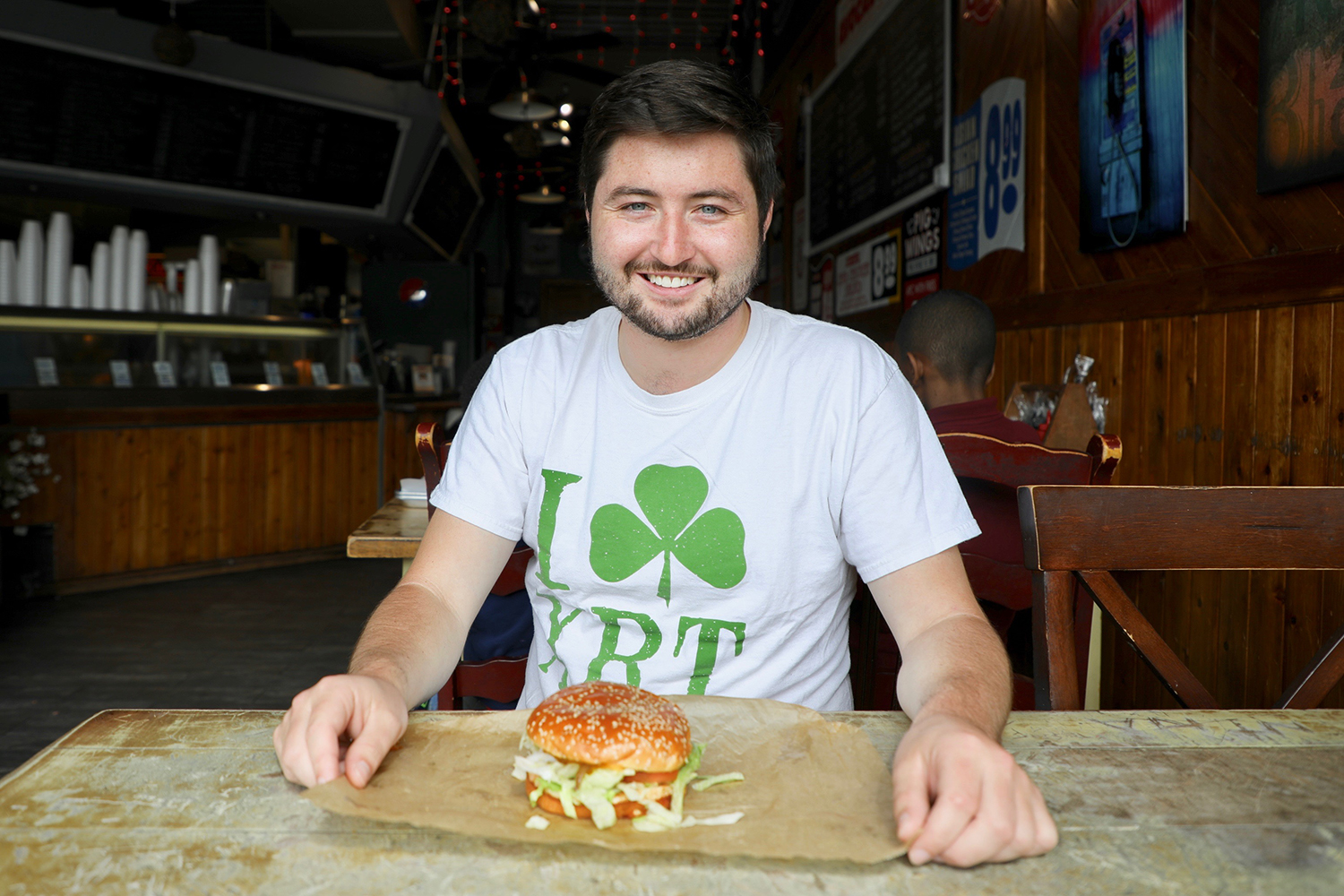 Conor MacNamara is a college enrollment advisor and lifelong South Sider from the Beverly neighborhood.

He loved hearing the Nicky’s origin story and how so many spin-offs still thrive today.

“I think it’s great,” he says. “It’s really fun that we have such an organic story about how it came about [with] people jumping on the bandwagon and using a strong name and associating themselves with a good burger. Then, it’s even better that they let the name spread and see it as a tribute to themselves instead of trying to shut it down. It gives it a nice local flavor to the South Side.”

We had him do a blind taste test to see how he thought the Big Baby stacked up against its alleged rival, the Big Mac. And Conor thought the South Side classic won, hands down.

It’s “got a lot more going on and definitely has more of a burger flavor,” he says. “More grilled flavor and the sauces aren’t as overwhelming and [it has] a better pickle ... McDonald’s is good but there’s something about the neighborhood joint.”

For fun, Conor says he indulges in other Chicago pleasures like chicken vesuvio, local music and Cubs games.

“Yeah, my dad grew up in Jefferson Park on the North Side,” the South Sider explains probably for the millionth time, “so he decided he still needed to bring me up to Wrigley for games when I was growing up.”

In between his job, and planning a trip around the world next year, Conor works for Pat Mac’s Pack, a charity he helped start for his late brother to raise funds for pediatric brain tumor research.

Monica Eng is a reporter for Curious City. You can follow her @monicaeng.