Chicago musician Chance The Rapper led hundreds of people to an early voting site after a get-out-the-vote concert Monday night in Grant Park.

“Show them what it looks like to get up and make a decision,” he told the crowd. According to event organizers, the show drew about 3,000 people.

But events like this can fall into “murky” territory when it comes to Illinois voting laws, according to an election official. 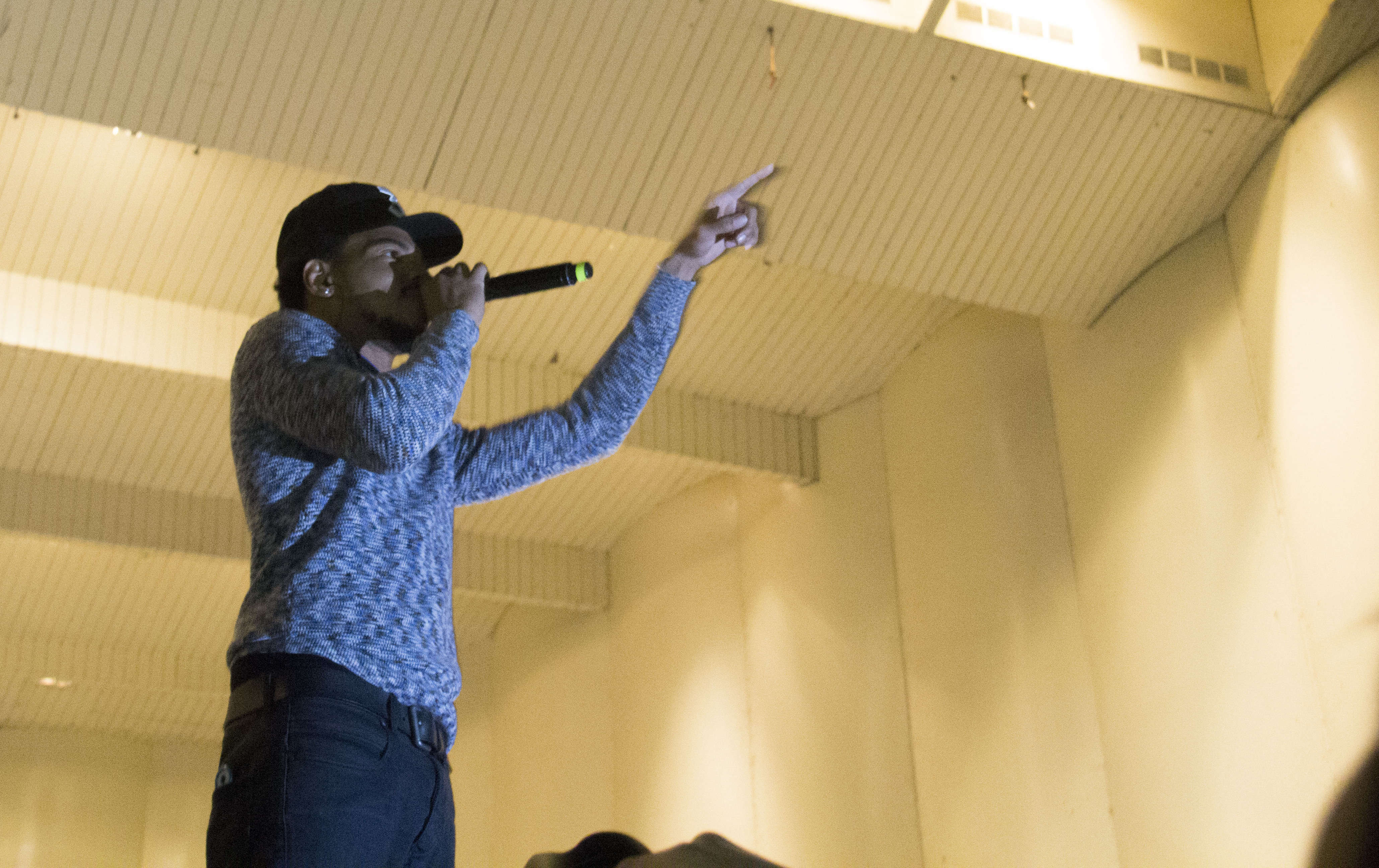 Illinois State Board of Elections General Counsel Ken Menzel said putting on a free concert to encourage people to vote is legal, but using the show to funnel voters into polling places could have been illegal under the state’s ban on vote buying, depending on how voluntary the final push felt.

But not everyone at the concert intended on voting after the show. Many in the crowd said they had already voted early, while others said they came for the concert with no intention of voting at all. Others, like Martin Taylor, changed their minds when they saw the mass of people.

“That line’s going to be ridiculous,” he said. He plans on voting on Tuesday.

By the time the parade reached the polling station, lines circled the block, but most of the 3,000 attendees had trailed off. 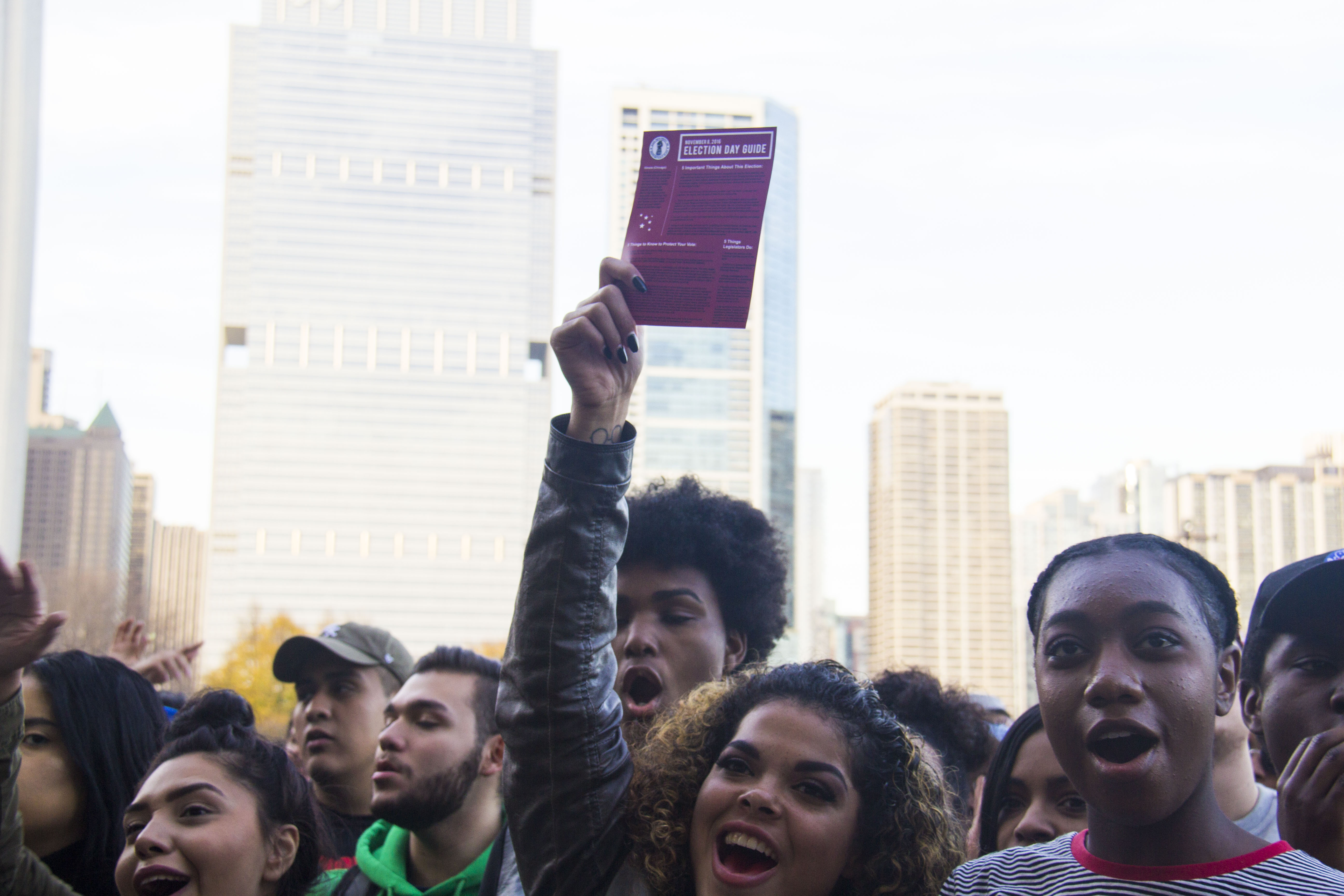 State law prohibits offering anything of monetary value to entice voting -- even if it is not for a particular candidate -- and Menzel said Chance The Rapper’s free concert could be interpreted as giving what is called “valuable consideration.”

It’s an issue many businesses and organizations run into when planning election-related events, Menzel said.

In Andersonville, Hopleaf gastropub had planned to give a free beer to anybody of legal drinking age who brought in a voter receipt Tuesday, according to owner Michael Roper.

After learning doing so would be a felony, Roper said the bar changed course.

“We are now just going to give a pint to everybody that comes in on election day,” Roper said. “However, we are encouraging people to show us their voter receipt. If they show it, we will smile and maybe be a little extra friendly.” 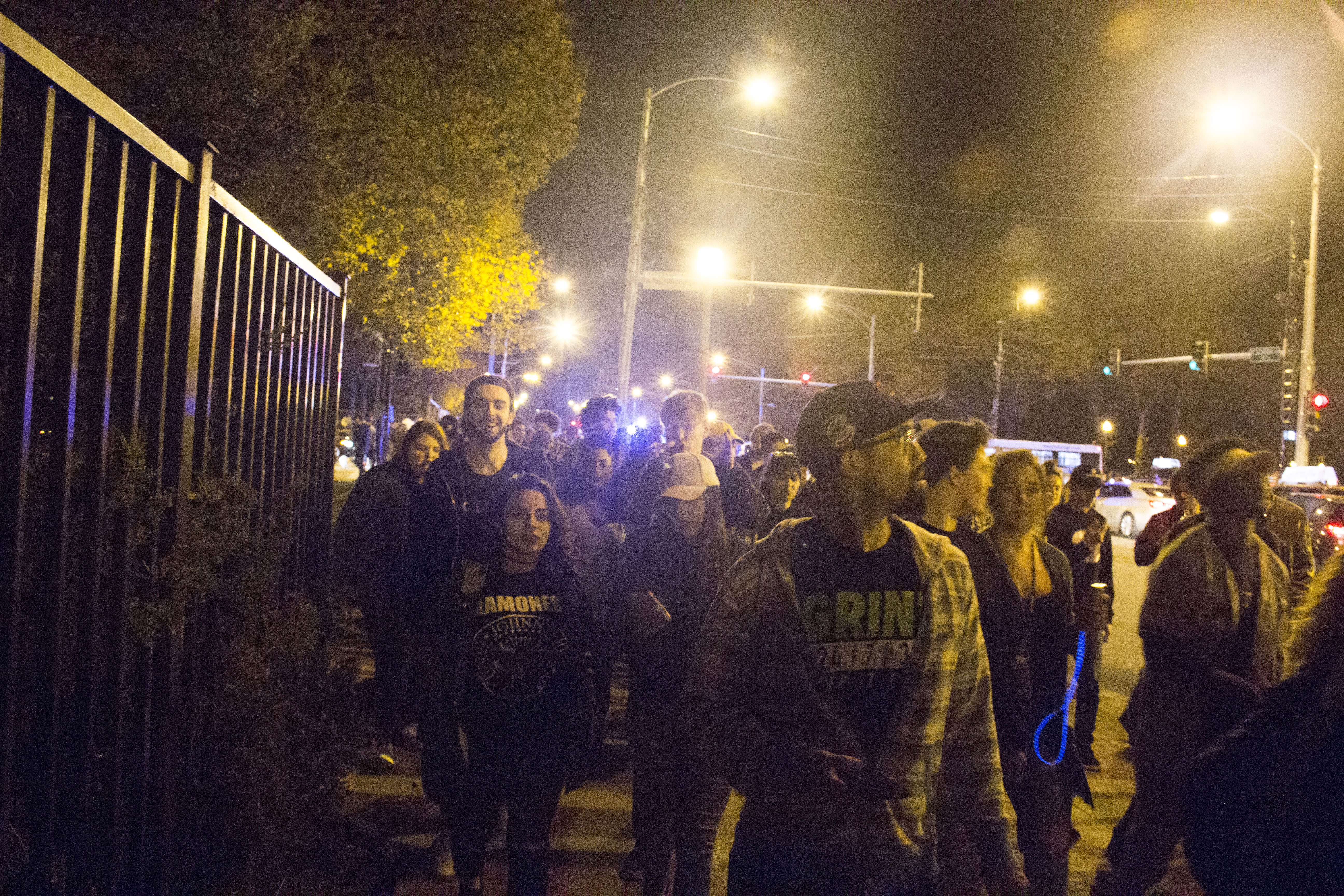 Kemdah Stroud, an organizer for Monday’s concert, said Illinois’ laws were carefully considered in the inception of the event. The group had considered at was changed from being billed as a “party for people who voted” but decided against that to avoid any legal trouble, and to keep it a welcoming event..

“A lot of people do not agree with most of the system quote-unquote does, which makes people fear politics,” she said “What we’re doing is saying ‘Hey, you don’t have to be intimidated. It’s not all just tough people telling you what you cannot do.’ We’re trying to create a positive image around politics.”

Organizers moved the concert from the Virgin Hotels Chicago to Grant Park earlier Monday in anticipation of a larger crowd.

Chance The Rapper concluded the event by playing several songs and telling the audience to “stay woke and vote.” He then led a crowd to the early voting supersite at 15 W. Washington St.

The concert was not the first time Chance The Rapper has encouraged young voters to take politics seriously. The Gresham native was outspoken after the city released a police dashboard camera video showing an officer shooting 17-year-old Laquan McDonald on the Southwest Side.