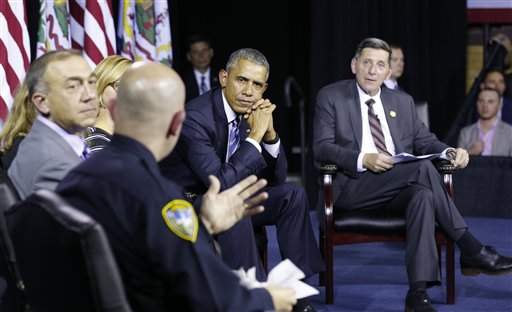 President Obama is headed for Chicago next week to address police chiefs gathering from around the world. The event is putting a spotlight on the push for criminal justice reforms.

Activists in Chicago are already holding what they're calling a counter-conference. And rallies against police brutality are being held around the country. NPR's Cheryl Corley reports.

UNIDENTIFIED DEMONSTRATOR: Rise Up October, we can't take it no more. 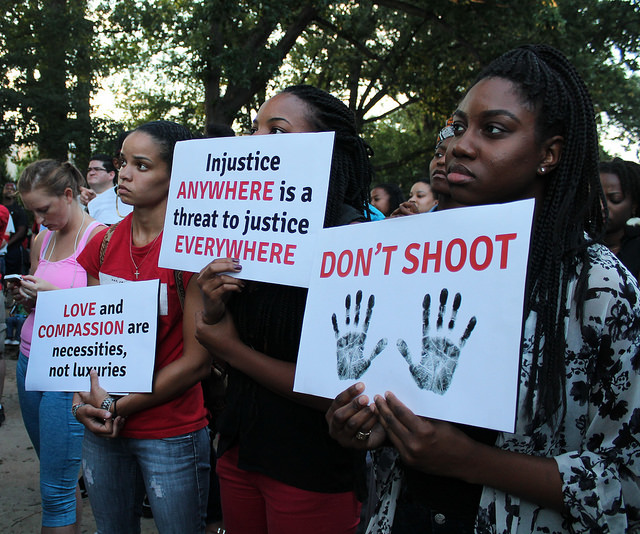 CORLEY: Protesters read the names of people, mostly black and Latino, who died in encounters with police. Maria Hamilton's son, Dontre, was shot to death by a white Milwaukee police officer last year.

MARIA HAMILTON: No family should feel the pain that me and my family are enduring right now. This system must be torn down and rebuilt. Rise Up October.

CORLEY: In the aftermath of protest and publicity about that death and others, there's been a push for reforms, from requiring officers to wear body cameras to calling for independent investigations of police shootings. Many of the country's top cops met with President Obama yesterday to talk about criminal justice reforms.

Next week, the president, who's set up a task force to address policing issues, will speak to the International Association of Chiefs of Police, one of the world's largest gatherings of law enforcement leaders. In Chicago, activists gathered in a conference of their own.

Camesha Jones, with Black Youth Project 100, says she commends the president's push for criminal justice reforms. But she and other activists have a different angle.

CAMESHA JONES: And we're calling for a divestment from police organizations [and] police agencies, because they're not keeping our communities safe.

CORLEY: Even so, Teresa Smallwood, with the Workers Center for Racial Justice, says the desire the police chiefs' group is extremely influential and has the power to change the culture of police departments. She says the activists have a list of demands they'll present to the organization.

TERESA SMALLWOOD: End the war on communities of color by ending the failed war on drugs. Support the creation of a special prosecutor's office in every police district. Curtail the power of police unions to undermine investigations into officer misconduct.

CORLEY: The activists plan to take their conference out of the building and into the streets Saturday, as they protest outside Chicago police headquarters. It's one of several rallies planned across the country, including one billed as a national protest against police brutality in New York. Cheryl Corley, NPR News, Chicago.