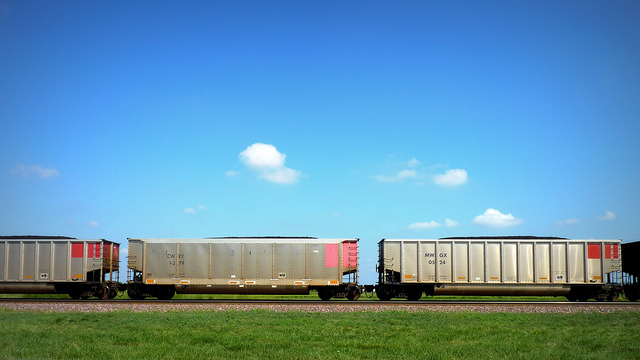 President Barack Obama laid out his plan to tackle climate change in a speech Tuesday at Georgetown University. The centerpiece initiative, limiting greenhouse gas emissions from existing power plants, is something environmental groups have long called for.

The speech, given in front of the same university building George Washington spoke from in 1797, effectively embraced a narrative that many environmentalists feared had fallen on deaf ears after the demise of cap-and-trade legislation gave way to a period of relative silence and inaction on climate change. Al Gore called Obama's remarks “by far the best address on climate by any president ever.”

Watch the President’s full speech here, and read the administration's climate action plan here. Here it is in graphic form.

The latest in a series of National Climate Assessments requested by Congress warned of dire consequences to inaction, many of which Obama acknowledged in setting the stage for his long awaited plan of action — climate change contributed to the swollen storm surge in New York harbor, exacerbating the effects of Hurricane Sandy; Midwest farms scorched by drought were then scoured by extreme floods.

So were the proposals as significant as the framing? The plan largely circumvents Congress, relying on a few key efforts:

Those are substantive steps, and not just when measured against the status quo doldrums. David Roberts at Grist has a great post on how Obama's seemingly bureaucratic indifference to the climate movement actually belies a pragmatic devotion to behind-the-scenes progress. And while it’s no carbon tax, exercising the Environmental Protection Agency's legal authority to limit carbon emissions just might be more effective.

Emissions reduction by regulation, instead of a sweeping market-based solution like cap-and-trade or a carbon tax, is a blunt instrument. But it's the one Obama has. And depending on how the rules shake out (Will offending power plants be given the option of offsetting emissions with investments in energy efficiency in and around their facilities, as well as reducing their own emissions? What role do state EPAs play?), the downward pressure on greenhouse gas emissions could create a de facto price for carbon in a roundabout way.

Though most observers expected him to avoid the issue of the Keystone XL pipeline, which would transport Canadian tar sands oil to the Gulf of Mexico, Obama made a surprise announcement about the controversial project (emphasis mine):

“Allowing the Keystone pipeline to be built requires a finding that doing so would be in our nation’s interest. And our national interest will be served only if this project does not significantly exacerbate the problem of carbon pollution. The net effects of the pipeline’s impact on our climate will be absolutely critical to determining whether this project is allowed to go forward.”

People on both sides of the issue were heartened by the announcement. It buoyed the hopes of those against the pipeline, but left sufficient wiggle room for the President to still approve the project:

Clarification to what @samsteinhp posted: Obama will say #KXL won't be approved if it would emit more GhG than not building it, sources say.

It’s still a major shift in the national dialogue — carbon is now at the center of what was previously too often cast as a jobs-versus-dirty-hippies dichotomy.

Before the plan was even on the table, legal challenges and political opposition were a foregone conclusion. A National Republican Senatorial Committee spokesman told The Hill that Obama’s plan will “effectively crush the economy in West Virginia, Kentucky, Alaska, Arkansas, and Louisiana — not to mention plenty of other states like Michigan.”  House Speaker John Boehner called it “absolutely crazy.”

The President’s opponents could use the Congressional Review Act, a law from the 1990s that lets Congress overturn agency regulations, or challenge the plan in court.

Anticipating political antagonism, Obama implored people to speak up, “push back on misinformation,” and “broaden the circle of those who are willing to stand up for our future.” He also apparently endorsed, in passing, the burgeoning divestment movement underway on hundreds of college campuses. (Or if not their campaigns explicitly, their central message of divesting from outmoded and uneconomic technology.)

“The question now is whether we will have the courage to act before it’s too late,” Obama said. “We don’t have time for a meeting of the Flat Earth Society.” That barb turned out to be more pointed than perhaps the President intended — even the leader Flat Earth Society (yes, it exists) believes the (flat) Earth is warming:

Even the president of the Flat Earth Society now thinks humans are warming the planet: http://t.co/qlS4869DAb