An off-duty police commander was shot and killed Tuesday afternoon in downtown Chicago after he spotted a man matching the radio description of an armed suspect officers were chasing on foot, the city's police superintendent said.

Cmdr. Paul Bauer was shot multiple times after he "saw the offender and engaged in an armed physical confrontation," Superintendent Eddie Johnson said. He choked back tears as he spoke to reporters outside Northwestern Memorial Hospital, where Bauer was pronounced dead.

The shooting occurred near the James R. Thompson Center, the state government office building. Johnson said officers initially confronted the suspect because he was acting suspiciously. Police captured the man a short time later, and a gun was recovered at the scene, he said.

There were initial media reports that the man may have been involved in the robbery of a local business, but Johnson did not provide details about what the man was doing that prompted officers to want to speak with him.

Witnesses to parts of the incident near said they heard gunshots.

"I was walking down the street and I heard 'pop pop pop pop pop,'" Noreen Danko, who was walking to her office nearby, told the Chicago Tribune. "And I said to the girl next to me, 'Is that what I think it is?' And she said 'Yep.' I said 'Aw geez.' And everybody is scurrying all over and I see the police head to the stairs there. There's a stairwell there. And it goes downstairs. I heard that the door is locked there. It used to be a pedway, but now, for security reasons they have it locked."

She told the paper that she saw officers lead the shackled suspect away and put him in a squad car, and then watched as emergency workers administered CPR to Bauer, who was lying on a stretcher, before he was put inside an ambulance and rushed to the hospital.

"I just ask the citizens of this city to keep the Bauer family in their prayers," Johnson said before he turned and left the briefing.

Mayor Rahm Emanuel offered his condolences, too, calling Bauer's death "a tragic reminder of the dangerous duty the men and women of our police department accept to ensure the safety of us all." 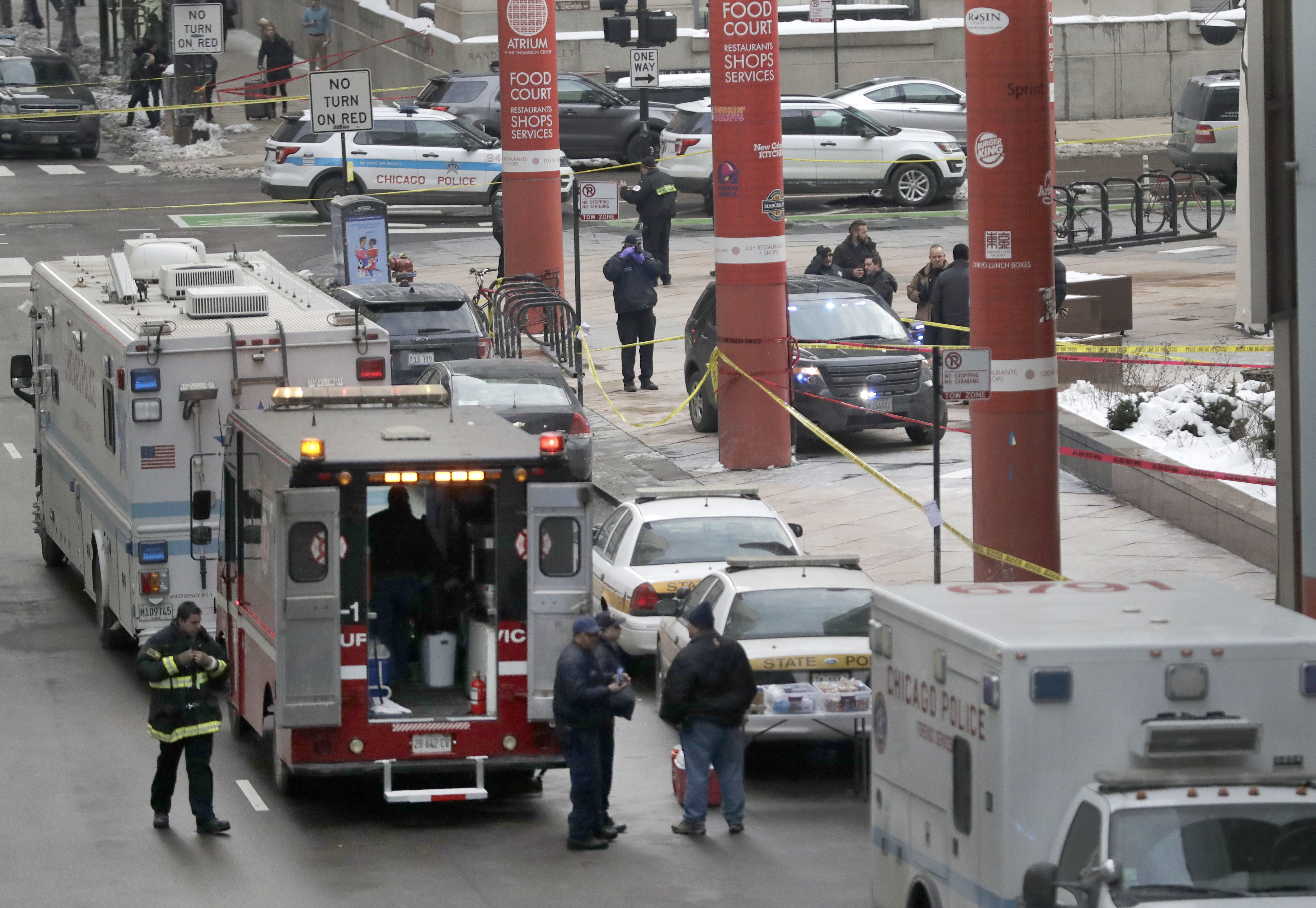