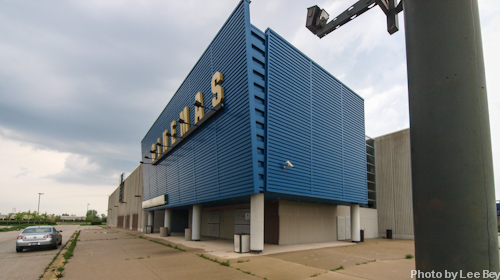 My recent travels took me to 62nd and Western where the closed ICE Theater has sat idle for a couple of years now.

The ICE 62nd & Western 10 theater was one of three then state-of-the-art Chicago multiplexes built by the ICE Theater chain in 1997. With locations at 87th and the Dan Ryan and on Roosevelt Road in the North Lawndale community, the theaters brought first-run movies to those areas for the first since at least the early 1980s.

But hard times hit the multiplexes nationwide. According to the National Association of Theater Owners, there were 6,900 indoor movie theaters in the U.S. in 1997, the year the ICE Theaters opened. The amount plummeted to 5,543 when the ICE 62nd & Western and ICE Lawndale 10 closed in 2007. 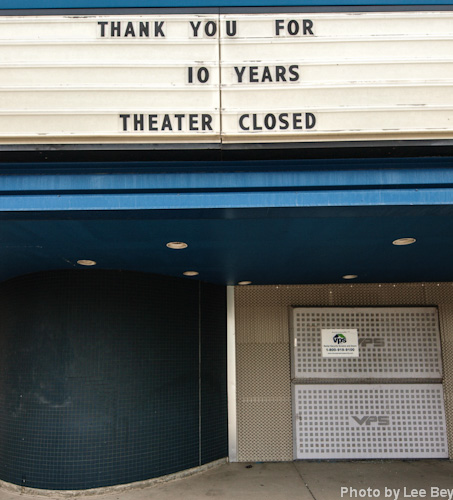 The theaters, which all have the same design, are good-looking buildings, as the 62nd and Western multiplex shows. Rather that the typical blacked-out concrete box, the theaters were stylish, modern and bright – the work of architecture firms Solomon Cordwell Buenz and Johnson & Lee. 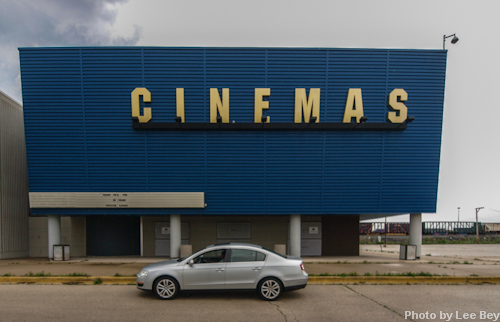 The good news is the ICE Lawndale theater reopened in 2011, thanks to a multi-million dollar infusion of state new market tax credit funds that allowed the chain to also renovate its theater at 87th and the Dan Ryan. The two theaters show a mix of first-run films, occasional classics such as Claudine and sophisticated independent films predominantly by black filmmakers in the U.S. and across the globe.

Here's hoping the lights can come on again at 62nd and Western.