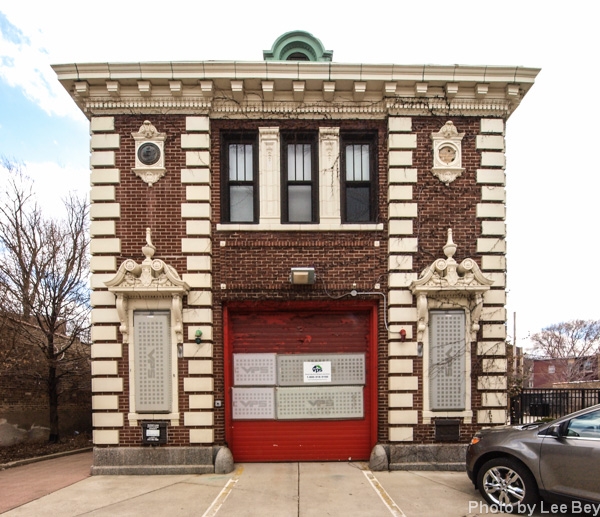 The city this week has begun seeking reuse proposals for a former Chicago firehouse.
Under the city's request, issued Wednesday, the ornate two-story firehouse, 5720 N. Ridge, could be reused as "a commercial and/or not-for-profit development focusing on arts, recreation or culinary activities that are open to the public." In other words: A nice place to visit, but you couldn't want to live there. "Residential uses will not be considered," a summary of the requests states.
Other forbidden uses include gas stations, payday loan establishments, currency exchanges, liquor stores or pawn shops. The building is also a protected city landmark.
Built in 1929, the building was the home of Chicago Fire Department Engine Company 59, Truck 47. Firefighters there moved to a new facility at 6030 N Clark St in 2008. The retired firehouse is among a cluster of vacant city-owned properties now up for sale including the 88-year-old former Stock Yards National Bank, 4146 S. Halsted; the tattered Ramova Theater near 35th and Halsted and more.
The target price for the Ridge firehouse is $360,000, although price is not seen as a minimum bid by the city. An open house for prospective bidders will be held May 21. Responses are due August 1. The city's RFP can be read here. The document includes more photos of the building, zoning maps, historic images of the old firehouse in action and an 1928 architectural rendering.