NPR reporters are returning home this summer to see how the places they grew up have changed — from the economy to schools to how people see their community and country.

Once proudly called the “Gateway to the South Suburbs” of Chicago, Harvey, Illinois used to be a blue-collar powerhouse. Dozens of manufacturers used to employ thousands of workers. But ever since the factories closed and other businesses left town, it’s been a long fall for Harvey. Today, the village is struggling to survive.

I spent most of my adolescence in Harvey. I really had not visited since graduating from high school in the 1970s, and my return was bitter sweet.

By 1960 nearly 30,000 people lived in Harvey — a number that remained firm throughout the 2000 census. Today’s population is about 25,000 and more than a third of the village’s residents live below the poverty line. The median income is under $14,000. The village’s challenges also include a dwindling tax base and high levels of unemployment and crime.

A drive through Harvey’s downtown today is in stark contrast to the bustle of years ago. There are a few banks, a thriving hospital and a YMCA but they are vastly outnumbered by vacant and boarded up businesses.

On the street where I lived, about a mile from Thornton High School, the home with the big yard that my parents were so proud of is abandoned and a tattered wreck. The sky is visible through the roof. The awnings my mother added to the structure are faded and frail. The tree I planted in the back yard is towering and strong but the fence that surrounded the property is gone and boards cover some of the windows.

There are more than 1,000 vacant and abandoned properties in Harvey. Anne Davis, a retired teacher and union official who lived in Harvey for nearly four decades before leaving, says it’s so disappointing. She and her husband bought a home in Harvey in 1963. Davis says real estate agents steered black homebuyers to the West side of town and whites started moving out. “We woke up one morning and said,’ Wow, what happened to our neighbor?’ The racial makeup of the town changed dramatically from the 1960s to the 1980s with the African-American population increasing from about 7 to 66 percent.

Despite the racial tension that came with that turnover, Davis says Harvey was a good place to live for years. It boomed with factories like Allis-Chalmers and other industrial giants. There were car dealerships, jewelry stores, and all kinds of restaurants, a movie theater and a vibrant downtown. “The question becomes, what happened?” Davis says. 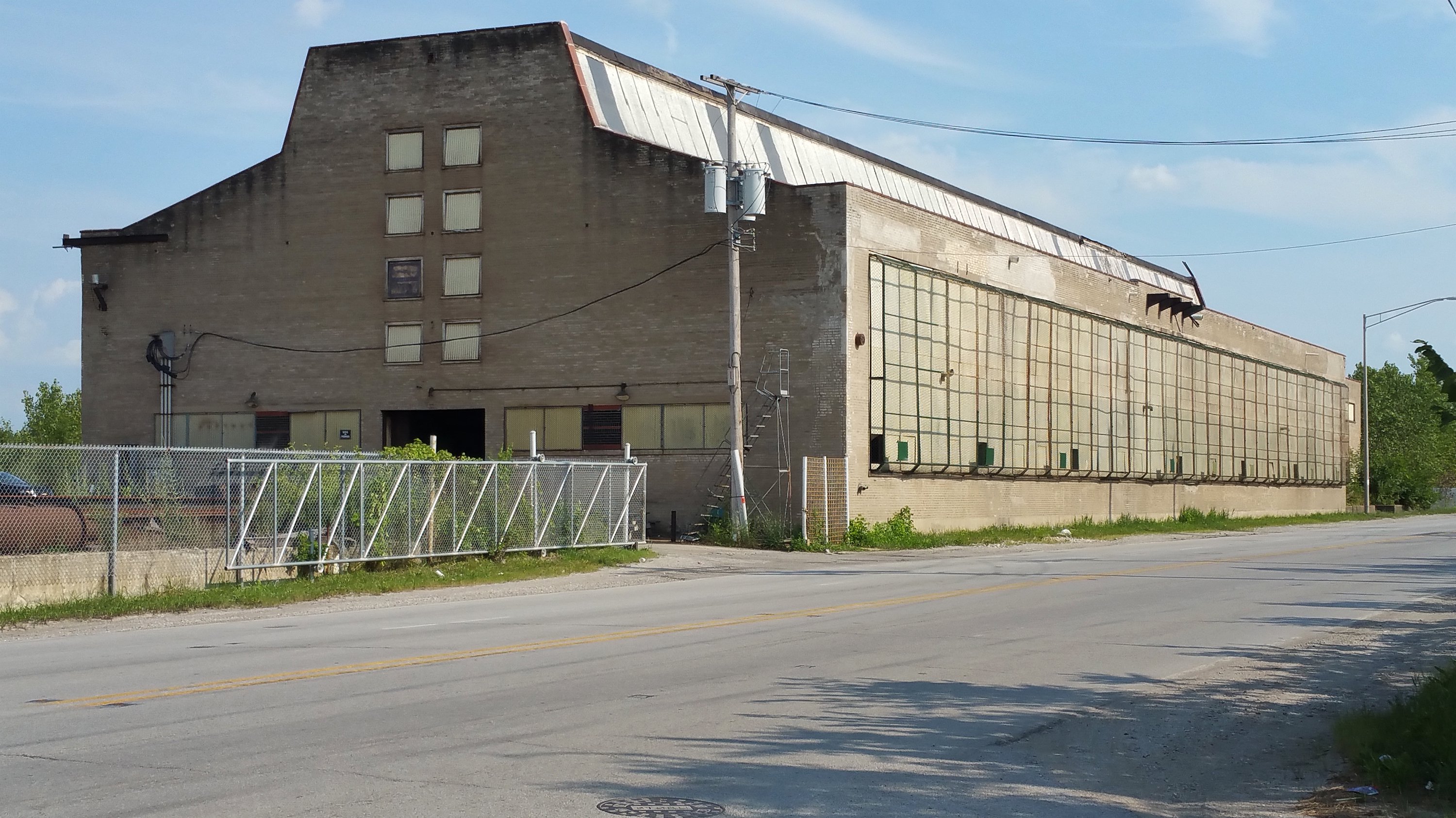 There’s a ghostly reminder of what happened at the northern edge of town. That’s where the Wyman-Gordon factory sits empty like a huge, hulk of a shell. The company employed nearly 3,000 people at its forging plant before it shut down in the mid-1980s. Plenty of other manufacturers that called Harvey home dried up or left. Other businesses followed and so did many residents.

One of the strongest examples of Harvey’s struggle is over on Dixie Highway, a main thoroughfare. Fifty-seven acres alongside the street used to be home to the Dixie Square Mall. Before its demise, Dixie Mall lured thousands of shoppers to Harvey. It was the first enclosed shopping mall in the area and home to more than 60 stores. It was only open, though, for 13 years, from 1966 to 1979, as the suburbs’ once flourishing economy began to flail. 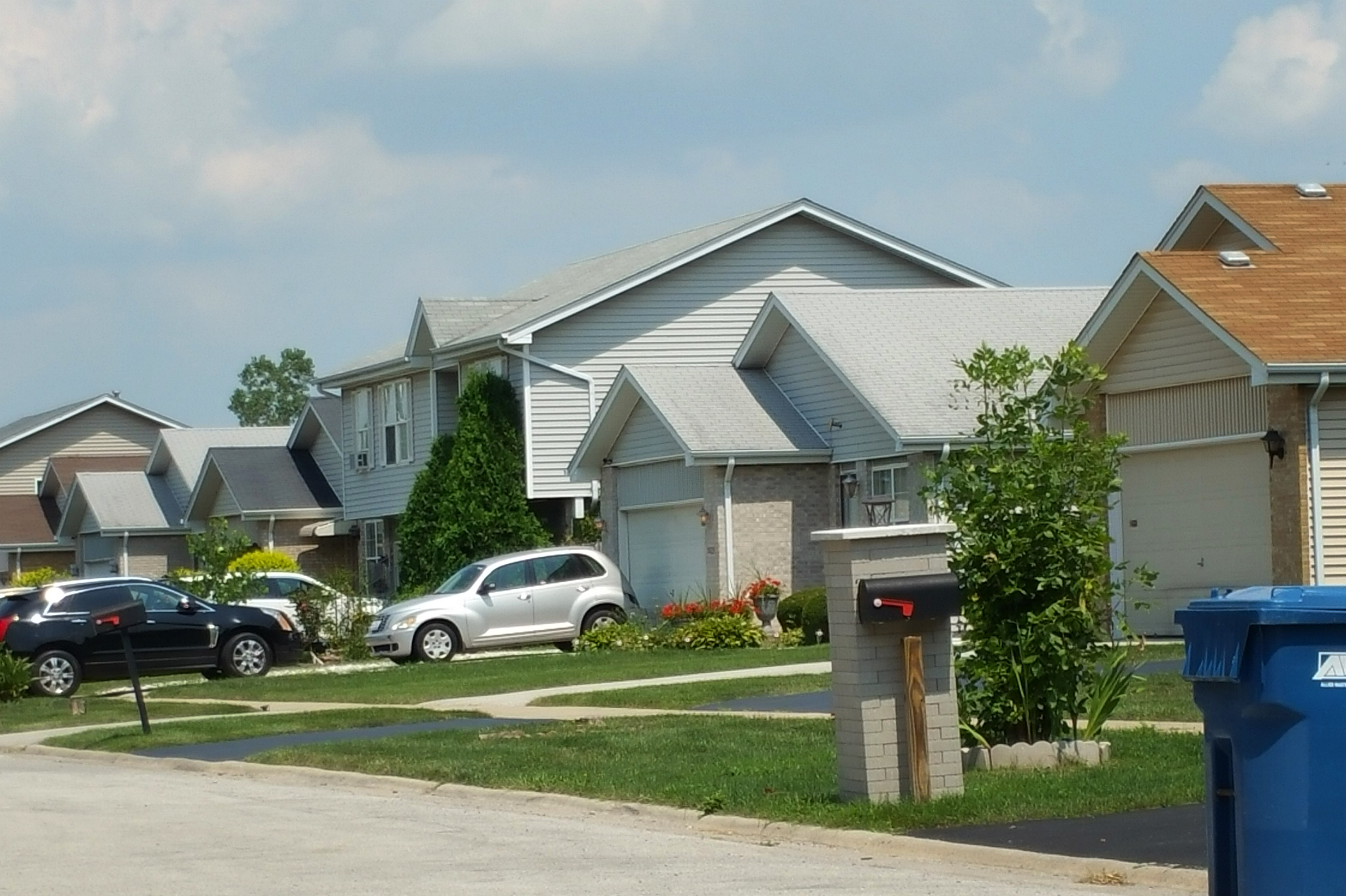 Its claim to fame came once it was defunct — when Hollywood came knocking. The mall was trashed during a legendary chase scene in the 1980 Blues Brothers film. Efforts to revitalize the mall fell flat and for years it was a huge crumbling eyesore until it was finally demolished in 2012. Today, there are some signs of life on the Dixie Mall site. It’s home to the Harvey Police Station, a state office building, a Senior Housing Center and at one corner a new bar and grill that is also a venue for concerts and other events. Co-owner Joseph Brooks says he was able to get a good deal on the property and it’s an opportunity for him as well as the city. “It will allow me to bring employment to the black community,” says Brooks. 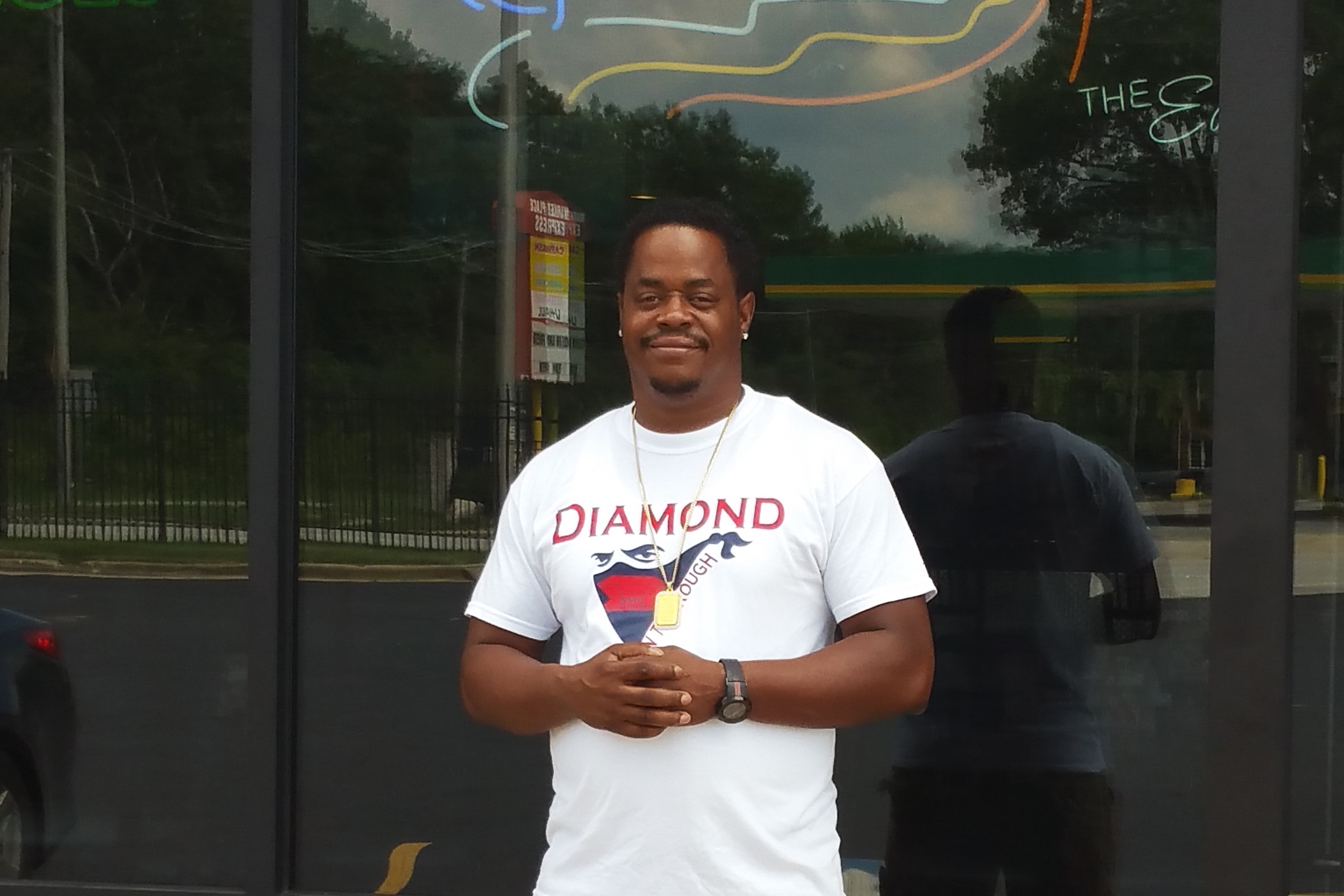 Bringing jobs and business back to Harvey is the first item on the agenda for many in Harvey but financial scandals and political infighting at city hall — including battles over tax levies — hasn’t helped matters much. Last year, Harvey residents voted in term limits for city officials. Mayor Eric Kellogg, serving his fourth term, says the turmoil has not only damaged his reputation but efforts to boost economic development. He promises that he’ll be able to take steps to improve Harvey’s image before he leaves office in 2019.

It’s not all bad news in Harvey. The Chicago suburb still has some beautiful homes and a few factories remain.

My alma mater, Thornton Township High School, and its sprawling campus is the home of the Wildcats and the place where I made life-long friends and joined a speech team that helped spark a career. In the main hallway, there’s a big welcome sign in English and Spanish. The school’s colors, purple and white, are on display all throughout the school. Seventeen-year-old senior, Asya Bost, says she’s definitely “Thornton proud.” Bost likes Thornton’s racial diversity and the opportunities it provides in addition to academics. She’s the captain of Thornton’s spoken-word team and also on the speech team. “I’m involved in a lot of extra-curriculars and that’s what I like best about the school,” she says.

When I attended Thornton, two-thirds of the nearly 4,500 students were white. The rest were mostly African-American. Four decades later, overall enrollment in the school is down and it’s now more than 90 percent African American. Latinos make up 7 percent of the population and the number of white students and those other ethnicities is miniscule. 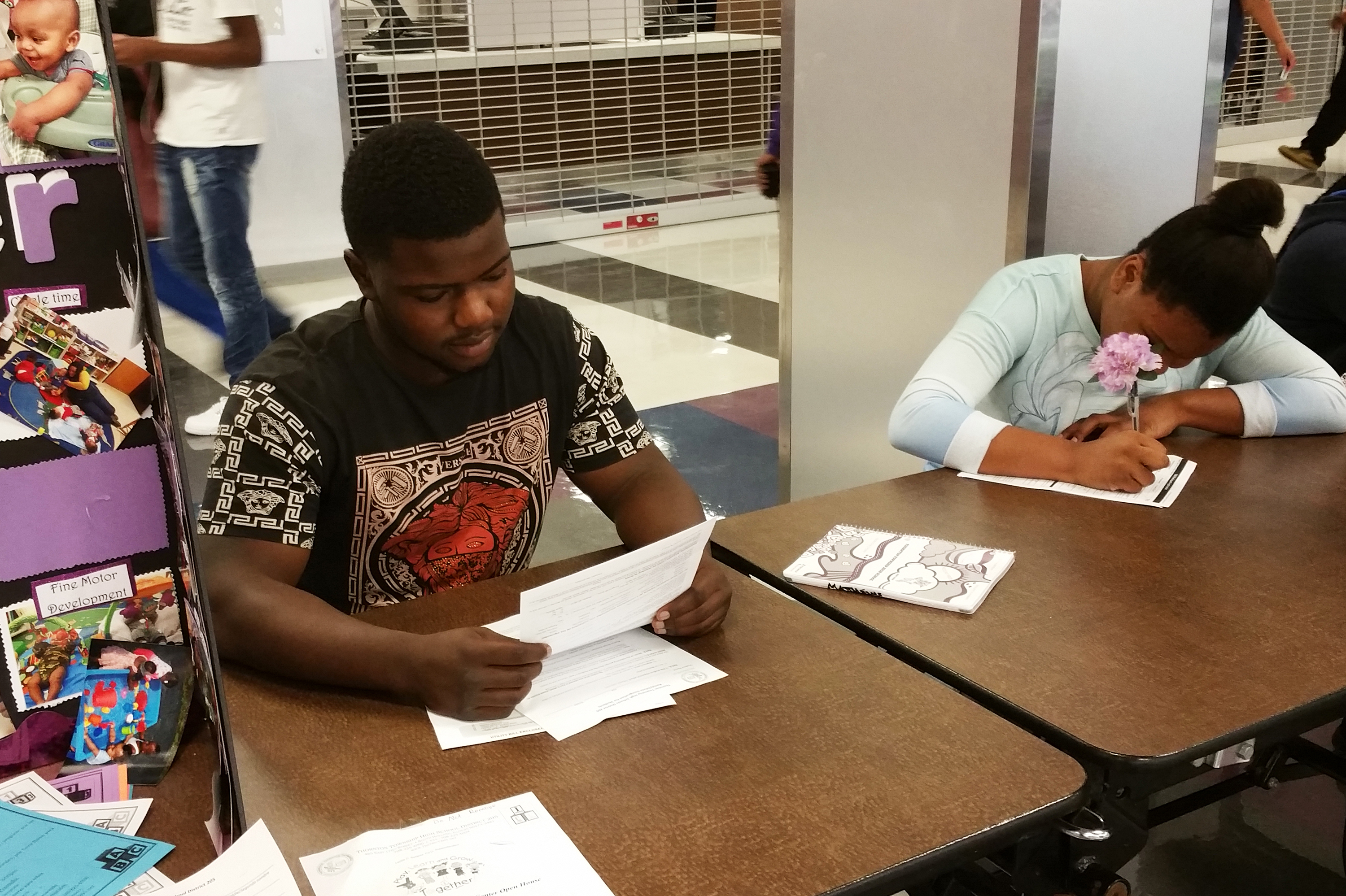 Principal Tony Ratliff, a Thornton graduate, says the economy has a lot to do with the shift in enrollment. “Because of the economy, we’ve lost homesteadness,” he says, adding that the school district has a high rate of mobility.

Even so, Ratliff points to the school’s state-of- the art science and computer labs, and its rehabbed stadium and track as examples of how well Thornton Township High School is doing compared to the challenges surrounding areas face. 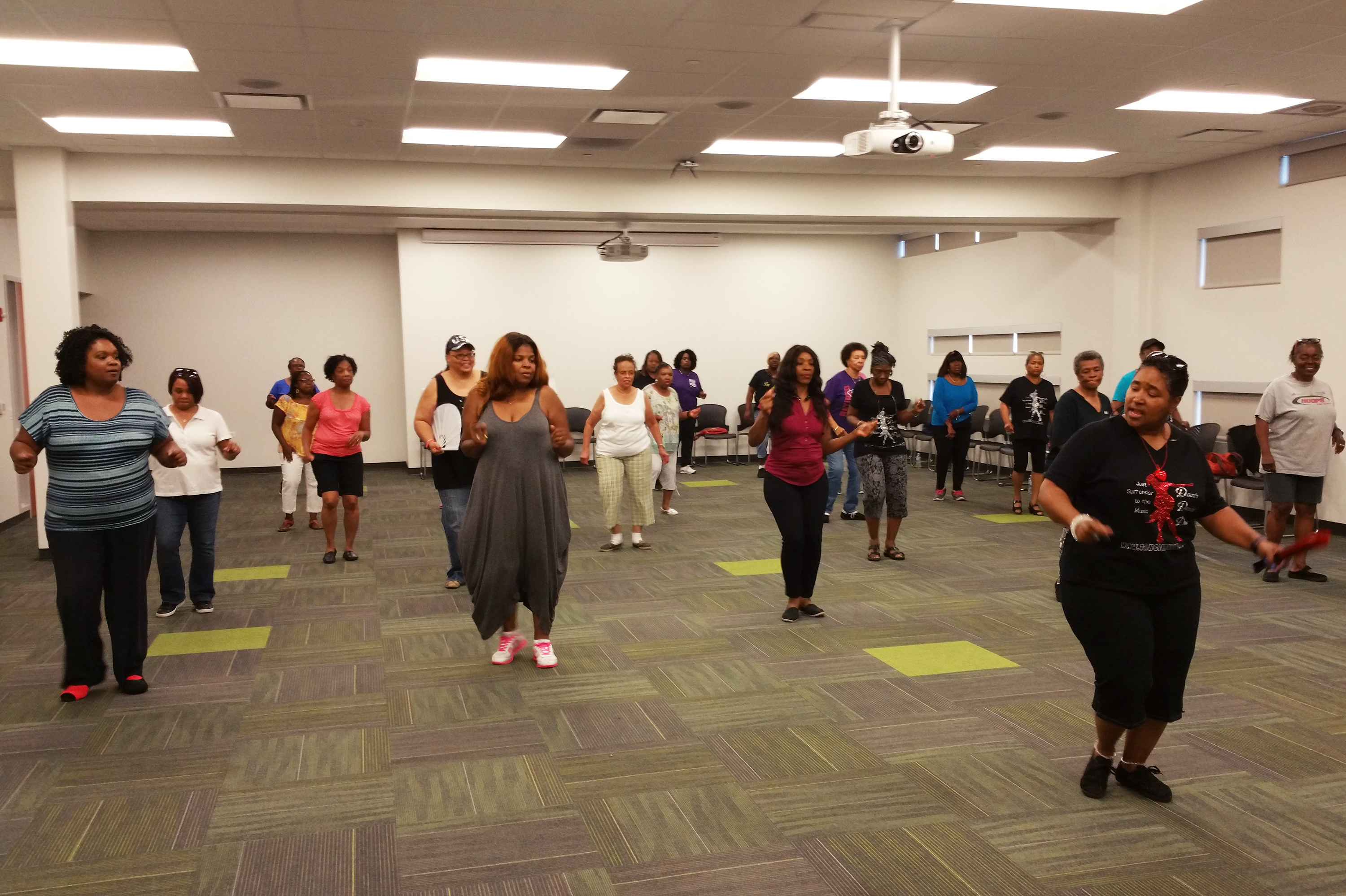 In recent years, a developer built a subdivision of housing and the library where I used to study looks brand new. There are separate spaces for teenagers and preschoolers, plenty of computers and charging stations, even a café and fireplace. The library underwent a complete renovation. “I’m really working with a shoe-string budget but when people come in I want them to have a ‘Wow, this is a nice library’ effect,” says Library Director Sandra Flowers. The library also offers a variety of services for its patrons including an adult line-dancing class on Tuesday nights. Antonia McBride, head of Circulation and Adult Services, grew up in Harvey. After graduating from college, in 1991, she returned home to work in the Chicago-land area. Although, McBride later moved and lived in other suburban areas for a number of years, she returned to her family home in Harvey in 2009. McBride knows that lots of young professionals won’t follow her lead but she hopes that will change. “I hope it will get to the point where people see the value in Harvey and see it as a location that could be prosperous again,” says McBride. But, she adds, she doesn’t think that will happen anytime soon. 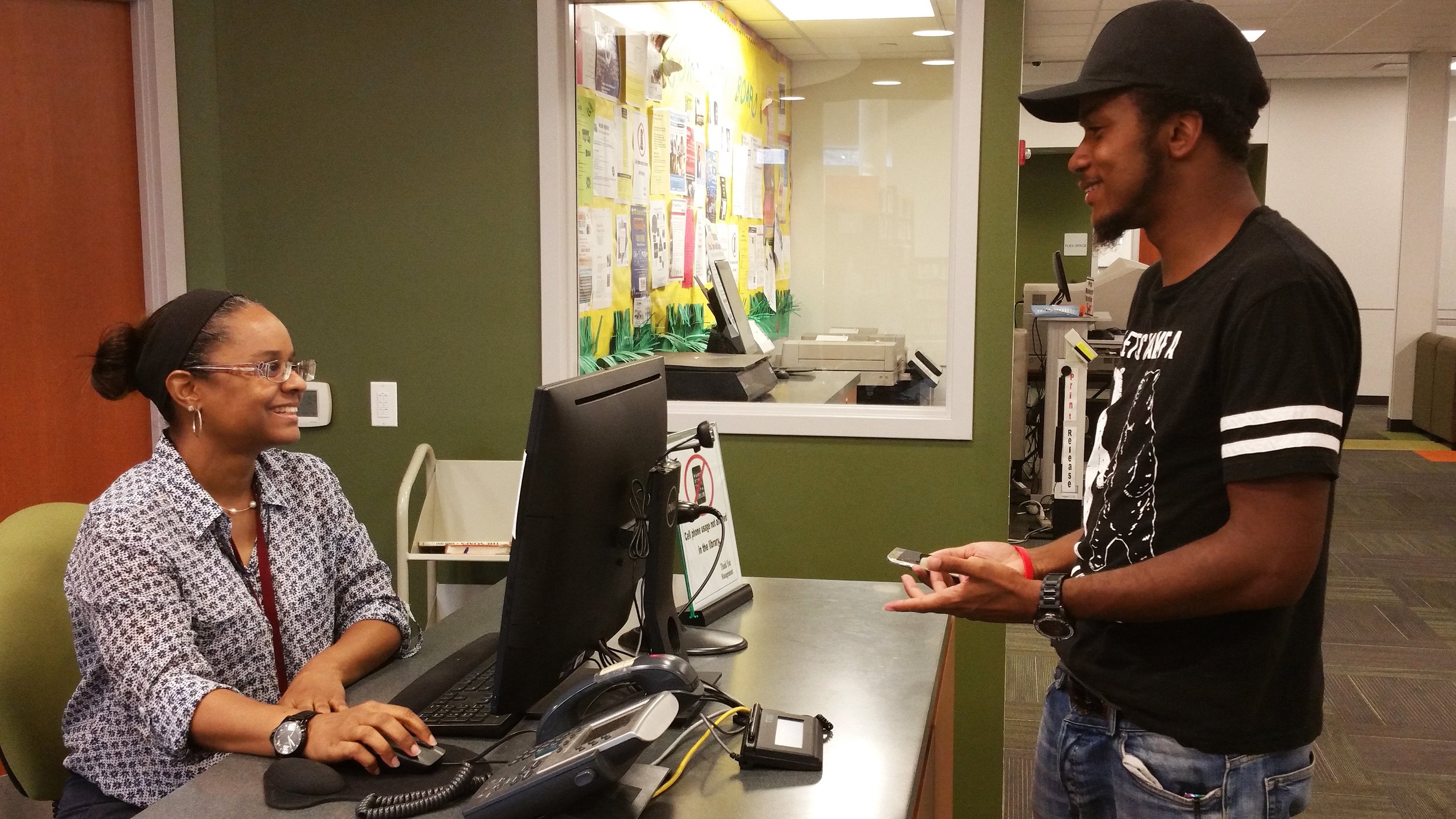