Chicago had 30,000 people in 1850. It was becoming a big city. Folks here were getting sophisticated. Women were even buying spittoons so their husbands didn’t spit the tobacco juice on the floor any more.

And on July 29th, the world knew that Chicago wasn’t just some backwater little village. An opera company had come to town! 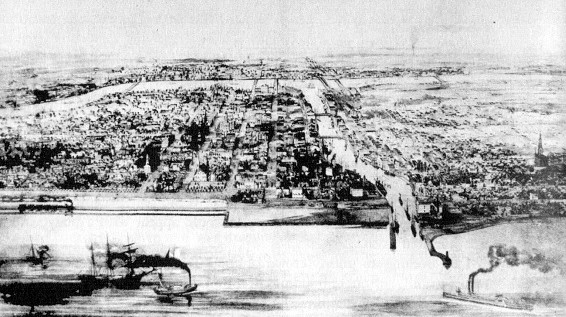 Well, it wasn’t exactly an opera company. It was actually four professional singers who’d been performing in Milwaukee, a real backwater little village. Still, this was an actual opera. Opera was big news in 1850.

In New York, P.T. Barnum was paying Jenny Lind – "The Swedish Nightingale" – $1,000 a night to perform. Chicago’s first opera didn’t have Jenny Lind. But the local promoters were crafty enough to choose one of her biggest hits for their first show, at Rice’s Theatre. The opera was Bellini’s La Sonnambula.

Four singers are not enough for an opera. As a result, the Chicago cast was filled out with local amateurs. A few of them had good voices, most of them didn’t. Rehearsals were – I think “confused” is a good word to describe them.

(Does this sound like the plot of some bad old Hollywood movie yet?) 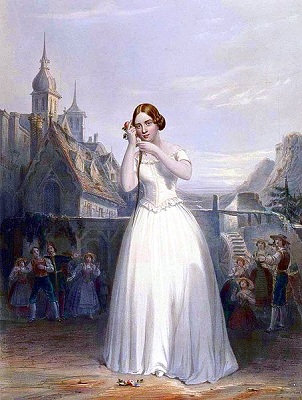 In any event, the grand premiere went off on schedule. Rice’s Theatre was jammed. And just like in 2012, the opening night crowd really dressed up. The men were wearing swallow-tail coats, the women had on long gowns and were carrying lorgnettes.

Just like in one of those bad old Hollywood movies, the show had problems. The audience kept applauding at the wrong time – whenever one of the hometown amateurs showed up on stage, friends in the audience would stand up and cheer. Meanwhile, one of the extras named James McVicker sang so loudly he drowned out the rest of the singers.

The cast slogged through to the finish. And everybody loved it! The whole town was talking about Chicago’s first opera.

The next day’s performance didn’t fare as well. A fire in a livery stable across the alley halted the opera. “Sit down!” theater owner John Rice thundered at the nervous audience. “Do you think I would permit a fire to occur in my theater?” 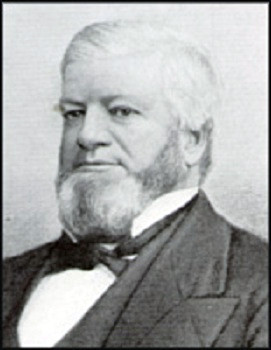 Then it became apparent that the blaze was spreading to the wooden theater. Despite some panic, everyone got out safely. Rice’s Theatre burned to the ground.

So ended Chicago’s first, abbreviated opera season. James McVicker, that booming-voice spear carrier, later built the city’s finest theater. And though John Rice couldn’t stop a fire, he found more success in politics. In 1865 he was elected Mayor of Chicago.