While consumers might seek out organic food for its purity, organic farmers have a reputation for being anything but.

A study conducted by Southern Illinois University Carbondale found that farmers who go organic are often subject to a “weedy field bad farmer” mentality in their communities, a social stigma organic corn and soybean growers face for having mare’s tails and pigweeds poking their raggedy heads up through the neat rows of cash crops.

Researchers at the University of Minnesota found that the judgment can be so harsh, it’s an actual risk factor conventional farmers who are interested in transitioning to organic should consider before making the switch.

Organic farmers are a rare breed. Nationwide, fewer than 1 percent of all farm operations are certified organic. In the Corn Belt, they’re even fewer and farther between. In Illinois, for example, of the state’s nearly 20 million acres of cropland, only a smidgen -- 0.15 percent -- of it is USDA certified organic. 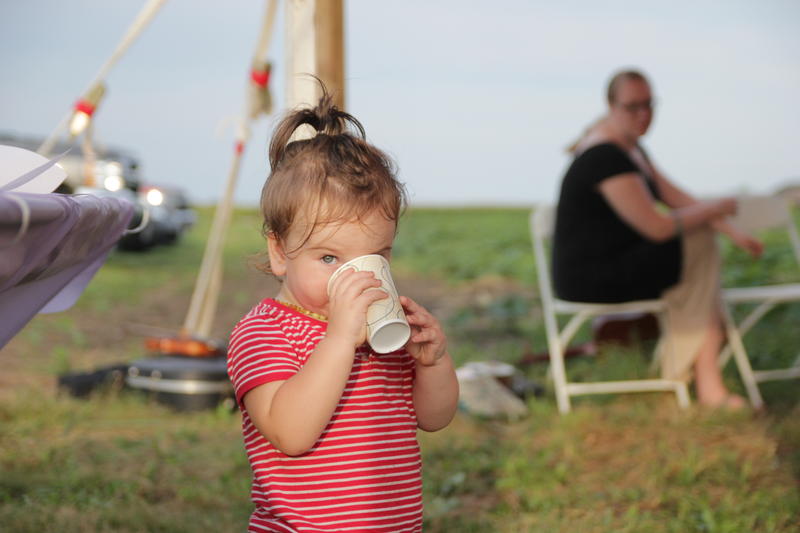 For corn and soybean farmers, being certified organic boils down to avoiding a laundry list of synthetic materials - like pesticides that kill bugs and weeds - and not planting genetically modified seeds.

Dane Hunter, a conventional corn and soybean farmer from southern Illinois, said the social stigma of having a “dirty” field is a big obstacle.

“A lot of organic fields, compared to conventionally herbicide-managed fields, just have a lot more weeds in them, which is kind of a faux pas for the agriculture community,” said Hunter, who is interested in transitioning part of his family’s 1,200-acre grain farm into an organic operation.

Hunter said it’s especially a barrier for older farmers, like men in his father’s generation, who base their merit not on the success of the farm business, but on having, weed-free, pretty fields.

“There’s a lot of behind-the-scenes chastising of organic fields,” he said.

“I used to be that way, too,” agreed Tom Yucus, an organic farmer who grows 480 acres of grain in the center of the state. “If I’d see weeds in somebody’s field, I’d say, ‘Oh, what’s wrong with him?’”

Yucus turned to organic farming for a number of reasons, including money. Organic grain typically sells for anywhere from two to three times as much as a conventional crop, which means organic farmers don’t have to farm as many acres to make a decent living.

But Yucus, whose farm has been certified organic for more than a decade, said now he’s committed to farming organic grain for more reasons than economics. 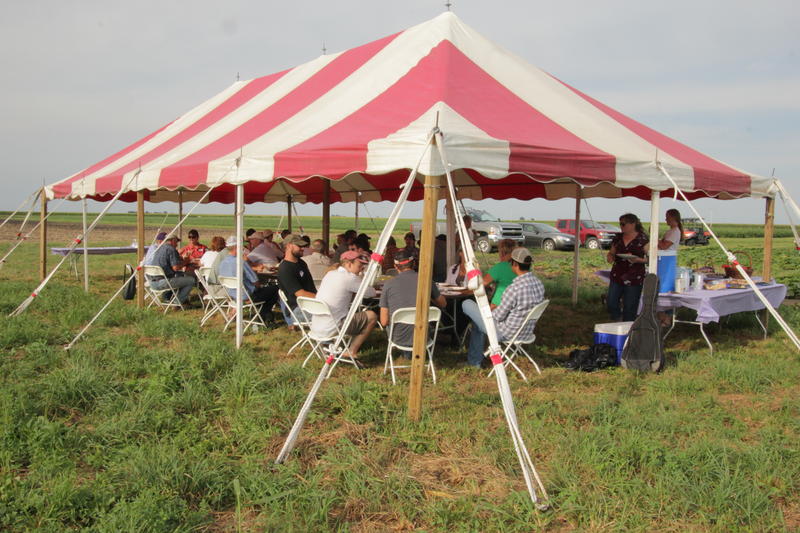 “It’s just a change in mindset,” he said. “Everything you do affects the land and your food, so you know, keep it simple and don’t add synthetic, non-natural stuff.”

Colleen Yucus, Tom’s wife, struggled to adopt her husband’s new mentality, especially when it came to her weekly trip to the grocery store.

“I think I was like a lot of other people that had the mindset that if food was on sale at a chain grocery store, that was wonderful and that’s what I was gonna buy,” she said.

The differences in opinion led to a few minor marital disputes, but in the end, Tom managed to convince her.

“My husband had a good point,” Yucus recalled, with a smile. “When I didn't want to buy organic potatoes that were $2 a pound, he came to me and said, ‘Look at this bag of chips. How much did you pay for this bag of chips?’ And I said, ‘$3.58.’ And he said, ‘How much per pound would that 8-ounce bag of chips be?’”

The answer is $7.66, which means she could buy nearly four pounds of potatoes. When doused in olive oil and fried, that amounts to a lot more potato chips than you’ll get in an 8-ounce bag.

“The healthier eating, the non-processed foods, has just become so much more a part of our lives,” Colleen said. “I’m really happy he chose to start being an organic farmer and I’m really proud of him.”