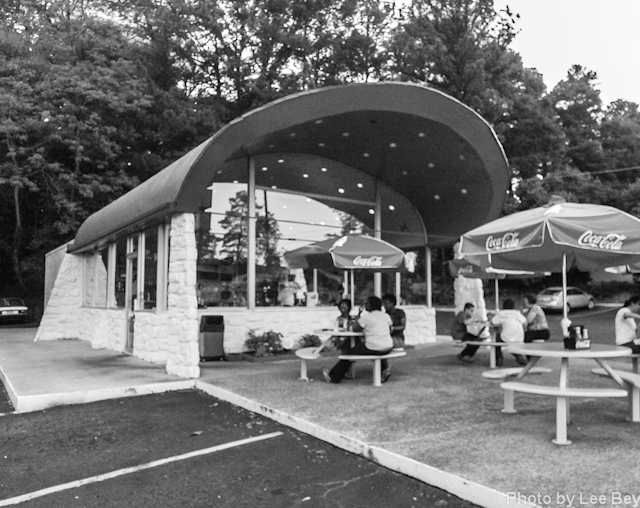 My daughters and I were in the Atlanta area last weekend when we stumbled on this bit of well-tended midcentury roadside architecture just outside of Decatur, Georgia.

The restaurant is called Kitsch'n 155--a name that plays nicely off the restaurant's postwar, kitsch styling. The building, built in 1969, was originally an Arby's restaurant. With a curved roofline designed to resemble a Conestoga covered wagon from the old west, these restaurants--and a neon 10-gallon hat sign that read "Arby's Roast Beef Sandwich is Delicious" dotted the U.S. landscape beginning in 1964.

Most first generation Arby's franchises were either demolished for newer restaurants or sold off for other uses in the 1970s and 1980s. Kitsch'n 155 owner Randy Stewart told me his year-old restaurant was previously a pizza joint. 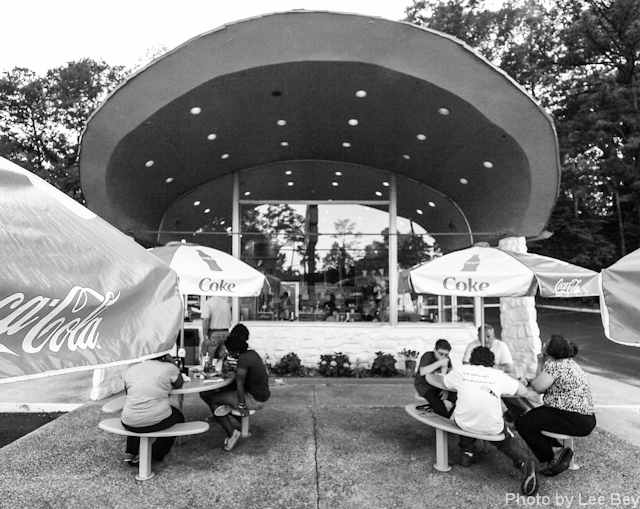 Stewart and his wife Lisa restored and remodeled the former Arby's into the current retro-style restaurant where burgers are big--and good--and the shakes are creamy. There is no drive-through; bathrooms are around back. Lisa said the biggest revelation was finding and restoring an original lighted, curved ceiling hiding above a dropped-ceiling added after Arby's vacated the building. The find makes all the difference: 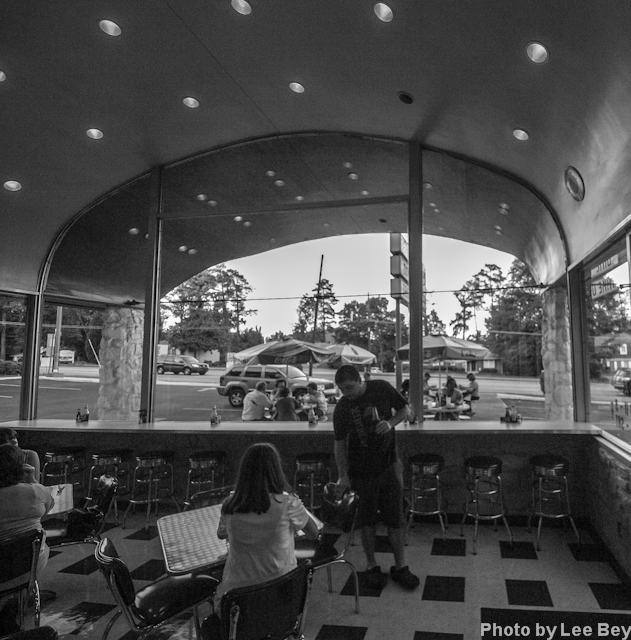 Given franchise architecture is among the most ephemeral building forms--look at how the once-ubiquitous mansard-roofed McDonalds are now vanishing--to see an original design reused, but still recognizable, is a kick as well as a nostalgia trip.