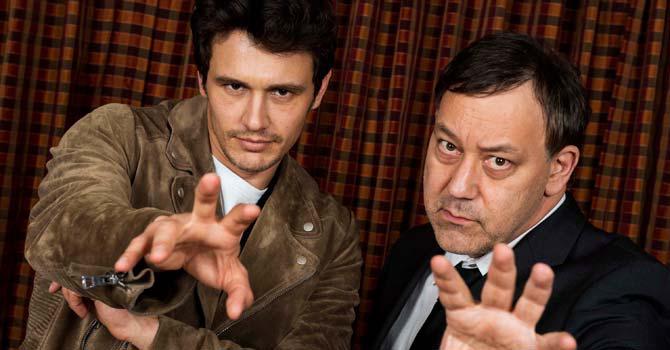 Every kid has one certain movie they latch onto when they are young, the film they watch almost every day, drive their parents bonkers with, who beg them to watch anything else.

Have you seen Aladdin yet? Or how about Mrs. Doubtfire? That Robin Williams sure is funny in a dress! The Shining? Kids like Jack Nicholson, right? For most of my peers, raised on Little League tryouts and 80s nostalgia, those films were The Sandlot and The Goonies, movies that overflowed with the spirit of adventure and adolescent boyhood.

For me, it was The Wizard of Oz, a film bustling with male camraderie, the forced chauvinism of the Cowardly Lion, the stoicism of the Tin Man and the earthly charm of Dorothy’s relatives. At the center was Dorothy, a girl trying to figure out her place. I admired not just her innocence and her octave-defying singing voice, but her determination and quiet transformation into a girl with moxy and spirit. Although she bestows the gifts of courage and brains onto her peers, the real gift is her self-knowledge -- how she comes to understand what really matters.

As a kid who didn’t feel like I belonged in the world of men and wasn’t allowed in girl world, I identified with her struggle to find her place. And like many pre-queer boys, I took pleasure in a narrative where women were the heroes and the villains, a world where women were not ruled by men. Dorothy was defiant and thirsted for adventure, and she found it a land where women did all the heavy lifting. They were our good witches and our bad witches, the forces guiding us and pulling us over to the dark side. Although many boys had Star Wars to represent the battle between good and evil -- and transport Joseph Campbell onto our psyches -- Dorothy was all the hero myth I needed. The men could stay behind the curtain.

I have a lot of disappointments with how Sam Raimi’s Oz, the Great and Powerful treats its 1939 source material (and L. Frank Baum's novel) -- from garish CGI that makes the Emerald deco and goldenrod hills into hooker watercolors to a central performance that’s better at smirking than finding the kid in us. Like all of Raimi’s films, Oz is best when it’s being playful (suggesting the master of The Evil Dead hasn’t lost his subversive touch), but it loses sight of any real feeling.

Raimi and screenwriters Mitchell Kapner and David Lindsay-Abaire make the Wizard’s hero journey into the comeuppance of a conniving playboy. Can Oscar believe in himself? Can he change? Will Oscar learn how to treat them women good? Will his libido be buttered like a muffin? Does it all end happily ever after? Do I care? Unlikely.

To say the movie is sexist is putting it lightly. It’s sexist with a capital S that practically slithers. The film mistakes overcrowding its mise-en-scene with half-baked female stereotypes with telling stories about women. For Evanora, Theodora and Glinda, Raimi picked three of the finest actresses of their generations in Rachel Weisz, Mila Kunis and Michelle Williams. The most they are expected to do is smile, grimace and glow on cue, as if they were in the world’s gayest Noxzema ad. Instead of powerful women who provide a credible threat to Oscar, Raimi casts them as motivational speakers for male ego inflation or glorified Barker girls. They merely provide the path to the showcase showdown.

In order to help them glow appropriately, Raimi bathes their skin in a Vaseline soft-focus that makes them appear photoshopped, a glossing oddly symbolic of their characters. Williams gets a handful of scenes and is fine in them, bowing and curtsying on cue, stroking Oscar’s ego. She’s meant to make Oscar (the titular wizard, played by James Franco) feel like a special boy, but it comes off as creepy and strangely lecherous, making the good witch into a passive object of desire. When Oscar claims her exotic Oz skin with a passionate closing-credit kiss, it feels as if a treasured sacrament is being violated.

The basic problem is that making Glinda and her cohorts into two-dimensional romantic partners robs them of their ethereal mystery. Oscar should be in awe of Glinda’s power. She may be good, but she still has a wand, fella, and Glinda deserves more than to be the Katherine Heigl to someone’s Gerard Butler. Instead of portraying her as powerful, she mostly waits for Franco to get his act together. There’s a wicked witch afoot. Ain’t nobody got time for that.

However, if you think that’s distasteful, wait until you see the grand anti-feminist calculation that is Theodora, Evanora’s half-wit sister.

Theodora is the bearer of the prophecy that Oscar is meant to come and save all the women, and instantly falls for him. An actress as gifted and lively as Kunis is tasked with following Franco around and asking when he’ll make her his queen and live happily ever after. Less than a minute into Oz, and Theodora’s throwing her body at him and flipping her hair as if they were in a White Snake video. Clearly we’ve come a long way since the 1980s.

I’m not going to be puritanical and say that sex doesn’t belong in Oz (except that it doesn’t), but it’s a tired narrative motivator for female behavior.

The coup de grace is that Oscar’s lack of reciprocation turns Theodora evil -- in a quest to make him culpable for not loving her. Because she so wantonly threw herself at him, the movie implicitly lets Oscar off the hook for it. Women just don’t get it, y’know? Other than hormones, Theodora is presented with little motivation to fall in love with him, except that she just does, and even less to go wild, except that she just does. A force as overpowering as all-encompassing evil gets explained away as PMS, and Theodora just looks crazy, like Glenn Close in Fatal Attraction, but without the angora fetish.

Kunis isn’t up to the job of witching at all, giving the eventual wicked persona all the brutal terror of a Vanity Fair spread. She’s all poses. This is not the Margaret Hamilton we remember, the Elmyra Gulch who flew into a tornado with fearless abandon. She flew into gale force winds, and Theodora can barely walk and chew gum at the same time. You picture Kunis checking for texts instead of commanding monkeys to take flight.

The Wicked Witch was scarier when she was truly heartless, having little motivation outside of a Jungian dream archetype. Oz falls into the trap of thinking we need our villains explained, like recent iterations of the Hannibal series and Halloween. Evil needs no backstory, least of all an insipid one.

Theodora’s transformation turns her sister -- played by the effortlessly vampy Rachel Weisz, who has made her career in this exact sort of thing -- into unnecessary narrative excess. Like Williams’ Glinda, who radiates in the narrative background, Weisz gets to hurl lightning bolts and conjure sound and fury, signifying nothing. Weisz is the best thing in a movie that gives her nothing to do except stand in the way of Oscar’s happiness. It’s fine, though, because he easily defeats her with his magician tricks. A woman’s magic is no match for a man’s brain.

Charlize Theron’s witch in Snow White and the Huntsman suffered from the same problem, giving Theron little to do except scream and curse Snow White’s beauty. There and in Oz, there’s nothing worse for a woman to lose her good looks, and when Evanora is defeated, her face under the magic facade is revealed. It’s not a pretty sight. The same can be said for the movie.

Elsewhere, the most compelling female is a CGI china girl doll, voiced by young actress Joey King. Throughout the film, the characters constantly fret over whether or not the doll will break, and the film’s climax teases her porcelain demise. It’s a big problem when your strongest female character is literally breakable -- and has to be doted on and protected by the other characters in the film. Great job, team.

For anyone familiar with Raimi and Linsday-Abaire’s work, this is strange indeed. Raimi’s previous effort was Drag Me to Hell, an underrated horror comedy that had almost nothing but female roles. Sure, one of them was a gypsy and other was a psychic, but at least they didn't have to give James Franco's ego a happy ending.

Women similarly drive Linsday-Abaire’s Pulitzer-Prize winning Rabbit Hole, a script that got Cynthia Nixon a Tony and Nicole Kidman an Oscar nomination. Rabbit Hole allows its three female leads to be tortured and flawed but above all witty, human and darkly wise. I never thought Linsday-Abaire would be caught dead around a Cosmo girl like Theodora. We all have to pay the bills, I guess. Check out the box office receipts for any Michael Bay film: sexism makes a killing.

If you look at the returns and the Cinemascore from the weekend (a passable B+), you might get the impression that audiences liked what they saw, but I noticed a trend in the audiences I stood with outside the theater. I watched as opinion mongers (hired by Disney) flocked to groups of audience members to find out what they thought of this newest Hydra released from the Disney vault.

They looked back and forth at each other, unsure of what to say about it. One person would start, “What did you think?” Another would evade, “Well, how about you?” Down the line, someone would say, “No, you first.” This would go on for minutes at a time, no one knowing how to say that something was missing. It’s not that their childhood was ruined, a remembrance turned to funeral, but a crucial ingredient in the brew got left out this time. Ah, yes. Women.

If Dorothy were here, I hope she would use her Ruby Red shoes to wish herself out of this mess. She deserves better.