Chicago Mayor Rahm Emanuel is expected to introduce an ordinance Wednesday calling for stricter controls over petroleum coke, aka pet coke. It comes a day after Illinois Attorney General Lisa Madigan filed a new lawsuit against KCBX, a company that stores pet coke on Chicago’s Southeast Side.

Many residents there believe the giant piles of pet coke along the Calumet River have had an adverse effect on their health. But some officials say pet coke is only the tip of the ash heap when it comes to industrial pollution in the area and the respiratory problems it may cause.

Problems such as asthma, which can be a nagging health issue for some, but is a life-threatening condition for Liz Martin.

And while most Chicagoans can’t wait for winter to be over, Liz knows warmer temps could make things worse.

“When the weather starts getting better and the winds start picking up, I get flu, colds, pneumonia, everything. My allergies just go crazy and I don’t know how to handle it. It’s not something that medication can really handle,” she says.

Beyond the weather, there’s another problem. Liz and her mother Lilly live just a few blocks from KCBX’s pet coke storage site along the Calumet River. 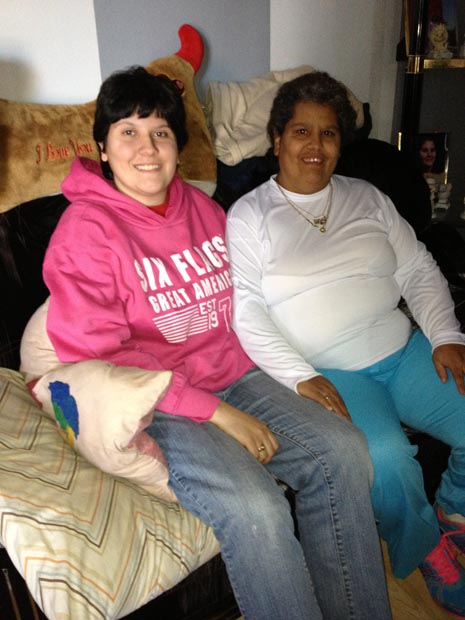 That’s where this whole controversy started last August when high winds caused the pet coke to blow all over the neighborhood. Caught on video, the black dust-like substance looked like a swarm of locusts.

Pet coke isn’t new to this area. It’s been used for decades by local steel mills. In fact, Lilly Martin remembers gathering it in buckets for her parents who used it as dirt.

Martin is one of several Southeast Side residents suing KCBX for creating a health hazard and diminishing property values. Meanwhile, politicians are tripping over themselves to show support for the residents of this often neglected corner of the city.

Those who have paid a visit in recent weeks include Illinois U.S. Sen. Richard Durbin, Gov. Pat Quinn and Attorney General Lisa Madigan.

Today, he’s expected to formally introduce an ordinance to prevent any new or expanded pet coke operations in the city.

That could directly affect KCBX, which has been in the city for 20 years although it only acquired its facility near the 106th Street Bridge in December 2012. The company has a contract with oil giant BP’s nearby Whiting, Indiana refinery to store the pet coke before it is transported overseas.

Facing litigation and pressure, KCBX says it has increased its dust control systems. It points to a new multi-million dollar sprinkler system that prevents pet coke from blowing away.

“We’re willing to even cover the facility. The bottom line is we respect and understand the community’s concerns,” Reint said. “We’re going to make every effort to address those concerns.”

But even if the mayor’s pet coke ordinance is adopted, some say this area will still be plagued by pollution.

“Eliminating one thing, isn’t going to solve the problem. It’s not going to go away,” says Brian Urbaszewski, director of environmental health programs with the Respiratory Health Association of Chicago. “Getting rid of the pet coke piles would obviously benefit the area, but there’s a lot more work to do other than just trying to clean up the KCBX situation.”

The RHA tracks pollution sources in the city and its effects on people’s health.

Urbaszewski says its worth remembering that the South East Side has been the city’s industrial corridor for more than a century. And its probably no coincidence that it has some of the highest asthma rates in Illinois.

“There’s just a lot of train traffic, there’s a lot of truck traffic that goes through here and it’s one of the few places in Chicago that actually gets ship traffic,” Urbaszeweski said. “And then you have a huge powerhouse of industrial emissions coming from just over the border in Indiana. All that contributes to what you see here on the Southeast side.”

While pollution is a prime suspect for the area’s high asthma and cancer rates, no one knows for sure.

“Triggers can be the weather, the environment, certainly genetics plays a role, environmental issues, allergens, toxins, the common cold,” Dr. Max Gilles, head of the emergency department at nearby Advocate Trinity Hospital.

Advocate’s Emergency Department. sees about 40,000 patients a year — nearly 1 in 10 come in due to asthma.

But that’s not all. 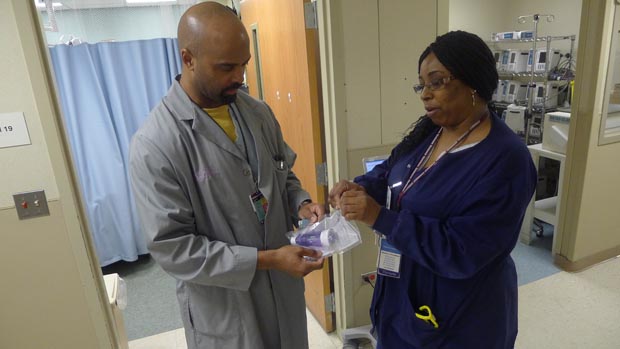 Dr. Gilles is quick to point out that it’s hard to prove a direct correlation between industry and illness, but he says it wouldn’t hurt to eliminate some possible contributors.

“Certainly when I do drive in - whether it’s to work or other places - you do see smoke stacks, exhausts fumes from cars and it’s certainly a concern,” Gilles says. “If you eliminate that source, I don’t think it would eliminate all asthma or chronic disease related to that possibility but it would certainly point it in the right direction.”

Back at the Martins’ home, Lilly shows me some breathing contraptions that Liz uses for her asthma.

Even if there’s no direct link, she’s convinced eliminating the nearby pet coke would help. As proof, she points to the expensive air filters that keeps the inside air clean for her daughter.

“You shouldn’t have to change these filters in less than six months, and we were changing it every two to three weeks. That’s how black those filters are,” she says.

Meanwhile Liz Martin doesn’t go outside much. She often sits at her front window watching the world go by, and waiting for things to change.

When asked if it makes her feel better knowing the city is trying to do something, Liz says, “Yea it does cause I mean it’s better for everyone. The little kids that have to grow up here. Everyday I look outside, there’s like 4 or 5 year olds hanging out. They don’t have an immune system to work up to it. It just makes me feel better that they might get some help.”