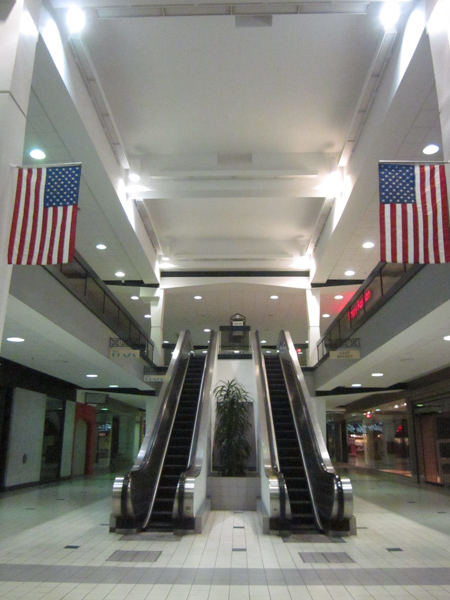 Using the name "Katherine of Chicago," she has an eye for capturing empty, lonely and semi-loved urban place—not to mention odd signage, overlooked spots and dead shopping malls.

The Plaza, formerly the Evergreen Plaza mall, closed last week. Most of the 61-year-old shopping center at 95th Street and Western Avenue will be demolished and replaced by a new mall. I figured Katherine and her camera would make her way there before they shut the doors and soft-soaped the windows. In the photo above of the ghostly escalator and the ones below, Katherine captures the last days of one of the first shopping malls in America. We'll take a look. But first, a quick email Q&A:

Q: Dead and dying malls and retail spaces are often the subject for your work. What's the attraction?
A: I'd been interested in abandoned buildings, inside and out, for some time before I got into retail. And I suppose I find dying malls and stores an equally compelling example of places that aren't considered useful anymore. Downtown shopping districts were often replaced with shopping malls which were often replaced by big-box stores, and all have been struggling.
Q. What were your impressions of the Plaza during your visit?
A: I never went to it in its heyday, only in the last few years, so I don't have anything to compare it to. It had a lot of security—unusual for dead malls—and some customers, though by the May visit most stores were nearly closed. By the time I've gotten to the older malls, almost everything from the 1950s or 60s has been drastically remodeled.
Q. How long have you been doing this? I'm also impressed that you use public transit to get around.
I got into photographing malls through obsessions with certain chain stores that were often in or near malls, such as Borders—and visited most of their Chicago-area stores as they shut down—and from finding Brian Ulrich's photos, the Deadmalls.com site, and other people into retail history. I do get to most malls by Metra/bus/bike in Chicagoland and buses in other cities. Shopping malls are safe and comfortable places to walk inside but can be dangerous to get to as a pedestrian or cyclist! 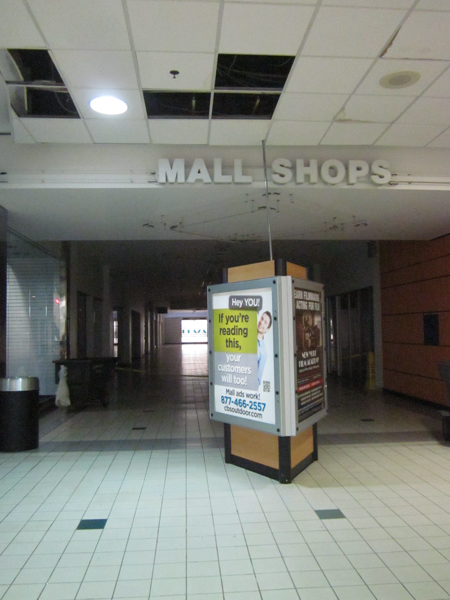 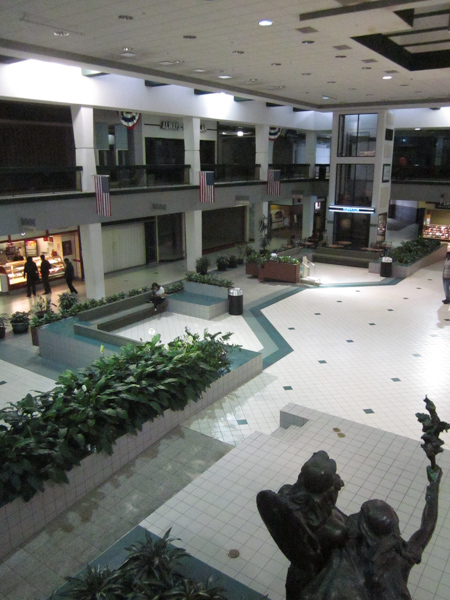 Q. What's next for you?
Continuing to visit and shoot abandoned buildings, signs, trains, retail, as well as newer projects like documenting older bars and diners—generally capturing anything interesting before or as it disappears.