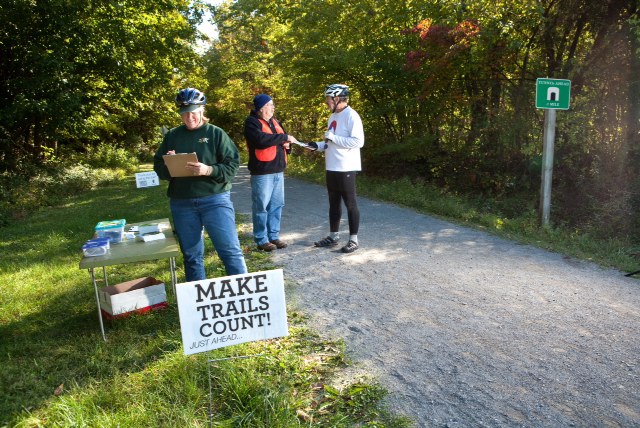 With the Bloomingdale Trail poised to cut a streak of green through the park-poor west side of Chicago, there has been renewed talk of the so-called High Line effect — the idea that trails like New York’s defunct viaduct-turned-economic engine could be a boon for businessmen as well as urbanists.

We typically imagine the value of trails to be the way they connect people with nature. Though not without their own environmental concerns, trails make wilderness accessible. But a new study from Trails for Illinois, a local trails advocacy group, suggests they also open up users’ wallets.

More than one third of trail users bought something during their visits to six Illinois trails last summer, according to the study Making Trails Count in Illinois. That should encourage communities along the Cal-Sag Trail, a 32-mile multi-use path that would link hikers and bikers to the downtowns of several south Chicago suburbs. In Blue Island, for example, that trail would link in directly with bike lanes that travel through the town's main business corridor.

“Hopefully it takes the blinders off of towns and merchants,” said Steve Buchtel, executive director of Trails for Illinois. “Trail users have credit cards, and will swipe it if you ask them to.”

Between mid-July and mid-October 2012, volunteer teams counted the number of trail users and plucked surveys from boxes placed on six trails statewide, including the Chicago area’s Fox River and Old Plank Road Trails.

“This moves beyond being anecdotal about what trails do for quality for life and the local economy,” Buchtel said. “These six trails are just the start. We’ve got a baseline of data that gives us a sample of how trails are benefiting Illinois, and we want to grow and leverage that.”

The average amount of all purchases recorded by the survey was about $30. In addition to ripple effects for the local tourism and service industries around trails, Buchtel sees inklings of a “triple bottom line” in the data — health topped the list of reasons given for trail use, reported nearly twice as frequently as recreation.

And research backs up the notion that spending time in nature improves environmental stewardship. But could we eventually lose our connection with nature as a result of technologically tricking out our trails? Maybe, Buchtel said, but for now he’s focused on getting more built.