On Tuesday, the Oklahoma City Council discussed making changes to the tax increment finance district, or TIF, for the area affected by MAPS projects.

The council wants to increase the budget for the downtown MAPS district – adding $40 million to bring the total to $165 million.

“The says that the investment so far has already brought in $1.8 billion in private money, and adding the $40 million would bring in another $1 billion,” said The Journal Record’s managing editor Adam Brooks.

The group also floated the idea of creating a new $45 million TIF district specifically for the First National Center, which is currently vacant and awaiting finalization of a $200 million redevelopment plan.

TIFs can be controversial because they essentially give public tax dollars to private businesses. But the city says this type of invest now, receive benefits later approach has worked in the past, according to The Journal Record’s Brian Brus:

It is built on the assumption that costly infrastructure improvements will attract new investment and development, which, in turn, will raise property values and tax revenue someday. Once a TIF district is active, the city can leverage certain capital improvements to incur debt to pay for the projects. The action does not actually increase taxes.

The committees that reviewed the proposal included representatives of the county, city-county health departments, library system and the Oklahoma City Public Schools District, also identified as I-89.

City Council member Ed Shadid said he still questions the degree to which a TIF hurts local school districts by drawing away tax revenue for their own use. He has opposed previous TIF districts for the same reason, although other City Council members point out that the schools would not receive any additional funds if the TIFs did not exist.

Bryant said I-89 officials have worked closely with City Hall toward a solution that will allow a large portion of the captured revenue from the TIF to go back to the school district. He referred to it as a mutually beneficial arrangement. 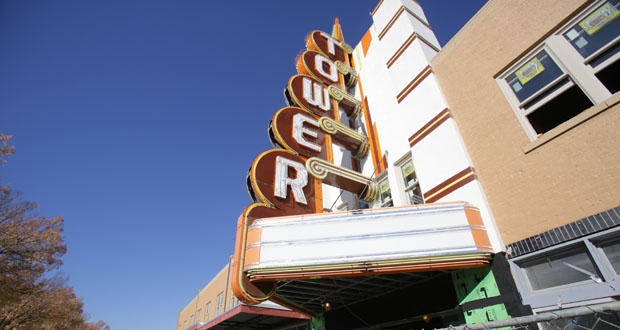 Earlier this week the Senate Finance Committee advanced a bill that would place a two-year moratorium on a 20 percent tax credit for developers who rehab certified historic structures. The bill is authored by state Sen. Mike Mazzei, R-Tulsa.

“We’re talking a lot about how troubled the state budget is, and he wants to save the state $4 million in the coming year, which is Fiscal 2017, and then $140 million in Fiscal Year 2018,” Brooks said. “He admits that this probably won’t pass, but it’s part of a general idea of reviewing all the tax credits that are available in the state to see which ones really add value.”

It’s the second time the tax credit has been addressed, and the move has caught the attention of some developers who say they just want some consistency, The Journal Record’s Molly Fleming reports:

“If you stop right in the middle, you’ve made serious commitments,” Hatfield said. “Financing hinges on knowing that it’s a viable program. This is the wrong time for us to cripple development.”

On Tuesday, the Senate Finance Committee passed an amendment that would make projects already under construction eligible to receive the tax credits. Developer David Wanzer and The Pivot Project team have two rehabilitation projects under construction, with two others starting soon. He said he’s hopeful the Main Street Arcade Building and the Tower Theater would still be eligible for the tax credits.

The Business Intelligence Report is a collaborative news project between KGOU and The Journal Record.

As a community-supported news organization, KGOU relies on contributions from readers and listeners to fulfill its mission of public service to Oklahoma and beyond. Donate online, or by contacting our Membership department.

The Journal Record is a multi-faceted media company specializing in business, legislative and legal news. Print and online content is available via subscription.

— Listen to the story via KGOU