The kind of company that Dame Stephanie Shirley wanted to work for didn’t exist in 1962, so she created her own.

“I wanted a company that was suitable for me [and] that I would like to work in,” Shirley said on Nerdette. “And I knew there were lots of women who had also hit the glass ceiling and were completely and utterly ignored by the industry.”

She’s talking about the software industry, which was even more of a boys club at the time. So Shirley founded her own business, Freelance Programmers, and hired a bunch of women from IBM. She even changed her first name from Stephanie to Steve in order to get the attention of potential clients through promotional materials.

Shirley told Nerdette host Greta Johnsen about her incredible life story (which includes being made a dame in 2000 by Queen Elizabeth). Below are highlights.

Changing her name from Stephanie to Steve

Dame Steve Shirley: I date from the days, Greta, when women were not really expected to do serious business — it might be alright to run a little hat shop or something like that. And I was launching out in a very amateur way, literally dozens of promotional letters trying to introduce my company’s software services to left, right, and center, and getting absolutely no reply whatsoever. And my dear husband suggested that I use the family nickname of Steve, so instead of writing with this double-feminine Stephanie Shirley, I was Steve Shirley! And they didn’t know until I walked thru the door that he was a she.

Greta Johnsen: Do you think that worked for you? Did you get more responses?

Shirley: Absolutely! Absolutely. Very definitely it was my first bit of strategic marketing. And even today, Greta, there are women who dissemble in a similar sort of way by using androgynous names like Joe and Leslie, so I don’t think it’s all in the past.

Creating a company ‘that people laughed at’

Shirley: It was highly flexible. Very much teamworking. I would check your work in the morning. You would check my work in the afternoon. Very flat organizational structure. And it was just a very different sort of company that people laughed at. Laughed at for its structure. Laughed at because we were all women working from home. And they laughed because at that time nobody would try and sell software. Software was given away free with the hardware. And so the concept of a software house was very alien.

Shirley: IBM employed a few women and trained them very, very well. But as soon as the women wanted to go part time, because they were taking on domestic responsibilities, they didn’t allow part-time systems engineers. And they all came to me. Well trained in IBM. I thought, “Oh that’s wonderful.” I had a good break there.

Greta Johnsen: And when you say domestic responsibilities, often you mean having children.

Shirley: Oh that’s the euphemism for having children. But a lot of women are involved in eldercare or looking after disabled partners. And we did stop talking about children. We just talked about women with dependents. 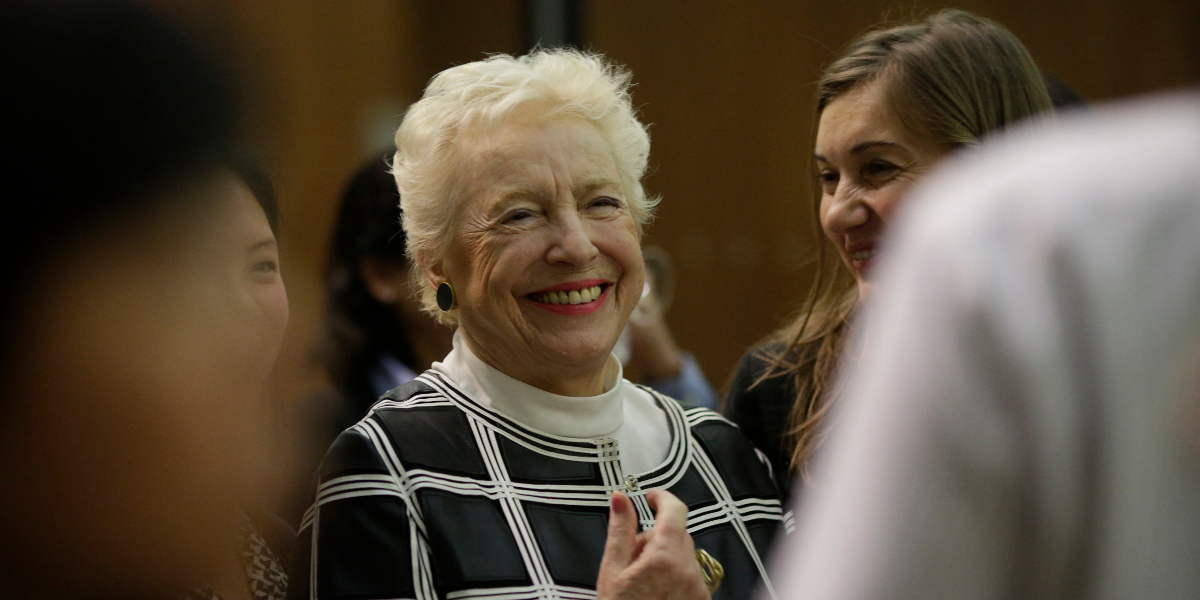 Being ‘that much better’

Shirley: Of the first 300 staff, 297 were women. That’s what we did. And it sometimes worked against us, Greta, because people would remember us for what we were rather than what we were capable of doing. One really had to battle that — that we weren’t just seen as this funny little company of women. We were memorable, thank goodness, but we did break into a male world.

Johnsen: That meant also, then, that you had to work twice or three times or four times as hard to prove your excellence?

Shirley: I think that’s always true. Women have to be that much better if they are to survive in a mixed environment. We certainly measured our own productivity and I think we came out at about 40-plus percent because we focused on the task at hand. We were not in an office environment, so gossiping — “What did you do over the weekend? Did you see this bit on television? Did you notice so-and-so?” — we just got on with the work. We were highly performing and we became a large corporation.

Adapting to the U.K.’s Sex Discrimination Act of 1975

Shirley: There we’d got this policy of employing women. Minute number one in the company’s annals was that, “It shall be the employment policy to provide jobs for women with children.” ...

When the equal opportunities legislation came through, you would think somebody like me would be absolutely delighted. And a bit of me was! But it made my business model illegal. So we really had to rethink everything and start to employ men with equal opportunities in all ways, as long as they were good enough, of course.

You can learn more about Shirley’s life and philanthropic work at steveshirley.com.