Hershel Gaiter’s eyes were dark and his clothes were soaked in sweat on the recent afternoon he checked into St. Bernard Hospital on Chicago’s South Side. It had been two days since he last used heroin, and he was in withdrawal.

“I can’t keep doing this,” Gaiter said. “I’m tired of hurting like this, man.”

Gaiter said he’s been using heroin for the last four years. In that time, he said, he’s grown apart from his 7-year-old daughter, lied about his habit to his wife and pawned things from their house to pay for drugs. He said he has checked into hospitals like this to get clean four times previously, but it’s never stuck.

“They get me back up and running,” Gaiter said. “And then, they tell me to go the outpatient programs, which I didn’t ever really do.”

Experts say, for people living with opioid addiction, the time between checking out of a hospital and beginning long-term treatment can be dangerous. A new Illinois initiative seeks to close that gap by funding what’s known as “Warm Handoff” programs at hospitals across the state. The program brings recovery support workers inside hospitals, who then help shepherd opioid users into long-term treatment before they can leave left the building — and have the opportunity to use again.

The Warm Handoff program is currently active at 12 Illinois hospitals, according to Illinois Department of Human Services spokeswoman Meghan Powers. Nine of those are in the Chicago area, including large facilities like Rush University Medical Center and the Cook County Health and Hospitals System, while the three others are in southern Illinois. Eight other hospital facilities across the state are currently implementing the program, according to Powers. She added that some other hospitals may have implemented a version of Warm Handoff on their own.

St. Bernard is an early adopter of Warm Handoff: It began piloting a version of the program back in 2010. But heroin abuse has been a problem in the South Side neighborhood for decades. Dr. Hilton Gordon, who works out of the hospital, said the facility would often see the same patients over and over again.

“They were able to detox them for a while,” Gordon said. “But after two, three days, they didn’t know where to send them.”

Gordon also now works for Family Guidance Centers, the treatment provider that partners with St. Bernard for its Warm Handoff program. Gordon said that for an opioid user, the moment immediately following their initial treatment is crucial. For many users, that moment is when they are the most ready to make a commitment to treatment — a resolve that can slip away once they are out of a hospital setting.

Discharge can also be dangerous, Gordon said, because users often unwittingly lose some tolerance to the drug during their hospital stay. And those patients treated with the overdose antidote Naloxone no longer feel the effects of opioid drugs, even if they are still in their system. That means that using opioids again, even a small dose, could cause an overdose, Gordon said.

“If we don’t do something with the patient immediately the increased chance of overdosing is there,” he said.

Illinois hospital’s Warm Handoff programs have been funded since the summer of 2017 by a series of federal grant to the state for combating the opioid crisis. So far, the program seems to be yielding strong returns: 75.3% of patients screened for Warm Handoff have been admitted to treatment, according to state data.

“What makes [Warm Handoff] so successful is being present, in the here and now, when the patient realizes they need help,” said Dani Kirby, director of the Division of Substance Use Prevention and Recovery at the Illinois Department of Human Services. 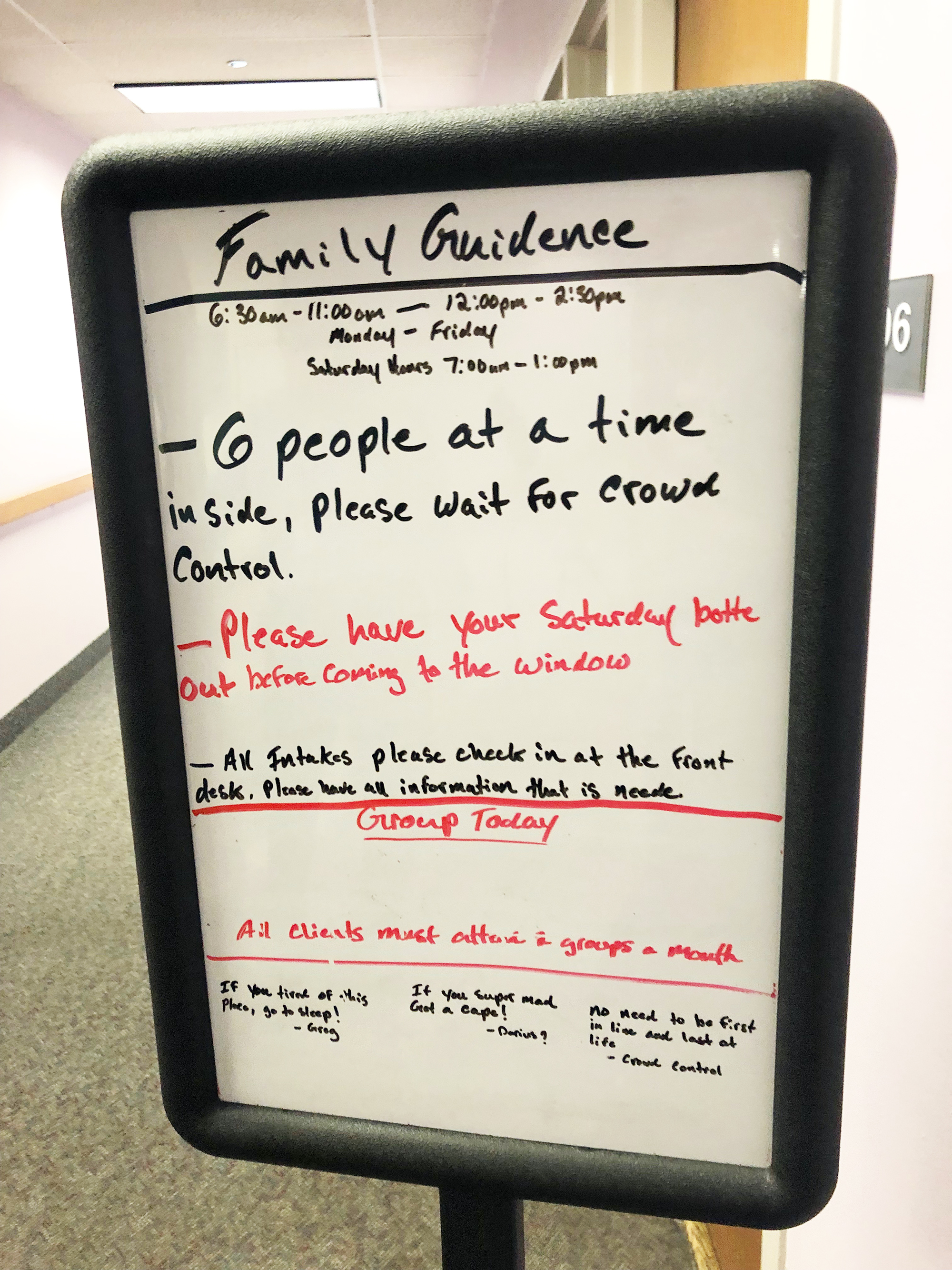 The type of help Warm Handoff programs guide patients to vary by location. At St. Bernard, Family Guidance Center operates a clinic within the building that dispenses Methadone, an opioid addiction medication. In other hospitals recovery support workers guide patient to one of a number of long-term treatment options, depending on the patients’ needs and what treatment is available.

Kirby said that Warm Handoff has felt some growing pains. It can be difficult, for example, for hospitals to staff recovery support workers overnight. And in some areas, “Medication Assisted Treatment” — treatment that includes opioid addiction drugs like Methadone — is not easily accessible.

Hershel Gaiter was not quite ready for long-term treatment, even though he did not have to leave St. Bernard hospital to receive it.

Geiter checked himself out of the facilities detox unit a few days after arriving, “against medical advice,” according to Ron Vlasaty, Family Guidance Center’s chief operating officer.

Still, Vlatsy said if Geiter decides to return they will be there — ready to try again to guide him onto the long road to recovery.