A Chicago police officer who shot and killed a black man who was running away from police will not be charged, Cook County State's Attorney Anita Alvarez said on Monday.

The decision comes on the same day that the Justice Department announced that it was launching an investigation into the Chicago Police Department's use of force and deadly force.

During the press conference, Alvarez showed a dash-cam video that showed Officer George Hernandez stepping out of his unmarked vehicle to join the pursuit for Ronald Johnson.

Hernandez quickly fires hitting Alvarez twice in the back.

Alvarez explained that under the law Hernandez could have felt threatened even if Johnson was running away. Also, the law allows the use of lethal force if an officer believes the suspect poses a threat to others. 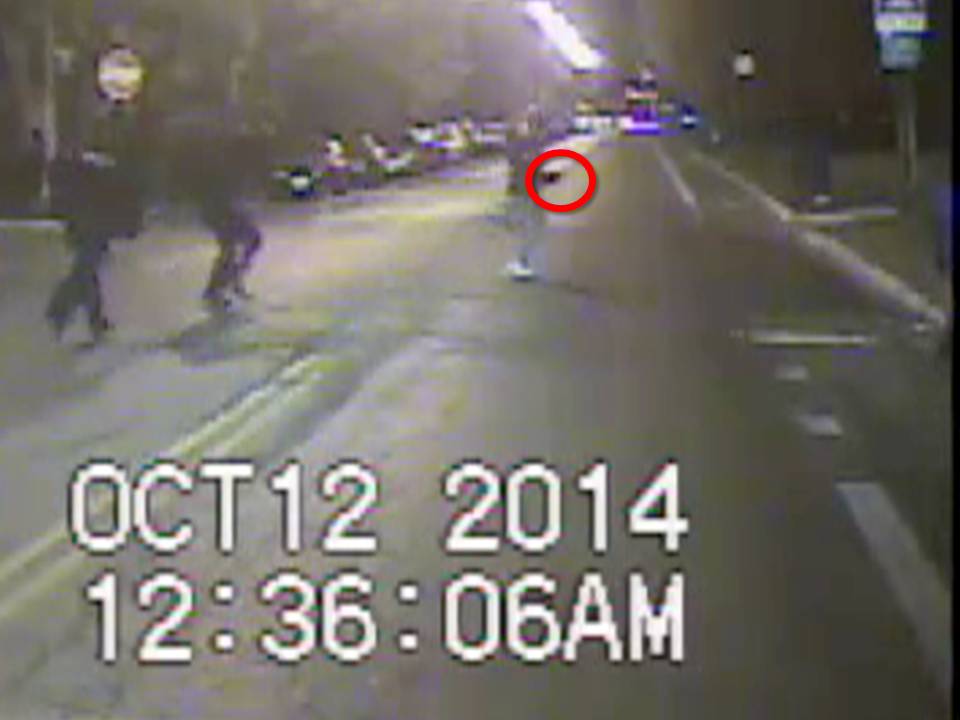 Alvarez said Johnson was running toward an arriving police vehicle.

"I have a tough job," Alvarez said. "I think I have the hardest job in this county. I have to make decisions like this every day."

The shooting happened in 2014.

2:30 p.m.
The attorney for the family of a black man fatally shot in the back by Chicago police say an investigation into the shooting was a "joke" and an affront to the man's family and Cook County citizens.
Attorney Michael Oppenheimer on Monday afternoon questioned the evidence and conclusions in an investigation into the October 2014 shooting death of 25-year-old Ronald Johnson. Earlier Monday, Cook County State's Attorney Anita Alvarez said her office wouldn't charge the police officer who fired at Johnson.
The mother of a 25-year-old man fatally shot by Chicago police in 2014 says even though the officer won't be charged, she intends to press authorities until she gets justice.
Dorothy Holmes and her attorney Michael Oppenheimer said Monday afternoon that they still believe there was a cover up in the death of Ronald Johnson III.
Their comments came after Cook County State's Attorney Anita Alvarez said her office wouldn't charge Officer George Hernandez.
Oppenheimer doesn't believe the investigation was thorough, and Holmes believes DNA evidence was planted.
Both say the lack of charges has angered people. Several groups of activists say they planned to protest later in the evening.

"Rahm has lost trust in the youth, and when you lose the youth, you've lost the people of chicago" pic.twitter.com/yrxYvwyXjU