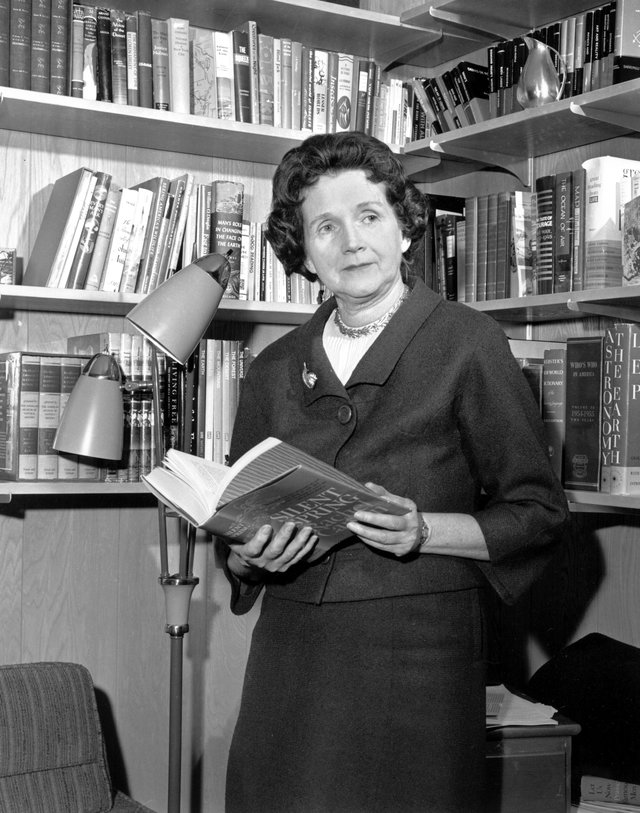 Long before Al Gore invented the Internet or made us aware of An Inconvenient Truth, a book was published that altered our awareness of the natural world and arguably founded modern ecology. On September 27, 1962 Rachel Carson published Silent Spring. It became an immediate best seller and has sold over two million copies.

Carson’s essential message was elemental, shocking and very pessimistic. Using the effects of DDT as her primary example, she argued that chemical and pesticide over use was ruining the environment and threatening human health. Her bottom line arguments were two-fold.

1) The Earth/environment is a sponge not a filter. What goes in stays in.

2) For every action there is a reaction. Once DDT or other pesticides enter the biosphere, they not only kill bugs, but they also make their way up the food chain to alter and infect crops, birds, animals, fish populations and eventually effect and endanger the health and long term viability of human beings. Here the warning was clear: “If humankind poisoned nature, nature would in turn poison humankind.”

At the time and even now, some of her critics accuse her of being a Luddite. They argued that without the use of modern chemicals and pesticides, we could not feed our teaming population of 7 billion, and millions would die annually from diseases such as malaria and yellow fever. But Carson never argued for the complete discontinuation of all pesticides and chemical additives. Rather, she wanted to raise our awareness in regard to the radical impact and consequences of modern science and technology. She argued that as the national and world economies continue to grow, all of our projects both public and private must take into consideration their long-term environmental imprint.

According to Carson’s biographer Linda Lear in Witness for Nature, Carson did not believe in the medieval metaphysical notion that “nature existed to serve the needs of humans.” Rather, “she wanted us to understand that we are just a blip…The control of nature was an arrogant idea, and Carson was against human arrogance.”