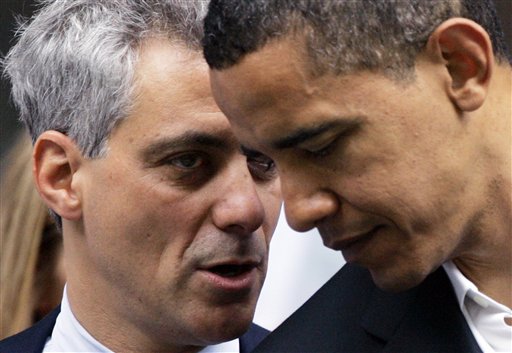 Lead story:  The Democratic National Convention kicks off in full today in Charlotte, North Carolina, with the party hoping to grab momentum back from the GOP and get an early lead in the two-month sprint to election day. That shouldn’t be hard: The response to the GOP convention seems tepid at best. Among the speakers at the DNC tonight is our own beloved mayor, Rahm Emanuel. His appearance makes sense as he was secret-keeper to the Clinton administration and spent the first 20 months of the Obama administration as its attack dog. But Rahm’s appearance will come during the toughest time yet of his mayoral term, one that threatens to undermine the efficacy of his vocal support for the party. While he stands before the delegates gathered in Charlotte to call for Obama’s reelection, he’ll also be dealing with the very real potential of a teachers strike beginning next week, something that hasn't escaped those in Charlotte.

The potential strike wouldn’t be as big a deal if it weren’t for the fact that Rahm’s position on the matter doesn’t jive with his party's. If anything, Rahm’s hard-line position on the Chicago Teachers Union is indicative of tendencies that make him seem less Scott Waguespack and more Scott Walker. Not only should Democrats find it hard to reconcile Rahm’s union stance with their party's platform (and union support for Obama hasn’t been as steady as the party would like), but his relationship with corporations should also give them pause, no matter how liberal he may be on other issues.

After the great Eastwood/Chair debacle last week, the GOP will be on its toes, watching for the slightest slip-up or contradiction. And if I notice this, surely the GOP does, too. The Chicago GOP, the Washington Generals of politics, have called on Rahm to skip the convention in favor of focusing on issues at home like the pending strike and, oh yeah, all of the shootings. While that won’t happen (though he is cutting the trip short), it’s much more likely a teacher strike will. If the GOP is still looking for something to pounce on, they could do a lot worse than Rahm.

Also: Bike crashes are on the rise in Chicago. To anyone who rides a bike in the city, as I do, this is not a surprise at all. IDOT only recently started including doorings — crashes that occur with high frequency and cause serious injury — in their statistics. (Full disclosure: Both my editor and I have been victims of doorings.) There’s plenty of things to point to for the increased incidents (poor road conditions, police indifference) but hopefully more people pay attention to this study than to John Kass.

And then: Four years after his suicide, David Foster Wallace is back in the public eye thanks to a new biography.

When you combine the hall-of-fame honey badger viral video with clips from the inexplicably popular reality show about Honey Boo Boo, the pint-size beauty queen from Georgia, you get magic. (Warning: some naughty language)