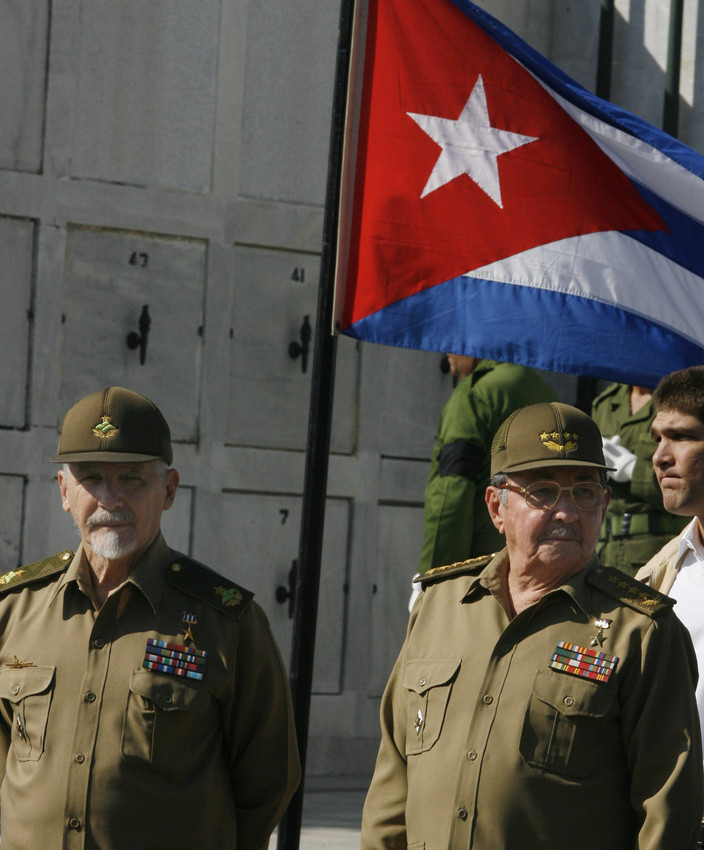 Raúl Castro, Cuba’s president for the last seven years (since 2006, though not officially until 2008) sent tongues a-wagging yesterday when he suggested that he’ll address his retirement on Sunday, during the National Assembly’s meeting, when the nation’s president will be selected.

And, of course, sparking wild speculation about what should be a pretty predictable government meeting, as nearly all the National Assembly meetings in Cuba have been since the Castros -- Raúl and Fidel before him -- came to power.

But anyone expecting anything other than routine tomorrow is bound to be disappointed.

Raul Castro is not going to retire on Sunday.

He may announce that he’ll retire after this next term, another five year stint, but that should come as no surprise. Unlike his brother Fidel, who played like power didn’t matter but held on until the last possible second, Raúl Castro -- love him or hate him -- has been forthcoming about this from the very beginning of his ascendancy, when he said the head of government should be limited to two five-year terms.

So, Sunday, if Castro mentions retirement in anything other than an abstract fashion, or as a tease, it’ll be only to repeat what he’s been saying all along.

What will be much more interesting, especially if Castro chooses to stress his retirement, is how the Council of State -- from where Raúl’s successor (the first non-Castro head of government in 54 years of Revolution) will be plucked -- will be lined up. And how Castro's heir is manuevered.

Constitutionally -- if you believe the Cuban constitution -- Castro’s official successor is Ramón Machado Ventura, the country’s first vice president, the same position Raúl Castro held under Fidel Castro. Machado Ventura, who is actually about a year older than Raúl, is an old school hardliner whose friendship with Raúl goes back to 1958.

But whether it’s Machado Ventura or anyone else officially at the helm, real power in Cuba will most likely pass from the Castros to Ramiro Valdés, the eminence gris of the Revolution -- the only man twice deposed from power and twice returned meaner and stronger.

Technically, Valdes is number two to Machado Ventura but he’s number one in the Scariest Guy in Cuba category.

Valdés, 82, was an early supporter of the Revoluton -- and the only one besides Raúl and Fidel still alive with the title Comandante de la Revolución -- but by 1969, when he was serving as Minister of the Interior -- the internal security apparatus -- he was kicked to the curb at the Soviet’s request. Fidel brought him back in 1978 but he was fired again in 1986.

But what a very lucky bastard he turned out to be: he ended up as the chief of Copextel, the national electronics firm, just as computer technology was changing the world. In this new position, Valdés wisely made himself indispensable (by learning the new technology and by withholding knowledge of the new technology) and eventually Copextel became a kind of mini-ministry within the Ministryof Information Technology and Communications. By 1996, Valdés had taken over the ministry -- and turned it into a security behemoth. Raúl made him a VP in 2008.

How important has Valdés become since then? Well, while Venezuelan President Hugo Chavéz recovered from myriad surgeries in Havana,  Venezuelan officials met exclusively with Raúl Castro and Valdés (Machado Ventura was nowhere to be seen). And this made perfect sense: For the last few years, Valdés has been advising Venezuela -- Cuba’s economic lifeline -- on behalf of the Cuban government on energy and security. He supervises the more than 40,000 Cubans sent to Venezuela as doctors, sports instructors, planners, military advisers and intelligence agents (many embedded in Venezuela’s armed forces, foreign and finance ministries, ports, electricity grid, central bank and intelligence agency).

Make no mistake: The next guy to control Cuba is the guy who keeps Venezuelan oil coming. There’s only one of those, and it doesn’t hurt that he’s ruthless.

But Raúl isn’t ready to hand the reins over just yet.