In his first term leading one of the nation’s most racially diverse states, Republican Illinois Gov. Bruce Rauner’s appointees to government boards and cabinet positions were overwhelmingly white and male, a WBEZ investigation has found.

Earlier this week, Rauner boasted of commanding a highly diverse workforce in his administration and for his re-election effort. He sought to contrast that record with the discrimination lawsuit filed by campaign staffers for JB Pritzker, his Democratic challenger in next month’s election for governor.

On Wednesday, Rauner said, “Our administration has a huge number, and I’ve appointed many African-Americans to key boards, key leadership positions in our departments, and many Latinos as well.”

But WBEZ’s analysis of Rauner’s own state employment reports reveals that blacks, Hispanics, and Asians are far scarcer in the Rauner administration than in the overall population of Illinois.

In sharp contrast to those figures, state records analyzed by WBEZ show that:

Those statistics contradict the governor’s long-running rhetoric. At a Black History Month event on workplace diversity in February, Rauner sought to underscore his commitment to the cause by drinking chocolate milk and declaring, “It’s really, really good. Diversity!”

The governor’s spokeswoman, Patty Schuh, says 26 percent of employees in Rauner’s own office are minorities and 61 percent are women.

“We are proud of our efforts to promote and ensure diversity in state government,” Schuh said in a statement. “In 2017, Gov. Rauner took the unprecedented step of appointing the state’s first chief diversity officer, a female African-American attorney.”

Her statement did not address the racial or gender breakdown of Rauner’s appointments to board or the demographics of his cabinet.

And Rauner re-election campaign officials declined to provide a demographic breakdown of its workers, though they say the staff is diverse.

Spokesman Alex Browning instead issued a statement saying that Pritzker “is being sued because current and former members of his staff were marginalized, mismanaged, and discriminated against.”

He added, “The Rauner campaign employs a large and diverse staff, from senior advisors to interns, none of which have been subject to such abhorrent mistreatment.”

A spokeswoman for Pritzker said 93 of the 205 people working for his bid for governor are people of color, including his $200,000-a-year deputy campaign manager, Quentin Fulks.

The relative dearth of minorities in state board positions and cabinet roles did not surprise longtime critics of Rauner.

“The bottom line here is that to make good policy that benefits all families and children and those who need state government, you really need to have a government that reflects the people,” said Sylvia Puente, executive director of the Latino Policy Forum, a Chicago advocacy group. “Our current government at the state level, at the city level, at the county level, does not reflect the state’s population.”

A lawsuit, then greater transparency

Hispanic activists once successfully sued the Rauner administration to learn more about its hiring practices, quickly suspecting that minorities had relatively few opportunities with the state under the first-term governor.

Jesus “Chuy” Garcia, a Democratic Cook County commissioner and former Springfield lawmaker, was the plaintiff in a lawsuit to force the Rauner administration to abide by a state law that requires the governor to provide an annual accounting of all state board appointments by race and gender.

“We were concerned, having a hunch that we weren’t faring well in state government and the noncompliance was probably to cover up, [to] not have to show what we think were pitiful numbers,” Garcia said. 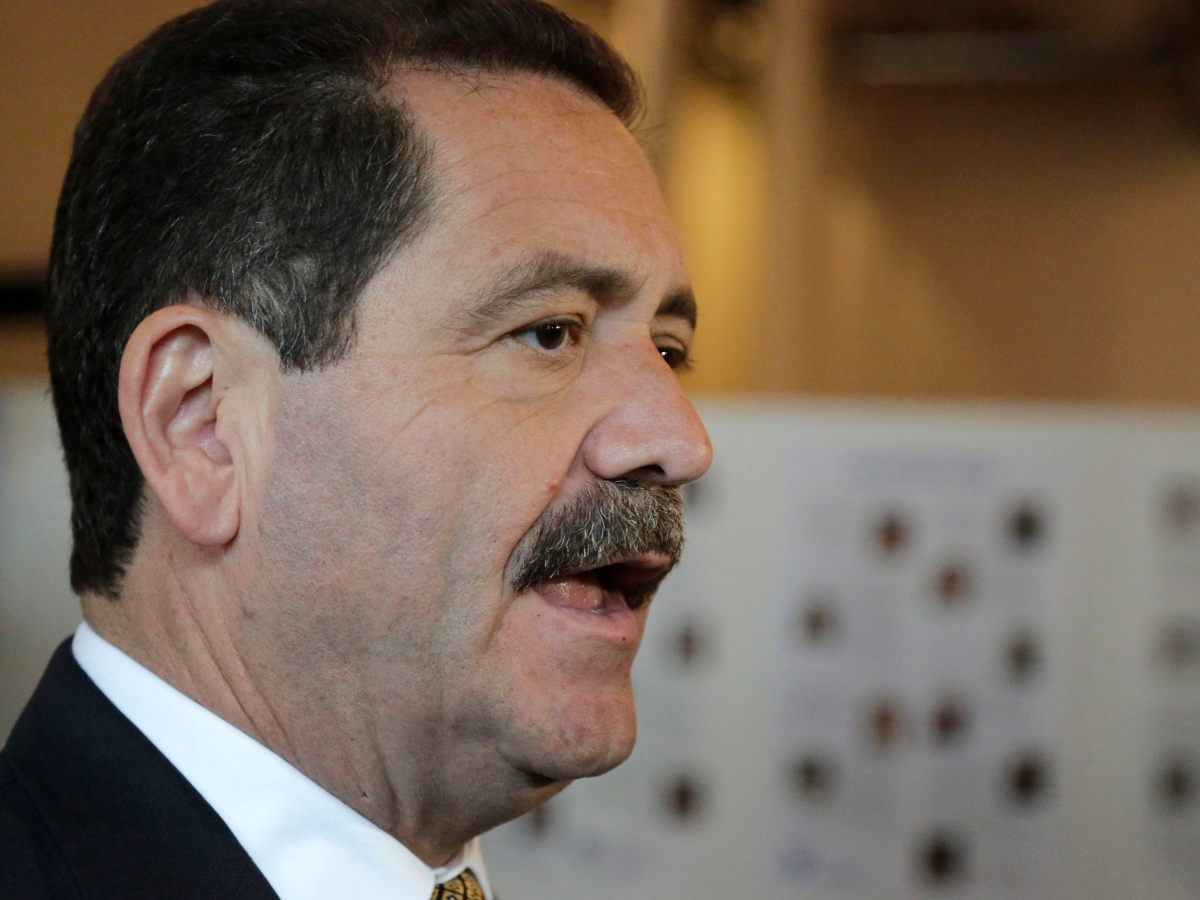 The lawsuit was filed in Cook County Circuit Court in April 2016, about 15 months after Rauner was sworn in, by lawyers with the Chicago-based Mexican American Legal Defense and Educational Fund. They alleged that Rauner had failed to comply with the law that had been approved in Springfield in 2014 — a few months before he was elected.

Rauner was required to submit the first such annual report before October 2015 but did not do so.

The suit was settled a few months after it was filed, and the Rauner administration quietly began issuing reports on the racial breakdown of board appointments each fall.

In the latest report, filed on Oct. 1 with the Illinois House clerk and the state Senate secretary, Rauner’s office revealed that his 431 appointees in the last fiscal year included only 15 who identified as Hispanic (3 percent).

“They don’t reflect equity,” Garcia said of the results in the reports. “If at all possible, you wouldn’t want these numbers to come out, especially if you were up for re-election.”

Many of the state board spots are volunteer roles. But others pay well for light duty, so they historically have been plum positions for political loyalists.

Despite the overall trend, Rauner has made some high-profile appointments of black supporters to state boards. James Meeks, a South Side minister, was chosen to head the Illinois State Board of Education, and Cory Brooks, another pastor from Chicago, got a paid post on the Illinois State Toll Highway Authority board. Both had endorsed Rauner.

The disproportionately white and male appointments to state boards are mirrored in the list of state department directors who answer to Rauner.

James T. Dimas, the state’s Human Services Department head, is the only Hispanic atop a major state-government agency.

Rauner’s running mate, Lt. Gov. Evelyn Sanguinetti, is Hispanic. But that does not impress Hispanic activists, who noted that the role has little real influence. 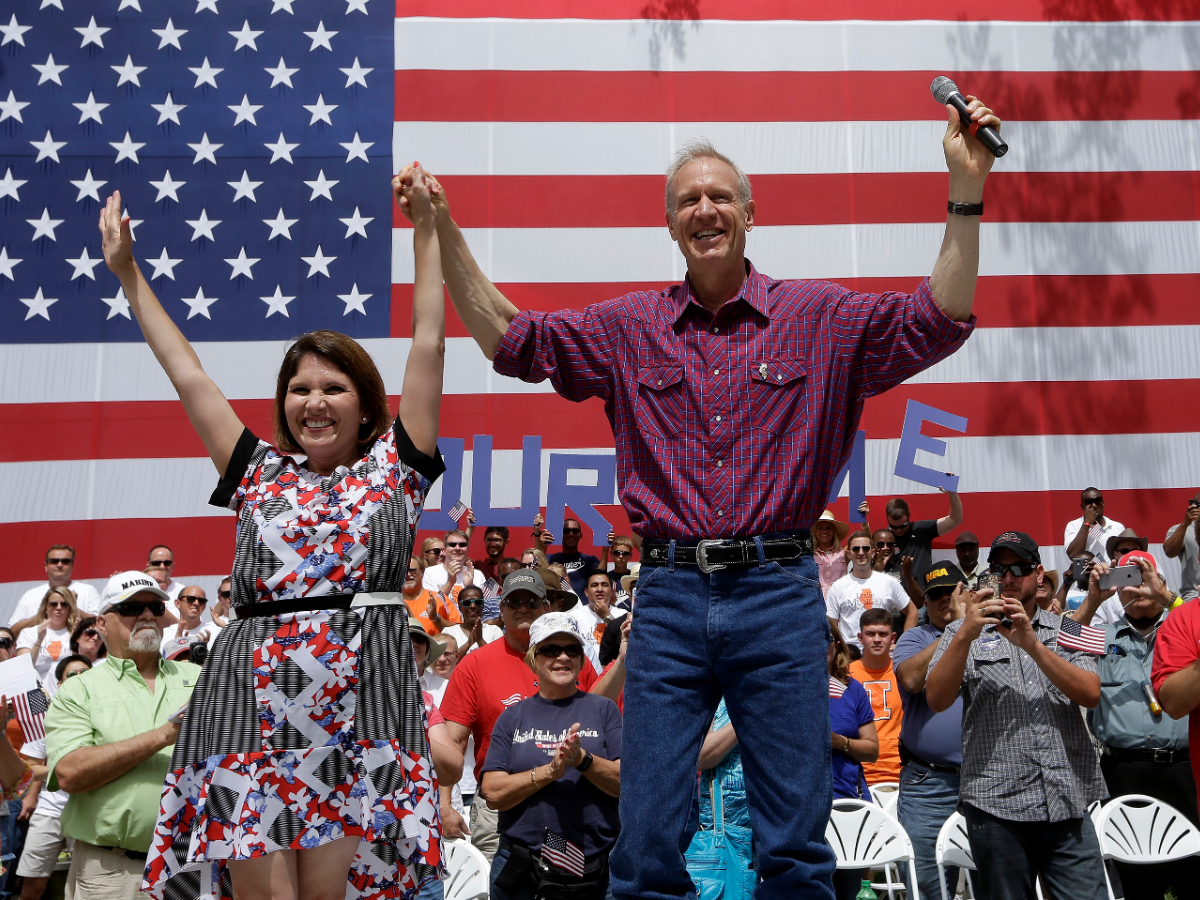 Theresa Mah, the first Asian elected to the Illinois General Assembly, said Rauner seemed unaware that his long-running inability to forge a budget compromise with Democratic lawmakers inflicted pain on diverse communities across Illinois. She worked for Quinn as a senior policy adviser and liaison to the Asian community.

If he had more minority aides, Mah said, “There might be more empathy about what people were going through, and how his decision to hold up the budget was actually hurting people.”

‘We lost a lot of Latinos’

There has been some incremental progress under Rauner, though, in expanding the numbers of Hispanics on the overall state payroll.

At the end of 2017, Hispanics made up a little more than 6.3 percent of the state’s nearly 45,000 employees, records show. They were about 8 percent of new hires last year.

But the ranks of Hispanic “senior public service administrators” in state government have thinned on Rauner’s watch — from 97 when Quinn left office to 62 as of Dec. 31, 2017.

There are nearly 9,500 black employees on the Illinois government payroll, or 21 percent of all state workers.

Yet, the number of African-American senior public service administrators dropped from 238 at the end of the Quinn administration to 185 at the close of 2017, according to reports filed by Rauner’s administration.

Carlos Charneco, the former president of the Illinois Association of Hispanic State Employees, said new governors often bring in their own people, so Hispanics who landed jobs under the former administration “get swept out.”

“That’s what happened when Rauner came in,” Charneco said. “We lost a lot of Latinos.”

Efforts to replace them with new people have largely failed, he said.

“We have sent resumes from the association up to the governor’s office,” said Charneco, who is of Puerto Rican ancestry. “We’re talking about professional people with good credentials. Sometimes they’re given interviews, sometimes not. Sometimes they’re hired. But very few, for the most part.”

After a lunch-break interview in the Thompson Center food court, Charneco said he would return to his state job after making a quick stop at the Department of Revenue’s downtown office  — “to say hello to the three Latinos that work there.”

Dan Mihalopoulos is an investigative reporter for WBEZ. Follow him at @dmihalopoulos.