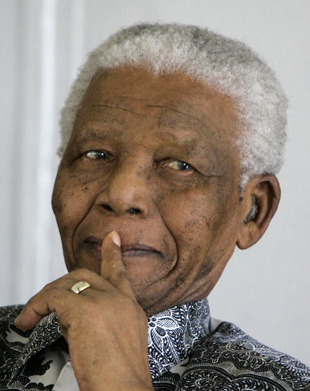 Earlier this summer, Al Gini had the opportunity to spend six weeks in South Africa, and has put together a few reflective pieces on his experiences there.

Nelson Mandela’s biographer, Richard Stengel believes that Mandela demonstrated true ubuntu leadership when campaigning to be president of South Africa. Mandela maintained the same consistent message throughout. This campaign, Mandela argued, was not about him. It was about the people, and the democratic nation that they would create together and for each other. But in the end, says Stengel, Mandela’s greatest act of ubuntu leadership was knowing when to quit. Mandela understood the profoundly selfless truth that leadership cannot and should not be a lifelong office. His commitment to ubuntu included the principle of both empowering others and knowing when to let go, knowing when to step down and be replaced by others. He later publically announced that he would not stand for a second term. “In 1999,” said Mandela, “I will be eighty years old, and an octogenarian should not be meddling in politics.”

For Mandela, ubuntu leadership must always be about service to others. He understood that “his footprints would be the first ones in the sand and that others would follow.” In one of his many interviews with Richard Stengel, Mandela succinctly captured the true spirit of ubuntu in explaining why he chose to leave the public stage: “Men come and men go. I have come and I will go when my time comes.”