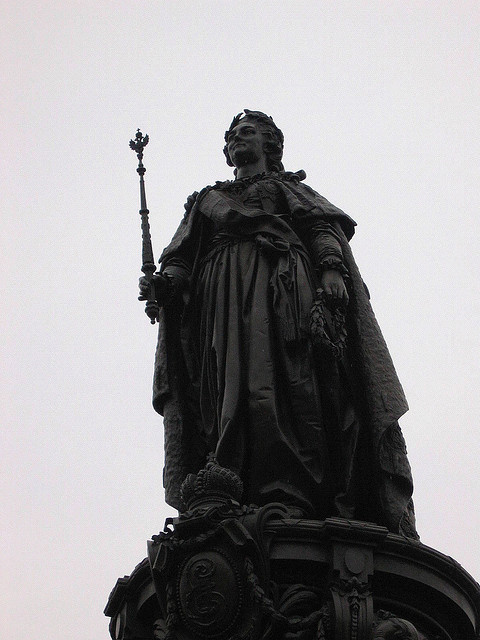 Most little girls look up to women who are widely lauded for what they have accomplished. But Comedian Andel Sudik says that though most of these women are impressive, the princesses little girls also model themselves after are less so. Furthermore, there's one type of woman they're totally missing out on: The drug lord(ess). Read an excerpt of her thoughts below or listen above:

Elizabeth. Catherine the Great. Marie Antoinette. Cleopatra. What all these women obviously have in common is that they were queens. Their legacies aren't always rosy -- no person of great power's ever is -- Catherine the Great had an insatiable sexual appetite, Elizabeth's was cold, Antoinette's head rolled and Cleo was done in by a snake. But all of them were powerful. And you may not agree with their methods but its hard not to be in awe of their successes. In whatever else they were, they were queens.

We lost one such queen [last week]. Griselda Blanco, the Queen of Cocaine, who died on Monday. Love her or hate her, she earned the title of queen the old fashioned way, by playing dirty, fighting hard and doing things her way. Hers is a story of perseverance, strength and unimaginable terror. And drugs. It is also very much a story of drugs.

Equal parts fascinating and disgusting, her life reads like Scarface on acid and her death reads like an ironic poem. Would I say that she's a strong female role-model? I would never say that, but what I would say is that in a world where men of questionable morality still are people that we look up to, its nice to have an equally awful woman to stand alongside them. And in my choice for little girls to admire, if the choice is between a princess made famous for marrying a prince and not eating, or a self-made queen mama who didn't let anyone get in her way, well, I like food, so that's where my choice lies.