A Quincy veterans’ home resident who contracted Legionnaires’ disease after Gov. Bruce Rauner feted him during this year’s State of the State address has died following health complications.

Services were held on Monday for U.S. Air Force veteran Ivan Jackson, 79. He served for more than two decades and died in a St. Louis hospital on May 23.

Rauner’s administration said it had no evidence Jackson’s death was caused by Legionnaires’, and the coroner in St. Louis County, Missouri, where he died, wasn’t immediately available. But Jackson’s daughter said Legionnaires’ likely was a contributing factor along with other serious underlying illnesses.

“I can’t tell you that it was a reason he passed, but I can tell you it didn’t help in his ongoing health issues,” Allyson Springer told WBEZ Monday afternoon.

Prior to Jackson’s death, 13 residents of the Illinois Veterans Home have died from Legionnaires’. Dozens more residents and staff members have been sickened by the illness during a series of outbreaks in 2015, 2016, 2017, and again this year. 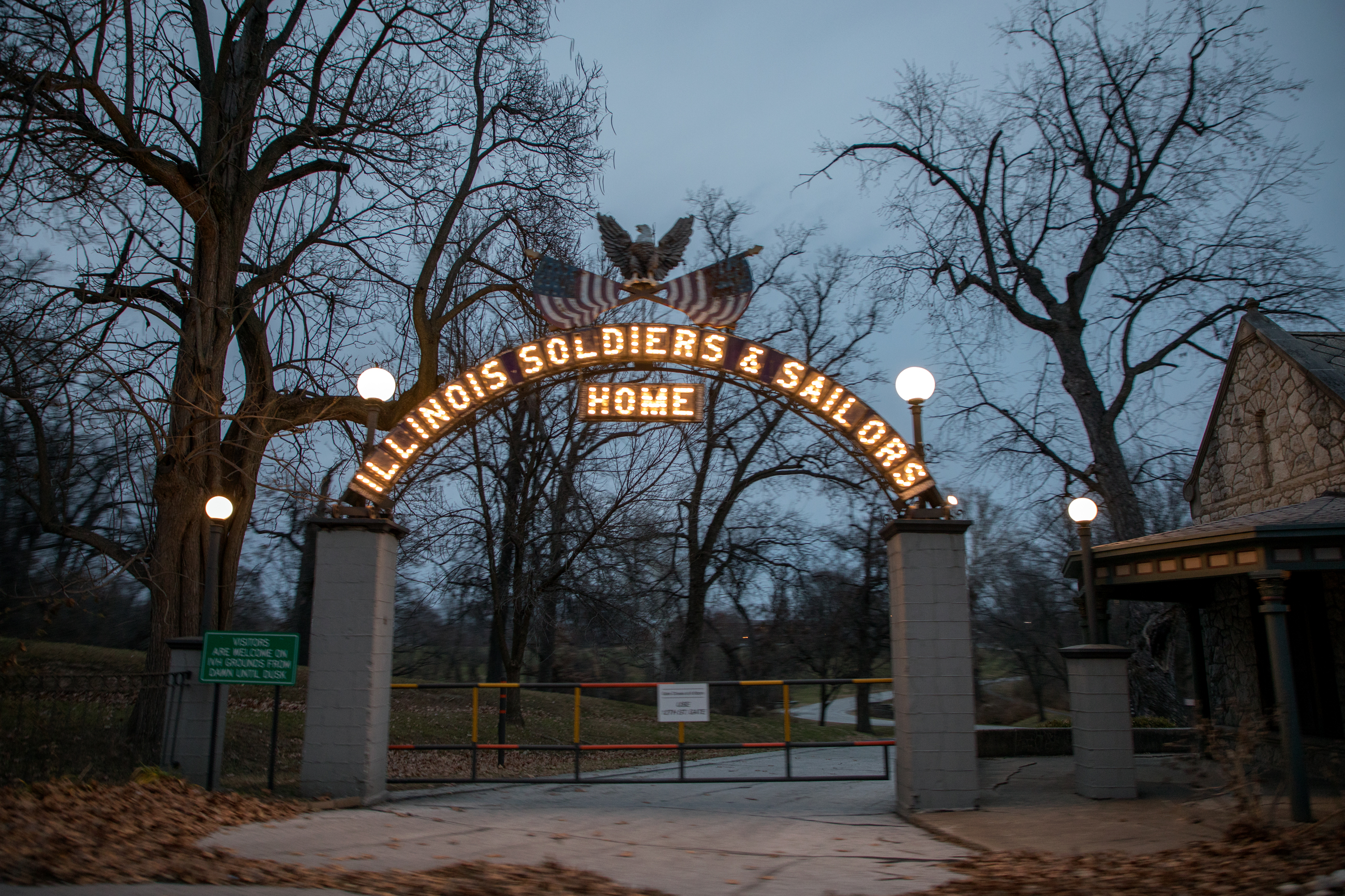 Springer said her father was hospitalized with pneumonia on February 9, less than two weeks after Rauner feted Jackson at his State of the State address. Rauner met the veteran during a weeklong stay at the facility in January, a visit designed to show the home was safe.

Prior to his illness, she said he had chronic obstructive pulmonary disease and was outfitted with both a pacemaker and defibrillator.

“We have no indication that the Legionnaires’ disease caused Mr. Jackson’s death,” said Dave MacDonna, a spokesman for the Illinois Department of Veterans’ Affairs, which manages the Quincy facility.

In a Twitter post on Monday, Rauner noted Jackson’s death but made no mention of his Legionnaires’ diagnosis.

“U.S. Air Force veteran Ivan Jackson was a man of rare quality. Husband, father, grandfather, great-grandfather, his service will be remembered, his memory cherished … forever. Rest in honor, my friend,” the governor said in the post.

Rauner just signed a new state budget that contains $53 million that will be used to launch a full rebuild of the state facility, following a WBEZ investigation into the state’s handling of the public health crisis. That’s even though the governor had said as recently as February that he couldn’t envision doing anything differently to respond to the outbreaks.

Springer said she believes Rauner now comprehends the scope of the problem at the Quincy home.

But she said residents of the facility have been subjected to the bacteria that causes the illness for too long.

The facility has attempted to flush and disinfect its water lines, but a recent Centers for Disease Control and Prevention report noted how residents faced the possibility of getting ill simply by having in-room sink faucets running.

“Living in quarters where you have to run water four times a day just to keep the stuff at a lower level, what’s good about that?” she said. “Why wouldn’t they just repair everything?”