Concussions in the National Football League (NFL) and military have received a lot of attention lately. But traumatic brain injury is a much larger issue, affecting at least 1.5 million Americans each year.

As the impact of brain injuries becomes clearer, some experts say they are noticing a pattern. Many people with brain injuries are struggling in their efforts to return to work or get the accommodations from their employers to deal with the aftermath.

Carey Gelfand lives in Glencoe, Ill., one of Chicago’s North Shore suburbs. In 2006, she was working at an art consulting company. She traveled with her boss to New York City to attend an art expo. She was wearing a pair of flat-bottom cowboy boots when the temperature dropped and the rain-slicked streets froze over.

“My feet went out from under me and my head just hit the pavement,” said Gelfand.

Gelfand did what many of us do when we get embarrassed after a fall, she stood up and brushed herself off, declaring, “I’m fine, I’m fine…”  She kept walking with her colleagues and then boarded a bus. “And I looked out the window and I was thinking, ‘I’m here, but I’m not,’” said Gelfand.

When she returned to Illinois, she began forgetting crucial details. She missed an appointment with an important client and could not concentrate at work. By most afternoons she was exhausted, and sometimes she would get terrible headaches.

“My boss was wanting to take jobs away from me. I was very diminished in my position. I was just so frustrated and I had such poor sense of self,” said Gelfand. 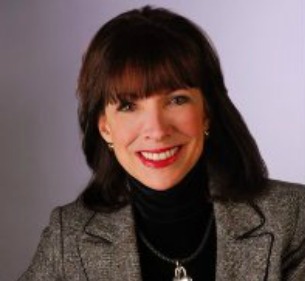 Dr. James Young specializes in rehabilitation neurology at Chicago’s Rush University Medical Center. He said people like Gelfand do not always seek medical attention after a brain injury, because they do not understand how serious it can be. He said a brain injury can be serious even if the victim maintained consciousness.

Young added it is important after a brain injury see a neurologist who can administer the proper tests. Not doing so means it could be weeks or years before the injury is diagnosed.

“People get fired from their jobs,” said Young. “They do worse in school. And their world starts to disintegrate, and they think it couldn't be related to this simple injury.”

When Gelfand finally did see a doctor, weeks after her injury, he showed her a spot where her brain had bled.

“They tell you to rest. Well, good luck,” said Gelfand. “You know, I couldn’t really take time off from my job, because if I did, I’d lose the project. I didn’t want to risk having any losses when I was doing it, because I really wanted to come across as if I was competent.”

The stigma of brain injury stops some employees from asking for accommodations. “Your brain is you,” said Gelfand. “It is literally, in your head.”

When employees do ask for workplace adjustments to deal with head injuries, they can be turned down. Young sometimes calls employers to advocate for his patients.

“To sit there and say I just want them to work for four hours a day for two weeks… you would think I was asking for the world,” Young said. He called this a double standard when compared to other injuries or illnesses, adding, “If a person has a flu, and takes five days off, we accept that.”

Young says one reason it’s hard to get accommodations for a brain injury is because it's hidden. “People who’ve been in car accidents or who are assaulted [and get a brain injury], they said (I) wish I lost my arm so you could see my injury,” said Young.

“When you see these very vital, smart individuals and all of sudden they are aren't feeling normal, [and they have trouble with] attention spans and headaches, we start assigning they are malingering,” said Wolin. “And I think that is going to be the big problem understanding head injuries.”

Wolin says she has seen her patients lose jobs. A small study found people's incomes dropped an average of 50 percent after a brain injury and unemployment increased by more than 400 percent.

Stacey Smiricky is an employment lawyer at the firm Faegre Baker Daniels. She says most HR departments are understanding. But figuring out a reasonable accommodation is also the employee’s responsibility.

“They have to come to the party. You have to bring some suggestions of your own. You have to meet with the employer and say this might work,” said Smiricky.

Wolin works with both athletes and non-athletes. She says sports teams have developed “back to play rules,” a plan for when and how someone can play again after an injury. She hopes he model will trickle down to HR departments.

“I think we are in... one of those ‘ah ha!’ [moments]. We know better now. But, if we know better, will we do better? Will human resources say, ‘Okay concussions are a real thing, lets take it more seriously?’” asked Wolin.

Wolin says it is an exciting and scary moment, because we are realizing how much more we need to learn. That is especially true for a particular group: our second story, women with brain injuries.

Shannon Heffernan is a WBEZ reporter. Follow her @shannon_h

Clarification: A previous version of this story mischaracterized Gelfand's start date at her job. She had worked at the company for years before her injury.