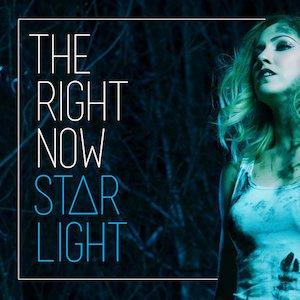 In the wake of platinum superstar Adele (and Amy Winehouse before her), pop music has had no shortage of soulful divas with big backing bands attempting to bring the brash, bold sounds of the early ’60s into the new millennium, but few have done it as convincingly as the seven-piece Chicago group the Right Now. The celestial presence on the group’s third album Starlight clearly is Stefanie Berecz, whose powerhouse vocals are nothing short of captivating on self-empowered explosions such as “Love You Better,” “Up All Night,” and “Too Late.” The band doesn’t fare nearly as well on slower, more syrupy material like “LOVE (Lets Me Know)” or the title track, which are sadly more R. Kelly than Roberta Flack, and which are sometimes dragged down by the self-conscious electronic filigree. But the strongest moments here more than make up for the tracks you’ll want to skip, and when the brass kicks into high gear, the combination of those horns and Berecz’ sensual wail is unbeatable.