Burr Ridge radiologist Robert Marshall has some out-of-the-box ideas he’d like to implement as governor.

The Democratic candidate wants to replace toll roads inside Illinois with tolls to enter the state, impose term limits on lawmakers at all levels of government, and most notably, he wants to split the state of Illinois into three states.

“You could divide the state up into smaller states, and the people would be represented by more senators and have more votes in the Electoral College,” Marshall said Wednesday on Morning Shift. “The three states would be Chicago, the suburbs north of Route 80, and everything south of Route 80.”

Marshall took questions from Morning Shift listeners and discussed how his plans diverge from the political norms. Here are some interview highlights.

On dividing Illinois into 3 states

When you have three children and they’re arguing, you put them in separate bedrooms, they don’t argue anymore, and they get their homework done. Right now, it isn’t working — what we’re doing is forcing diversity on people and throughout the state. 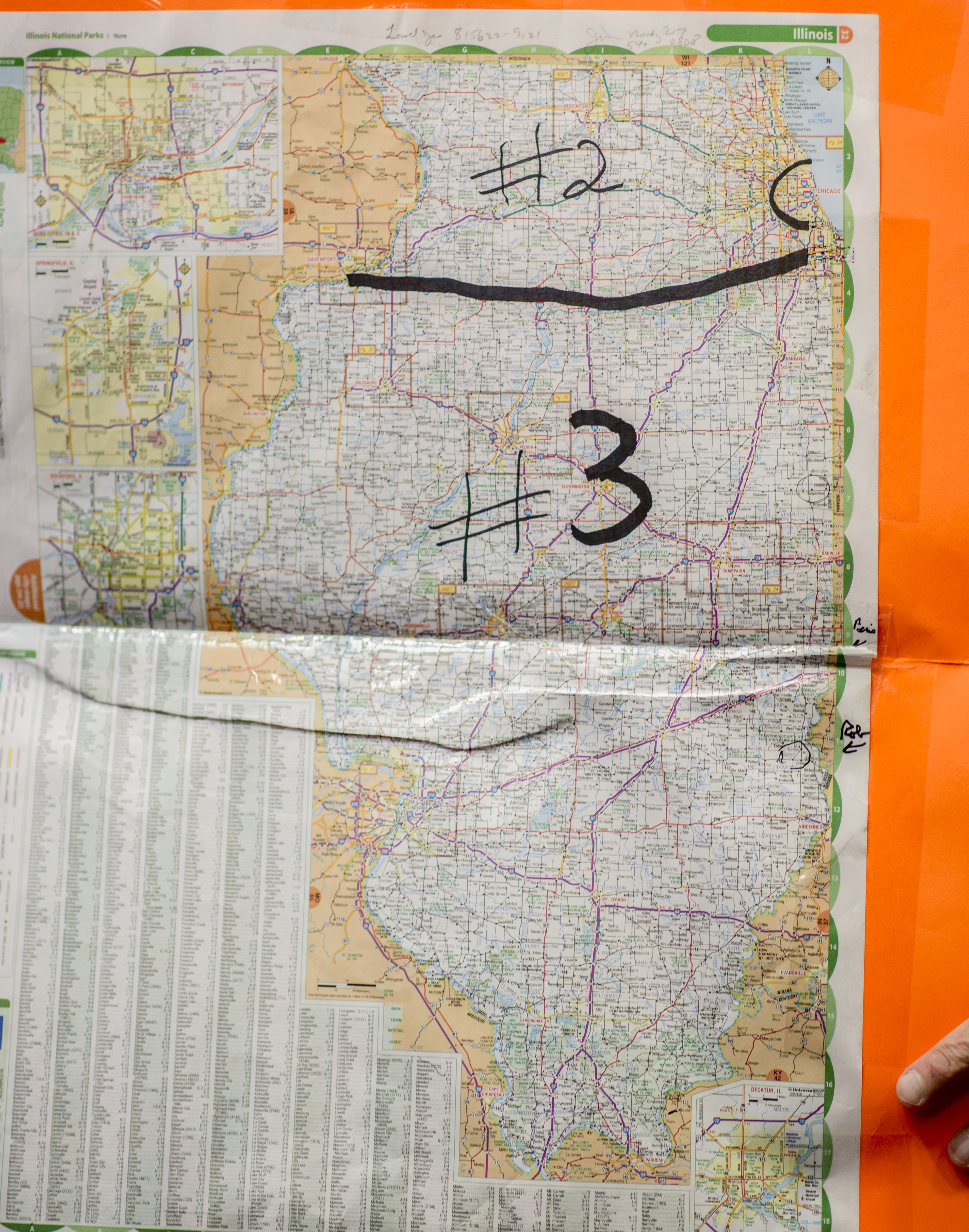 Marshall: I’m strongly in favor of legalized marijuana. It does have to be regulated, like alcohol or anything else, but we know it can be done. There are many states now where it is being done, and it’s going to generate an enormous number of jobs because we can grow it downstate, and that’ll solve an awful lot of problems. It’ll probably generate 30 to 40,000 jobs: growing, transporting, selling.

And you’ll generate an enormous amount of revenue, and that revenue can be used for many things. I would like to see it rebated back to property owners, because property taxes are extremely high in the state, and that’s one of the reasons why people are leaving.

Marshall: In general, I’m opposed to any further increases in taxes: income, graduated income tax, sales, whatever. The state has to learn to tighten its belt.

And I’m against the progressive income tax. That would be a disaster for the state. That’s a tax increase on the people who are leaving the state — the more well-heeled people. They’re your middle class and upper-middle class, and now, you’re going to institute a tax that targets them? They’re going to leave the state in greater numbers.

I disagree [that the current tax system isn’t fair]. I think a graduated tax is unfair. How do people get up into these higher incomes? They get there by working hard or by working more hours per week. So now, you’re going to go to them and say they have to pay a higher percentage because they’re working harder and making a little bit more. It’s a tax on labor.

This interview has been edited for brevity and clarity. Click the “play” button to listen to the entire segment.

Editor’s note: Chicago Public Media receives philanthropic support from The Pritzker Foundation. J.B. Pritzker, who is campaigning for governor in the Democratic Primary, is not involved with the foundation and does not contribute to it.