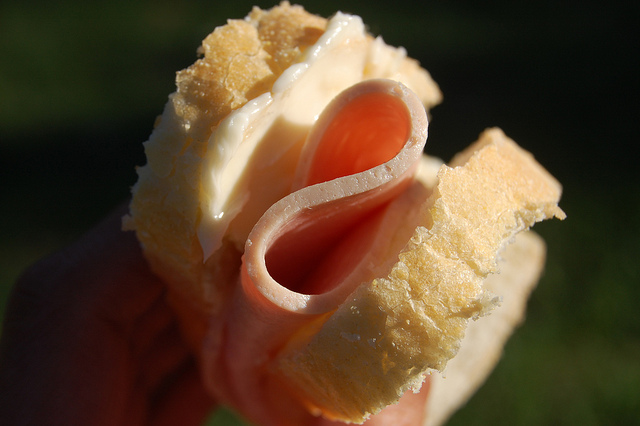 On day three of the Chicago Teachers Union strike, I heed Peter Sagal's call to remember the sandwiches of our youth.

Like you, I'm an avid follower of Wait Wait...Don't blog me!'s Sandwich Monday feature. As you must know, each week they highlight a new sandwich (sometimes using the term loosely) and this week they recreated the meal that made Peter who he is today: The Sagal Sandwich, featuring Hebrew National salami on white bread with sweet pickle relish.

"Every day during the 7th and 8th grade I would go into the lunchroom at Columbia Junior High School in Berkeley Heights, N.J., and unwrap the same sandwich," he said.

In Chicago school year terms, this would have been a year of 170 salami-sweet-pickle-relishes-on-white (up until this year, when the school year was lengthened to meet the national average of 180 days). Disturbing, yes? And sandwich was pre-made! Couldn't they have made it to order? Didn't it get soggy?

Much has been said about the dire state of our public schools — and their lunches. WBEZ's own Chip Mitchell reported a story back in January about CPS foodworkers calling on the district to dump frozen food and let them cook. It makes a difference: "More than eighty per cent of students in the Chicago school system qualify for free or reduced-price lunches, which is usually taken to be a measure of poverty," wrote The New Yorker's Rebecca Mead about the current strike.

One of my own earliest taste memories — of a soft butter and bologna sandwich on even softer white bread — came from the hands of my kindergarten teacher, the sainted Mrs. Shay. She only made this delicacy once, as far as I can recall, but that was enough. I remember watching her intently as she spread the perfectly tempered, salted butter smoothly from edge to edge; then as she covered the buttered bread with a single slice of round, pink bologna; before closing with another pristine, pillowy slice. She then cut the sandwich neatly into fourths, giving one section to each student.

The taste and texture was exotic for four year-old me; my mom and grandmother home-cooked Chinese food for every meal. The sense-awakening salt; the full, fatty butter; the fine, crumbed bread — this was an amuse-bouche for my little life. Now, whenever I make these same gestures — whether it's spreading beurre de baratte, laying down charcuterie or biting into pain de mie — I can't help but think of that fleeting moment.

Despite the care with which my teacher prepared this simple sandwich, the practice would not be allowed in today's age of rigid food safety. Our school didn't have a lunchroom; I'm not even sure where she even got the ingredients (or the recipe, for that matter — there doesn't seem to be a tradition of butter bologna sandwiches, even in the Midwest, though you will see its racier relation, the fried bologna sandwich).

If the strike continues Thursday, CPS will extend the hours at Children First sites to provide a full six hour day, from 8:30 a.m. to 2:30 p.m., during which breakfast and lunch will be served.

As the strike continues, I wonder: What sandwiches these youth will remember? 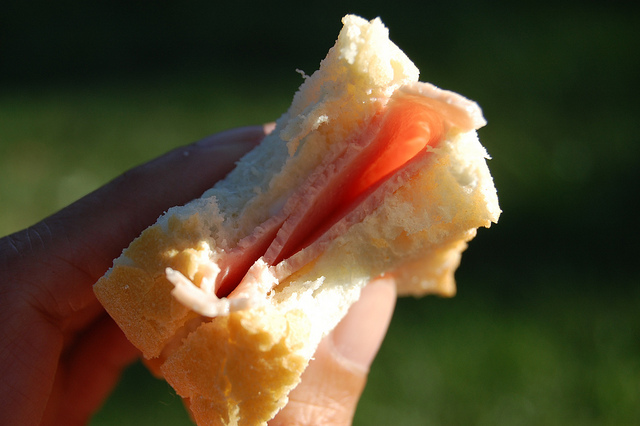