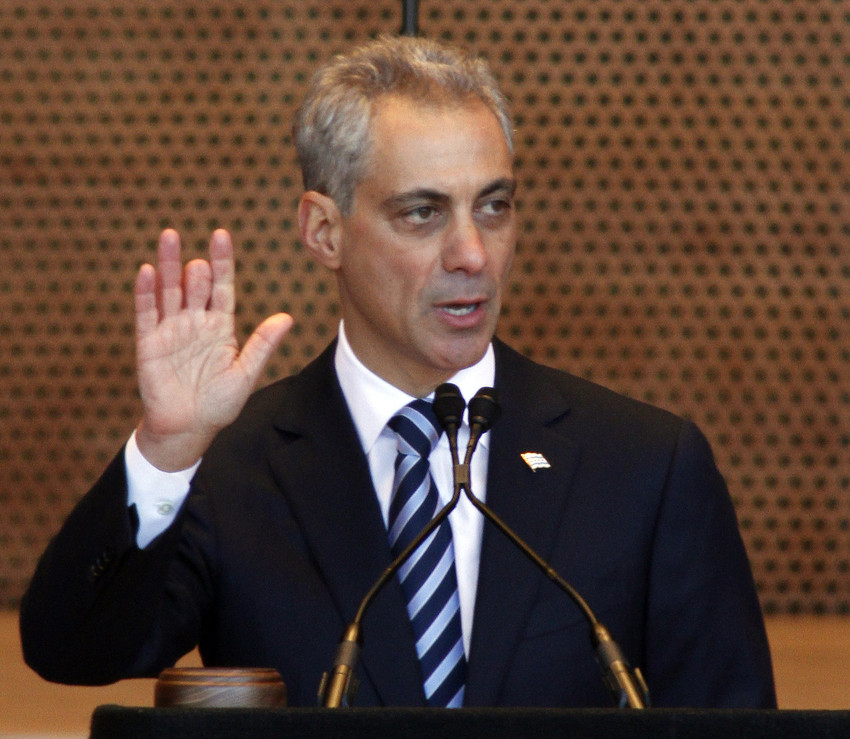 Fifty-four school closings! How did we ever get in this mess?

Er, ahem, shall we do some math?

What does this equal?

At a quick glance, the two stories may not share much except their sensational nature. But the closings of 54 schools and the conviction of the Cook County politician are the results of a long, enmeshed system that gives the mayor unprecedented power and breeds corruption, both big and small.

The first story goes to a shock treatment to a school system that is in a deep, deep crisis after years of mismanagement, corruption and politicking by city government.

Remember how in 1988 the late Mayor Harold Washington helped pass the Chicago School Reform Act down in Springfield, which created Local School Councils and gave them unprecedented power to manage neighborhood schools? It was a new dawn, yes. And then a year later, Mayor Richard M. Daley got elected and began the push to strip the LSCs of virtually all say, finally accomplished in 1995 when the state made the mayor of Chicago the undisputed -- and I do mean undisputed, since the mayor appoints the board where the only possible pushback could come from -- czar of the Chicago Public Schools. The charter school craze in Chicago began just about then, and school closings became a part of every discussion about education reform.

What does Beavers have to do with this? After all, he was on the City Council back then, a self-described “master of the backroom deal” and unabashed crony in our fair city’s long history of crony corruption, and then on the county Board of Commissioners, neither of which has much say about schools.

But Beavers, who had a brief moment of progressive politics when, as a black politician, he rode the wave of Washington’s historic 1983 election and simply could not oppose the mayor without risking his political life, quickly fell in line under Daley. The man never saw a screw-the-citizen deal he couldn’t vote yes for, including parking meters and pension giveaways, private contracts to mayoral pals, etc., etc., etc.

Still don’t follow the math? Okay, add in his recent headline: “City of Chicago hit with $57.8 Million Tab in Parking Garage Snafu.” It seems the city signed a 99 year-long $563 million dollar contract with a private company for parking services, promising them no competition, then turned around and gave a contract to some competitors just a few blocks away.

Beavers was around then, nodding in Daley’s direction like one of those little dashboard dogs, and giving pieces of the city away as part of the mayor’s largesse towards his friends.

Oh, I know, he wasn’t alone. What is about Chicago that we keep electing strongmen as mayors, then fill an overstuffed, overblown, worthless City Council with lackeys that give that Caudillo lopsided votes guaranteeing they get everything they want in exchange for a few crumbs?

Let’s be frank, with the single exception of Edward Burke, the 14th Ward Suzerain, the rewards to those who facilitate the mayor’s grandiose giveaways are relatively minor. Especially in black wards, they mostly survive to vote again, to run again, to buy a steak dinner and impress neighbors and distant cousins.

How bad is it? Over at Chicago Magazine, Steve Rhodes put together a little study that details City Council votes since Mayor Rahm Emanuel got elected. Wanna get depressed? A full third of the City Council has never voted against Emanuel, ever (and this is a improvement over the Council’s bending over for Daley). In 26 meetings, our representatives have given the mayor 1,333 yes votes and only 122 nos (about half of those come from the same five aldermen and -- get this -- the only minority alderman who occasionally votes against the mayor is Leslie Hairston, from Hyde Park, where her political life depends on not being the mayor’s total lap dog).

In other words, the mayor presides over a City Council that’s bought and sold. He appoints the members to the school board which is the only check and balance on his power over the city’s schools.

Checks and balances? Please. Look at this headline: “State Supreme Court Rules City IG Can’t Subpoena Chicago Documents.” It turns out the city’s Inspector General needs the mayor’s approval to investigate anything having to do with the mayor’s office. Does that make sense to anyone? The court's vote was unanimous. Let’s not even bother to get into who’s on the court, or their paths there.

Yes, I know that much of what Emanuel is hammering through right now -- whether it’s the school closings or the multiple million dollar settlements or dealing with the very bad deals the city has to contend with -- isn’t his doing. I get that it’s an inheritance.

But here’s the other thing I get: Unless this very corrupt and insular system itself changes -- and that starts with whom we, as citizens, elect to lower offices such as the City Council -- nothing else will change. Emanuel and Daley are of the same royally-entitled bloodline.

And Beavers? He’s just one of thousands of bastard children willing to do anything for the royals' approval.

Add that up and it’s pretty ugly.