Thousands of students in the Chicago area plan to walk out of class Wednesday as part of a national student-led effort to protest gun violence, with many local teens saying they hope their voices will spur change in the national conversation around guns.

“We’re not just fighting against guns — we’re fighting for our lives,” said Kobey Lofton, a student helping to organize the walkout at North Lawndale College Prep on Chicago’s West Side.

The student-led protests at high schools, elementary schools, and universities across the U.S. are timed to mark the one-month anniversary of the deadly school shooting in Parkland, Florida.

Organizers of the Women's March helped kick off this movement, urging students to organize as part of a National School Walkout. The walkouts are meant to last 17 minutes, one for each person who died in Parkland. In Chicago, some students are adding extra minutes to honor local victims of gun violence — including family and friends.

“We want to make it known how this is affecting us as students,” said Jaden Gray, a student organizer for the walkout at Chicago’s Lincoln Park High School. “We’re voicing that we’re here and need to do something now.”

The strong and vocal response to the Parkland shootings, driven in large part by the student survivors of that mass shooting, has prompted a wave of activism across the country unlike anything seen in recent years. While Chicago students have long spoken out against gun violence, the Parkland shooting is extending the reach of that activism into more affluent suburban areas.

“We’ve always said this is one of the safest schools in the area, how we can’t imagine something like that happening to us,” said Andy Wang, a senior at Neuqua Valley High School in west suburban Naperville. “After the incident in Florida, it just really hit home for a lot of people.”

Walkouts planned across the region

Students at public, private, and parochial schools across the city and the suburbs have spent the last several weeks prepping for Wednesday’s walkout.

Some of the walkout monikers speak to pent-up frustration and, for many, a call to action: “Enough,” “It’s Been Too Long,” and “Never Again.” 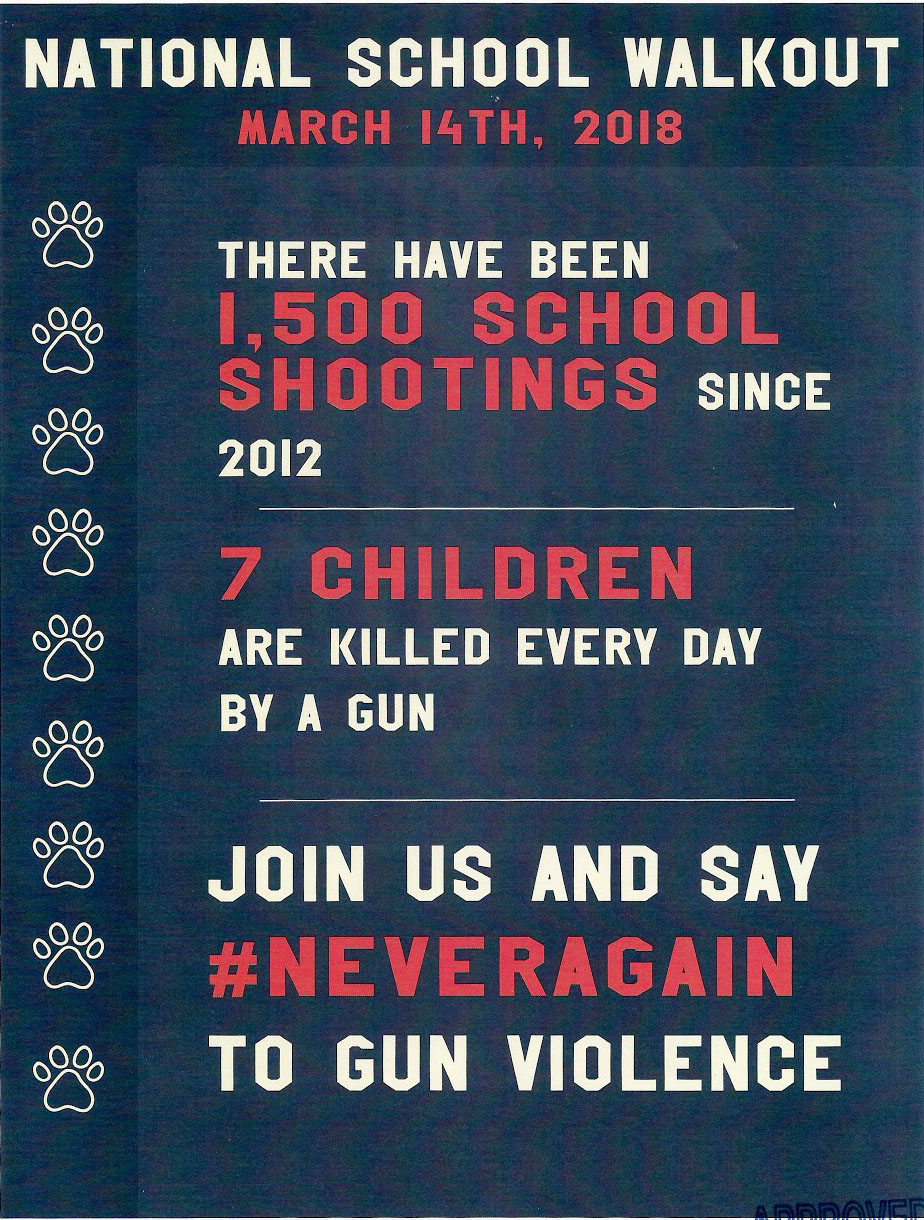 Students were urged to take the lead and organize the walkouts as they saw fit.  The walkouts run the gamut in Chicago and the suburbs, including straightforward 17- minute marches outside school, marches to polling places, marches that include speeches by students and public officials, and protests and vigils to honor local victims of gun violence, including Chicago Police Cmdr. Paul Bauer, who was murdered last month. 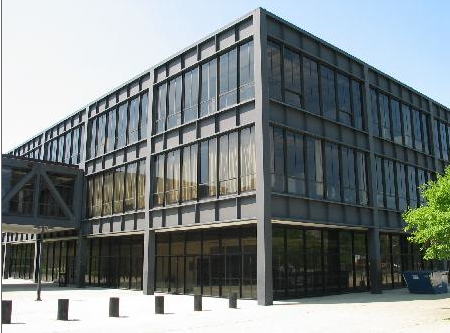 Some schools are only allowing programs inside their schools, especially for younger students, and many Archdiocese of Chicago schools are including prayer walks and prayers for peace.

Wang, of Neuqua Valley, said students are planning multiple activities during their 45-minute walkout, including an “awareness table,” voter registration, and a letter-writing campaign.

“As students, we’ve had enough of what’s going on. We want action on this issue right now,” he said.  While national organizers have tied the protests to specific gun policy reforms, Wang said organizers at Neuqua are not advocating for any particular policy. “It’s up to the individual to decide, what is the action that I want to do going forward with this.”

The National School Walkout has an explicit gun control agenda, urging student “to protest Congress’ inaction to do more than tweet thoughts and prayers in response to the gun violence plaguing our schools and neighborhoods. We need action.” Their demands include banning assault weapons and expanding background checks to all gun sales.

A balancing act for schools

Schools across Chicago have been grappling with how best to respond to the walkouts and have come up with a range of response and approaches.

Many school districts are embracing a role in the national gun debate, and are either supporting or tolerating student walkouts. That includes Chicago Public Schools and New Trier High School on the North Shore, where the teen organizers said students can protest or get a free period — no student will face consequences for either participating or not participating in the walkout.

A smaller number of school districts are actively discouraging walkouts, and a few are threatening discipline for students who participate.

In west suburban Hinsdale, school leaders at the two public high schools told teens and parents that in order to "keep students safe and preserve the learning environment" they cannot give students permission to walk out of class. If students do walk out, they will be disciplined, as they would any time a student disrupts the learning environment, on “a case-by-case basis” based on the student's discipline record, according to spokeswoman Karen Warner.

“The [school] board policy says we have to be neutral on political things,” she said. “We’ll decide after the fact the consequence. Someone could go out peacefully and some could create raucous. So we’ll see.”

At Lincoln-Way Central High School in southwest suburban New Lenox, the principal said in an email to staff that, “In working with student leaders, we have decided that it would be a counter-productive effort to have any students go outside. Going outside would breach our safety and security plan and put students at risk on the advertised national walkout.”

Administrators in south suburban Plainfield said any student who walks out will also have to meet with state lawmakers who are being brought in to the community’s four schools this week to host a forum on the political and legislative process. Skipping that session will mean one hour of detention, according to the school district spokesman. 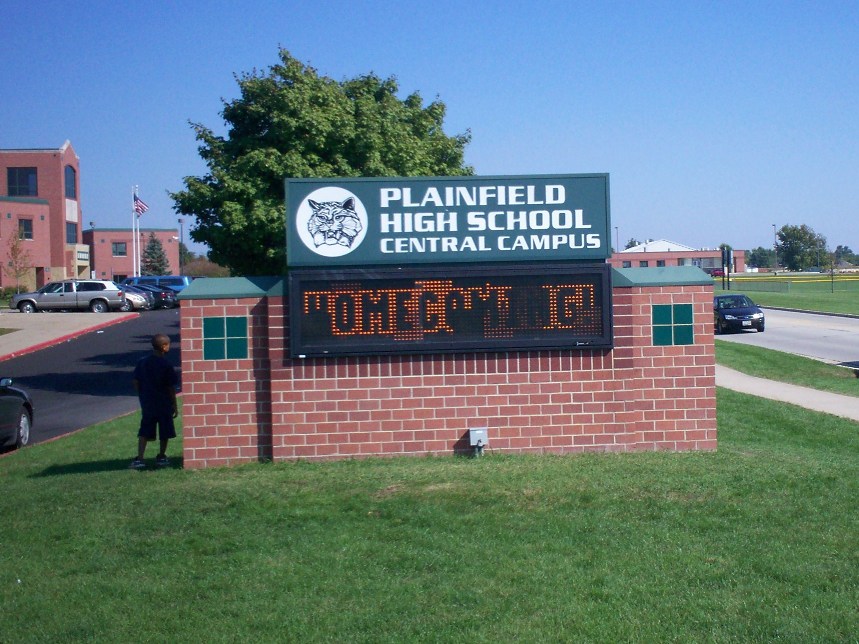 And in Chicago, the Chicago Republican Party is threatening to sue CPS if the walkouts go on as planned Wednesday over what it calls “pro-gun control rallies during the school day.”

But at dozens of other schools across the Chicago area, students will be walking out with the blessing — or at least the tacit approval — of their school leaders.

“This is a crucial moment in our country,”  CPS CEO Janice Jackson said in prepared remarks late last month. “Because of students in Parkland and other parts of our country, including here in Chicago, many adults are listening to student voices for the first time.”

This story has been corrected to make clear that Hinsdale District 86 is not prohibiting students from walking out of class on Wednesday. Rather, the district told students and parents it cannot give permission for students to walk out.