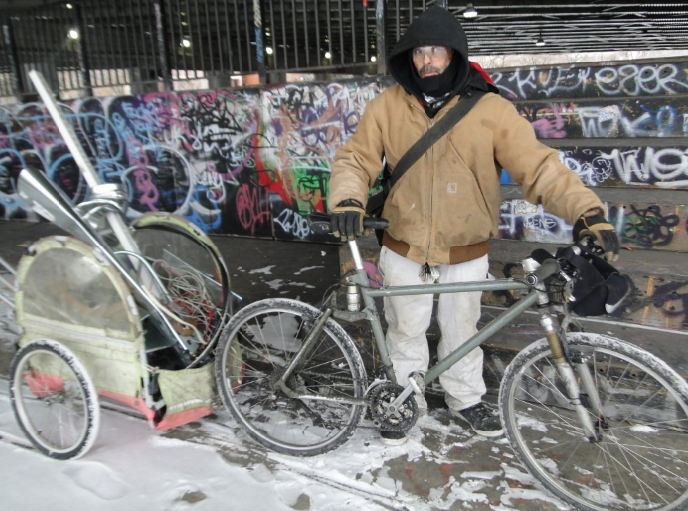 On the day I met Ulysses Bonilla the thermometer had dipped to negative three, snow blanketed the ground, and the wind was whipping in every direction.

I’d come to this Chicago underpass looking for a guy I know who stays here.

Ulysses was here because this is where he takes his short smoke breaks. Mostly he smokes discarded cigarette butts he finds on the sidewalk, but on a splurge day he actually buys cigarettes.

It’s a break from a routine he follows daily—rain or sleet, intense heat or severe cold. With a nylon-topped kiddie trailer lassoed to a bike, he makes his way around the alleys of Chicago collecting recyclables, including house wire, steel pipes, copper, and aluminum. 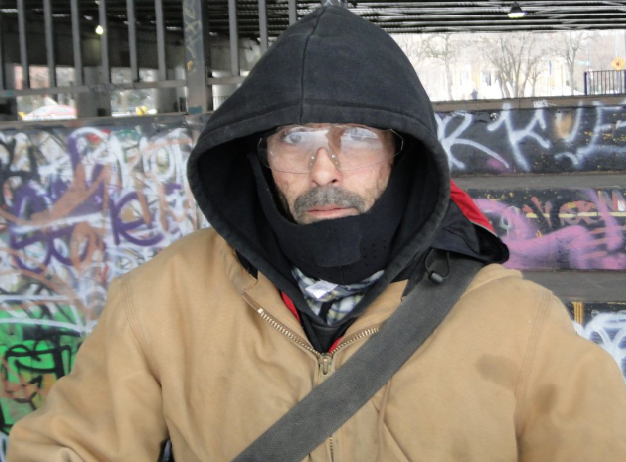 On a typical day he starts at 6 a.m. During his 10-hour work day he’ll traverse 20 to 25 miles, roughly from North Avenue to Irving Park Road and Sheridan Road west to Kedzie. On a really good day his collection efforts may net him $30 to $40 at a recycling center or “junkyard” as he calls them.

The frigid day of our chance encounter, he’d been at it three hours and figured his haul was worth maybe $13 or $14.

In our little conversation he tells me about his life, where he sleeps at night, and about a business he dreams of starting ... you can hear that hope in the audio, above.

When he wakes up in the morning, Bonilla never knows what “junk” he’ll find or how much money he’ll have at the end of the day. His biggest fear, he says, is uncertainty.