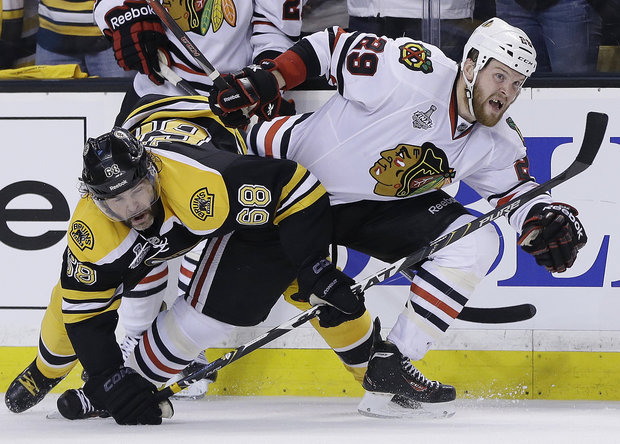 On social media, Blackhawks fans make it sound like the Stanley Cup is a lost cause. After losing 2-0 on Monday, tonight they play Game 4 in Boston with the Bruins up 2 games to 1 in the Finals.

While fans are in a state of panic, Hawks players remain confident in Boston since they believe they can rebound and stay in this playoff series for the long haul.

What do the Blackhawks have to do to even up the series?

Both teams had optional work-outs yesterday, so few players practiced. Trying to read the body language of the Blackhawks in the locker room, you would have no clue they are down in this series. Mainly, they know if they even the series tonight, then all, or most, of the problems have been solved by the Hawks. It is hard to tell if their confidence is wavering. That will be determined when the puck drops for Game 4 in Boston.