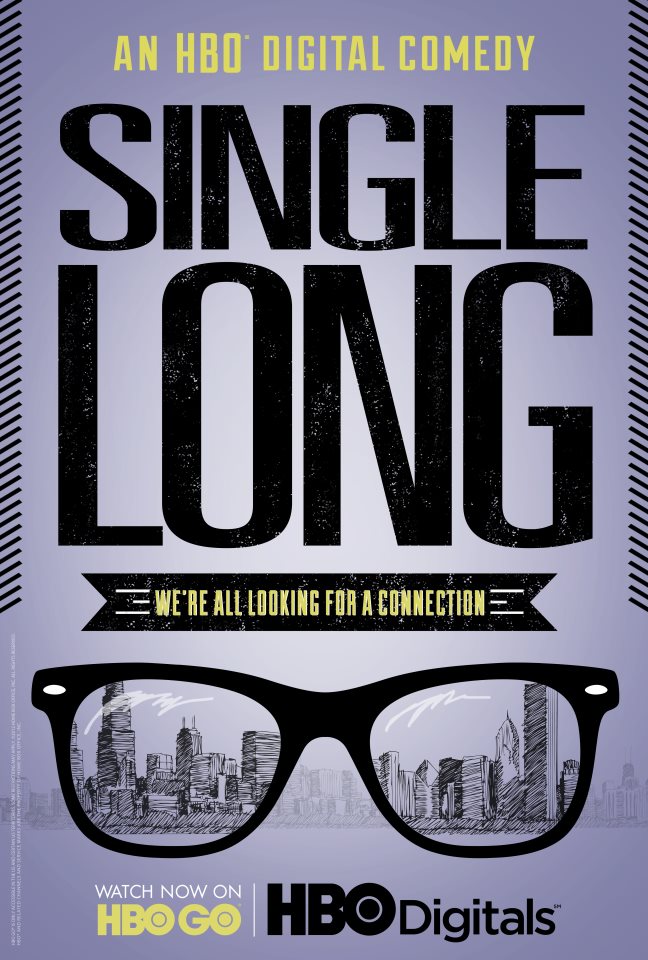 "I'm afraid that once I pay rent I'm going to starve to death, just straight up."

You'll hear a lot of that type of dialogue watching Single Long, the new digital comedy produced by HBO. Conceived of, co-written and starring recent University of Chicago graduates Jack Lawrence Mayer, Ed Hausman and Sarra Jahedi (that's where I met them), the HBO aspect of the show is huge for them -- but the show itself hasn't come out of left field.

In college, Mayer, Hausman and Jahedi produced several webseries together, releasing them online, like Drexel and Drexel and Pushing 23.

“Basically every Saturday we’d shoot a two minute comedy almost weekly for two years, almost out of having nothing else to do better on Saturdays," said Mayer. A year after graduating, Mayer entered a pilot he'd written that evolved from those projects, Single Long, which they shot in about a day with whoever was around, into the Chicago TV Comedy pilot competition. Much to their surprise, they won.

“Creatively,  I imagined versions of the characters we created [for the previous series] taking their next step” in Single Long. But technically, Mayer had spent his time out of college "basically spending every waking second working on video production" -- much of which he'd honed working on his blog Living Room Songs, which features videos of bands playing in mostly Chicago homes.

After they won the festival, one of the judges, who was an agent in Los Angeles, asked their permission to shop it around. HBO took the bait, and in the fall of 2011, Mayer, Hausman and Jahedi found themselves writing and rewriting the seven, 15-minute episodes that would be Single Long, about three friends attempting to start a dating website in Chicago of the same name.

“I actually ran an esoteric website believing that one day it would make me money," said Mayer. "There’s a kind of madness when you’re running a blog. I remember the day I launched Living Room Songs, I went to the grocery store and I was anxious as if I left my child. I had to go home and check on it.”

After that, things moved quickly: HBO put together a Chicago-based production crew so all budgeting and logistics would be done locally (“Strictly speaking, I never knew that number. I have a pretty good guess. It wasn’t a lot," says Mayer of the cost of the series). John Klein, a director of photography who works with Glass City films signed on, as did producers like Mallory Sohmer and Sarada Duvvuri.

In the original pilot, “Whoever was not on camera was who was holding the camera," said Mayer. So “It scared the sh** out of me to see 20 set people in my house on day one of filming...The division of labor is what I could imagine [would exist on a film set] but never envisioned.”

When watching Single Long, you'll know where you are: they shot most of the scenes in Uptown, where Mayer lives, and a few in Wicker Park, as well as on the CTA, at the “Western Brown line, which no one really knows exists.”

From that, it's the cultural and aesthetic differences, as well as “the pain in the butt it is to get from one neighborhood to another" that Mayer wants people to feel. That and the music, which is largely by Chicago bands.

That being said, Mayer recognizes that despite the talent of people he's worked with, “If you live in Chicago and you don’t live in New York or L.A., there’s a sense of a ceiling...how far you can go in this city before you’ve settled for less than the coasts?” That's a question he and his co-creators -- as well as their characters -- haven't found the answer to yet.

Because of its location and topic, Single Long faces inevitable comparisons to what feels like the most written about show of our time, another HBO product called Girls. But Mayer doesn't see a huge similarity. He cites movies like Clerks and Slacker as better examples for how long the young-person-struggling genre has been around, and says there are other inspirations for their product: “Seth Rogen feeling feelings in Knocked Up probably has something to do with the fact that we’re doing Single Long.”

"As more and more people stumble into this protracted adolescence...there hasn't necessarily been media created to speak to people directly living in those situations," pointed out Hausman on Afternoon Shift. Jahedi agrees: "It's a time of transition, it's a time of confusion and growing up and it's a lot of issues a lot of people can relate to....College is a party and then all of a sudden the real world hits you."

But: “The women in Girls are having significantly more sex than the women in Single Long."

It's the modern details (like the famous "What's a drop pin?" moment in Girls) that make this show realistic, and that's something that Generation X reponds to: Someone on Tumblr praised Single Long's attention to detail, because the iPhone's on the show actually have a history of text messages shown. "Is this supposed to be the first text they ever sent each other? Come on," they wrote.

It's that realism coupled with the spread of online TV that make shows like this topical, and probably the reason HBO is expanding into digital-only shows like this one. "The who-knows-what-the-future-holds mantra has gotta be gone soon seeing as I don’t know many people who have TVs," says Mayer. “The internet for me -- starting when I was 19 years old when I wanted to make movies -- was a means of product distribution.”

Mayer says he has "No clue" what's going to happen next, and is waiting to see how the show is received. The feedback from family and friends has been positive, but what he really wants is some real criticism.

“After I graduated, I wasn’t quite as optimistic as I had been," says Mayer. "It had been a year of a lot of sticks and not a lot of carrots.” Looks like he and his co-stars have got the carrot.