Time for a snow story.

In 2013, city snow removal is fairly routine–send out the snow plows! But a century ago, cars and trucks and motor vehicles were rare. And Chicago already had 2 million people. How did they get rid of the snow?

If a street had a streetcar line down the middle, you could attach a plow to the front of a work car, run it down the tracks, and clear a path that way. But there was still snow piled up on either side of the tracks. Besides, most streets didn’t have tracks to operate those plows. 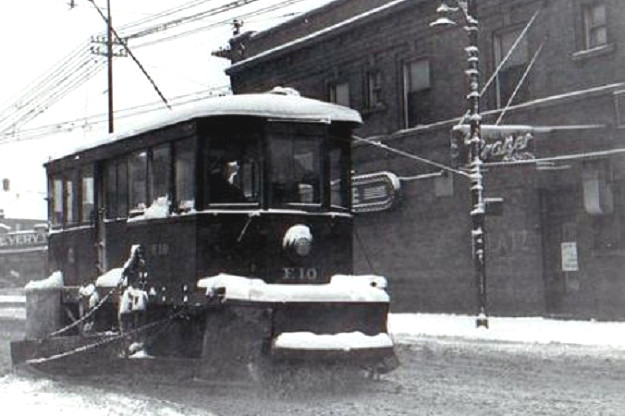 Well, how did you get rid of snow before you had your Toro? Right–you shoveled it! Before there were motorized snow plows, men with shovels had to clear most of the city’s streets. That's the way it was done in 1907.

On December 16 that year, Chicago was just getting through a major snowstorm. Clearing the streets in and around the Loop was a priority.

Snow removal was then the responsibility of each ward superintendent.  Downtown, in the First Ward, the super hired 312 day laborers to remove the snow. Their job was to shovel the snow up into the back of horse-drawn wagons.

Once the wagon was full, the teamster would drive the wagon to the end of Van Buren Street, then dump the snow into the lake. The wagons were also hired on a daily basis. They were paid for each trip they made. 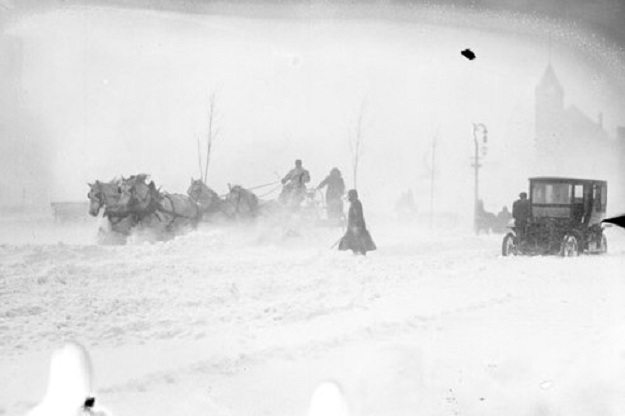 You can guess what happened. As the Tribune put it, the drivers began “nursing their work along.” Instead of dumping all their snow into the lake, they were coming back to the job site with part of the load still in the wagon. They’d have to make more trips, and get paid more money.

By afternoon the drivers were becoming bolder. One person noticed that every fourth wagon returning from the lake was piled with snow–the drivers weren’t bothering to dump any of it. They were just driving up and down Van Buren.

The situation was reported to Mayor Fred Busse. “I’ll look into it as soon as I can get in touch with the ward superintendent,” the mayor told reporters. “They ought to have an inspector for those wagons.”

That was the snow scandal of 1907. Today Chicago has the most modern methods of snow removal anywhere, and we are assured that our full-time city workers always give us an honest day’s work for an honest day’s pay. Am I right?