South Chicago is part of the city, located about a dozen miles southeast of the Loop. It’s officially designated as Community Area 46. 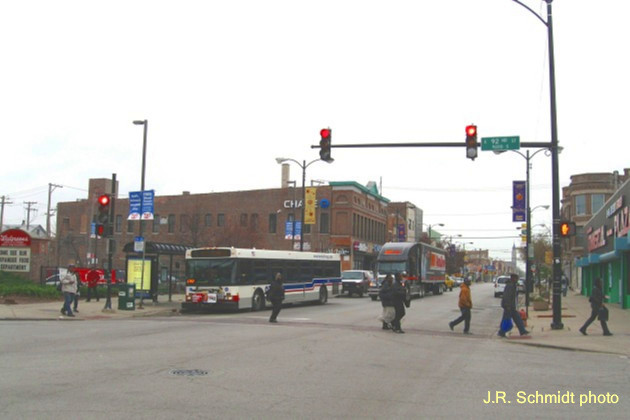 If Jefferson Davis had been listened to, this area might have become downtown Chicago. In 1833, as a young Army officer, Davis surveyed the various rivers that could be linked to the planned Illinois-Michigan Canal. He said that the Calumet River was the best choice. Speculators began buying up nearby land.

Then the politicians picked the Chicago River as the link to the canal. The Calumet River boom went bust. For the next few decades, growth here was slow. 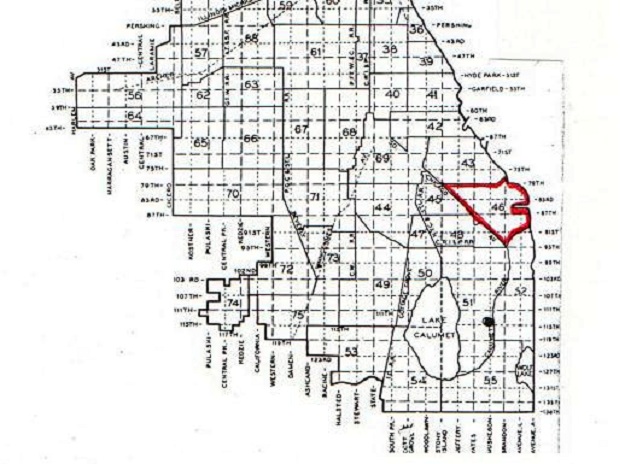 A few scattered settlements developed. The biggest of them was Ainsworth. By 1867, when the Village of Hyde Park annexed the area, the name “South Chicago” was coming into common use.

Enter James Bowen, often called The Father of South Chicago. In 1869 Bowen organized a company to develop the Calumet River and its harbor. The company also began buying land, subdividing it, and laying out streets.

Did Bowen know something? The very next year, Congress made a major appropriation to deepen the Calumet River.

A few industries had been located in South Chicago. As the harbor was improved, more industry came. And with lumber yards and iron forges and grain elevators going up, railroads started laying track to serve them. And with railroads coming in, even more industry was attracted to the area, and–well, you can see where this is going. 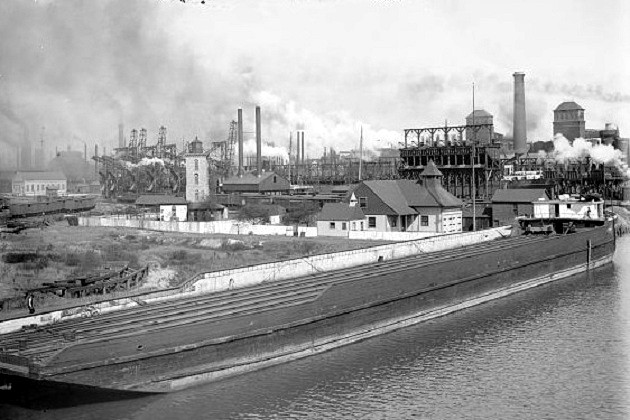 The one industry that made South Chicago was Steel. The big daddy of the steel plants was South Works, opened on the lakefront near 91st Street in 1881. By 1901 the facility stretched all the way north to 79th Street. That was the year it became part of the new U.S. Steel corporation.

South Chicago was annexed by Chicago in 1889. The community then had about 24,000 people, and more were on the way. Many of these settlers were Poles and other Eastern Europeans.

Housing was built quickly and cheaply. The blocks near South Works were divided into “shoestring lots”–140 feet long but only 25 feet wide–and crammed with frame cottages and two-flats. 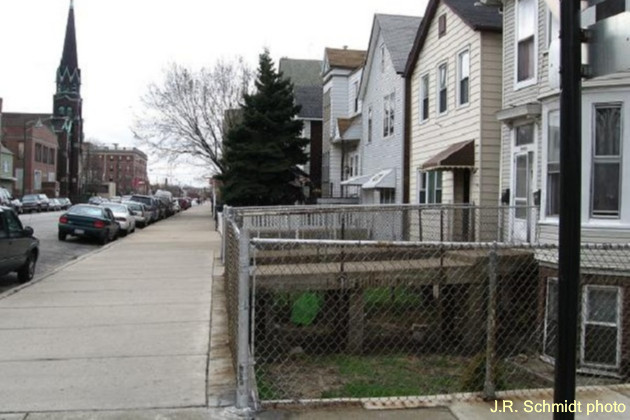 The result was the worst living conditions in Chicago. The steel mill that gave jobs also fouled the air and deafened the ears. The land itself was low and swampy. One writer described the area as having “pools of water, ditches clogged with soot, garbage, and industrial debris, [as well as] decomposed animals.”

Things were better away from the mill. The northern sections of South Chicago remained vacant until the 1920s. Then brick bungalows began going up.

Population growth continued, peaking at 56,000 in 1930. Now the residents included many Mexicans, with a sprinkling of African-Americans. The blocks around 92nd and Commercial became a major commercial district–locals referred to it as “Downtown.” 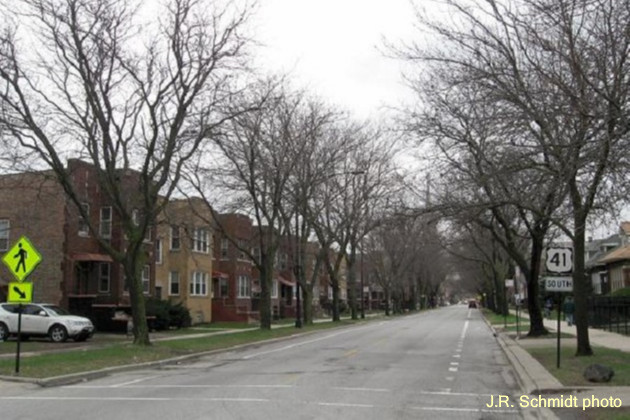 South Chicago was made by Steel. At one time, about 70% of the adult men were employed in the steel industry, at South Works or at other plants in nearby communities. The Chicago-Gary corridor was the steel-producing center of the world.

The American steel industry declined after World War II. The reasons why this happened have been debated at length. South Chicago suffered through the decline. The final blow came in 1992, when South Works closed for good.
Today the community is trying to rebound.  The 2010 Census counted about 32,000 residents. The population is 75% African-American, the rest mostly Hispanic. Ambitious plans have been advanced for developing the vacant South Works land. And once again, this site may become the key to the survival of South Chicago. 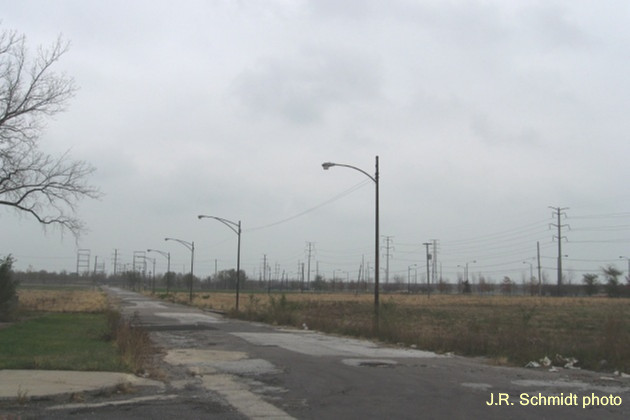