Chicagoan Elaine Mary Olszewski has been coming to St. Adalbert Church in the city’s Pilsen neighborhood for 84 years.

“I’ve been coming here since the day I was born,” Olszewski said Sunday.

She was one of hundreds of parishioners who gathered to mourn St. Adalbert’s closure at the church’s last mass this past weekend. Community members fought back tears during the nearly two-hour long mass.

Some of them wore black.

“These parishioners are like my family. I’m dressed in black because I feel like I’m losing my family today,” Olszewski said. She said she, her grandparents, mother, father and siblings were all baptized at St. Adalbert.

The Archdiocese of Chicago cites financial challenges in its decision to shut down St. Adalbert Church despite vast community pushback. Cardinal Blase Cupich announced the decision last month, saying the church would no longer be used for a sacred space for worship.

St. Adalbert is perhaps best known for it’s 185-foot tall towers that have been in disrepair and covered in scaffolding for years. The parish was originally founded in 1874, and was replaced with the current church which is more than a century old, according to Preservation Chicago. 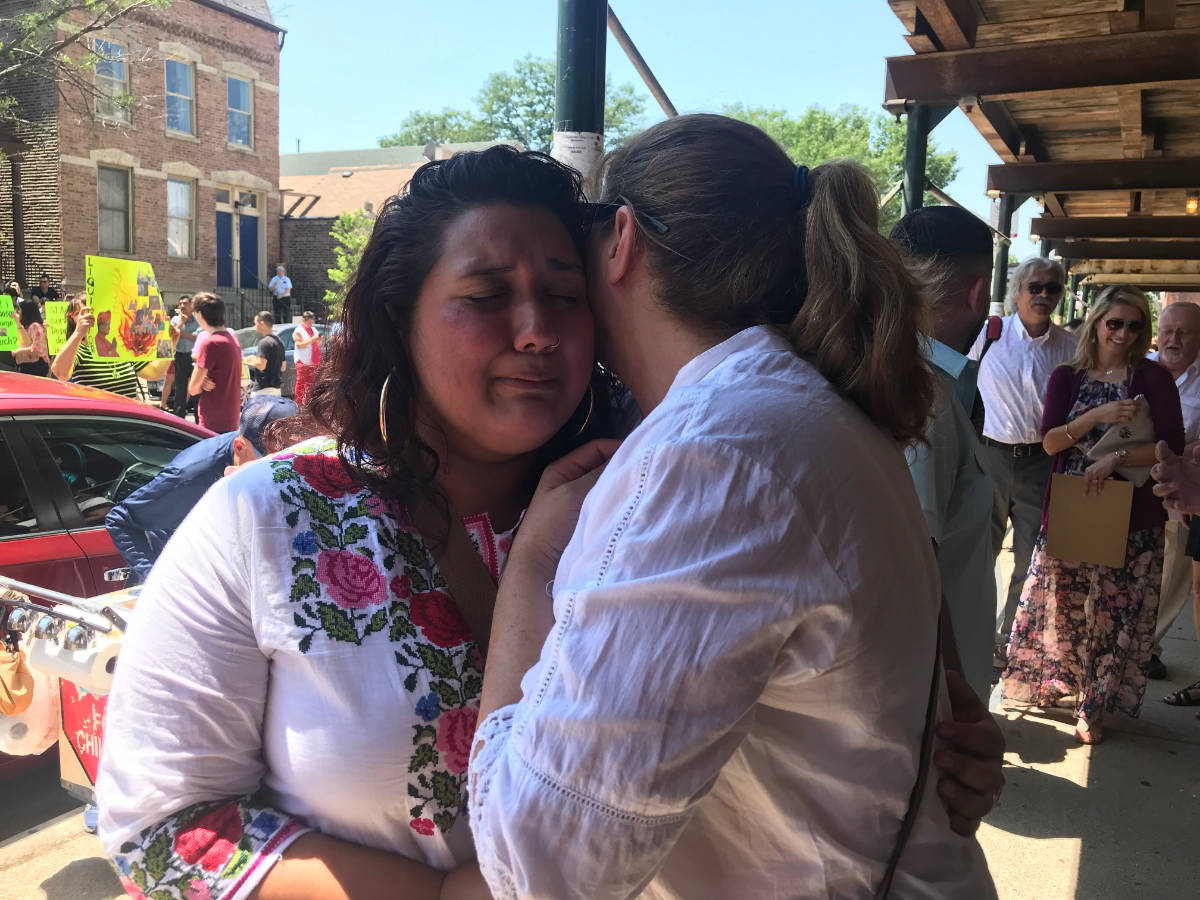 “St. Adalbert has been an anchor in the Pilsen community for more than 100 years and the Archdiocese recognizes its prominent role in Chicago history,” the Archdiocese said in a statement. “However, we must be mindful of parish resources and the significant investment required to repair and stabilize the church building.”

Community members have rallied around efforts to keep the church open, petitioning the Archdiocese to no avail, according to community organizer Blanca Torres, with Save St. Adalbert Church.

“To us it’s an embodiment of our faith,” she said. “That’s why we’re fighting for the building as well, because it is a reflection of our community.”

Monsignor James Kaczorowski, or Father Jim as parishioners call him, came back to give the last mass on Sunday. He led the church for two decades at the end of the 20th century.

“One thing we can be sure of: that no matter what happens to our parish’s building, that no one can separate us from the spirit of St. Adalbert.”

Kaczorowski validated the sentiment felt by many that the last mass was reminiscent of a funeral. Though he told loyal parishioners that life doesn’t end in a funeral, but instead with hope and resurrection.

After mass, that hope manifested itself in a rally, with activists like Torres calling on the Archdiocese to keep the church a holy site.

The future of the historic building itself is unclear. It’s currently up for sale and has been marketed as a prime site for real estate development.

“Archdiocese of Chicago officials have spoken with many groups interested in the property,” the Archdiocese statement said. “All proposals have been and will be considered. Any future plans for the St. Adalbert property will be sensitive to the desires of the community and other constituent groups.”