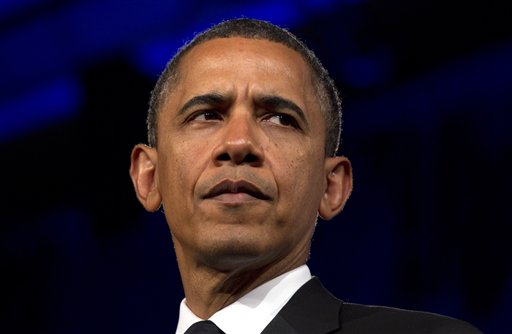 Did President Obama come out in favor of same sex marriage on principle, or out of political need? Was his move a smart strategy or a potential death knell?

There are two prominent narratives about the president’s decision to get behind marriage equality. One says it was an ethical matter, and a deliberate strategy. The vice president’s TV declaration of his own comfort level with the issue was not a gaffe, according to this line of thinking, but a trial balloon.

But another theory proposes that Obama’s announcement came because, after Joe Biden pushed it, the president’s evolving position became untenable. How could such a smart guy with so many LGBT friends and staffers, surrounded by so many people who support marriage equality – including his influential wife – still not be convinced? What exactly did he need?

This particular line of thinking has a variation: Biden jumped the gun, but the decision to support same sex marriage was made when Democratic moneyman George Soros decided to direct funds to grassroots organizations instead of Obama’s PACs. Because one in six of the president’s bundlers are gay, unequivocal support for marriage equality would help fire up what had now become a critical constituency.

Could the announcement have been been better timed? Some say that a week ago, the president might have influenced the outcome of the Amendment One vote in North Carolina – the ban on anything that even smells like same sex marriage. But I doubt that. Amendment One took 60 percent of the vote North Carolina, and I don’t think a single person’s opinion, not even the president’s, could have swayed that many people.

Others say it would have been more powerful if he’d waited for the Democratic convention, which will take place in North Carolina. But, frankly, a whole summer of dodging would have made him look foolish and would have done little but irritated the LGBT community.

What is unquestionable is that the president stepped up and took an unequivocal position – that was also a huge gamble.

Yes, gays and lesbians and their allies will rally, not just with votes, but with money and manpower. And, yes, because marriage equality is a crucial issue – the civil rights issue of their generation – this may help drive the youth vote somewhat (though I suspect that by November this will be a lot less of a big deal). And, yes, many moderates in swing states may look favorably on this position.

But there are real downsides to the president’s announcement. A few days ago, I wrote about the role of the black church in the same sex marriage discussion. And like I said then, I don’t believe African-American voters will leave the Obama over this, but it may temper organizational support from certain churches and may force certain high profile pastors to publicly part with him. White working class male voters, with whom Obama has always had trouble, may be a lost cause now. (For the record, in spite of all the talk about how mostly Catholic Latinos will respond negatively to the president’s position, I think most Latinos in the U.S. don’t rank this as a top-tiered issue.)

Significantly, the GOP leadership seems to be staying away from the issue. In fact, strategists are mostly advising against making it a big deal. Why? Because Mitt Romney needs whatever he can get of the young and moderate swing voters who support marriage equality. And in this terrible and terribly close race, every single vote counts.

The only one still out there, it seems, insisting on marriage as exclusive to one man and one woman at a time, is Romney himself. He’s promising to pass a constitutional amendment banning same sex marriage.

In the meantime, the Washington Post ran a long piece on Thursday about Romney’s bully days in high school, which allegedly include leading a rabble to cut off an effeminate boy’s long hair. What’s most disturbing to me about this story is that, despite clear memories from both Republican and Democratic classmates who witnessed and participated in the assault, Romney claims to have no memory of the incident at all.