It’s 1901 and it’s winter. The football season has ended, and baseball is just a memory. Only Canadians care about hockey. You say there’s a new sport called basketball?

But there’s big sports news in Chicago this January 8. The first national bowling championships are being held here.

Americans had played various forms of bowling since colonial times. In 1895 a group of New York clubs founded the American Bowling Congress. They drew up a list of standard rules and equipment specs. 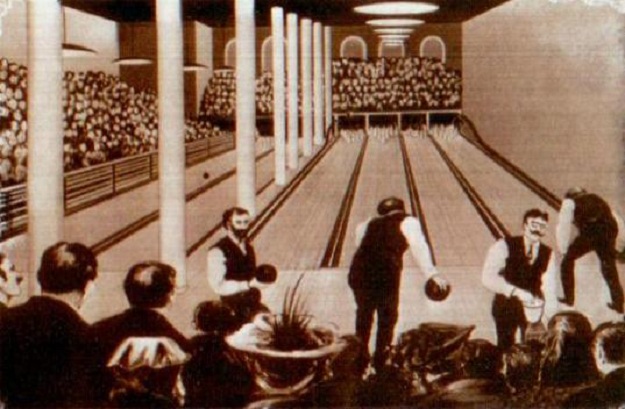 Within a few years, bowling clubs in other cities joined the ABC. Now there was talk about having a tournament to decide who the country’s best bowlers were. Chicago was given the honor of hosting the first ABC Tournament in 1901.

The Chicagoans leased the second floor of a warehouse at Wabash and Randolph. Six bowling lanes were donated by Brunswick, an equipment manufacturer eager to promote the sport. The tournament was planned for three divisions–Team (five-man), Doubles (two-man), and Singles (individual). 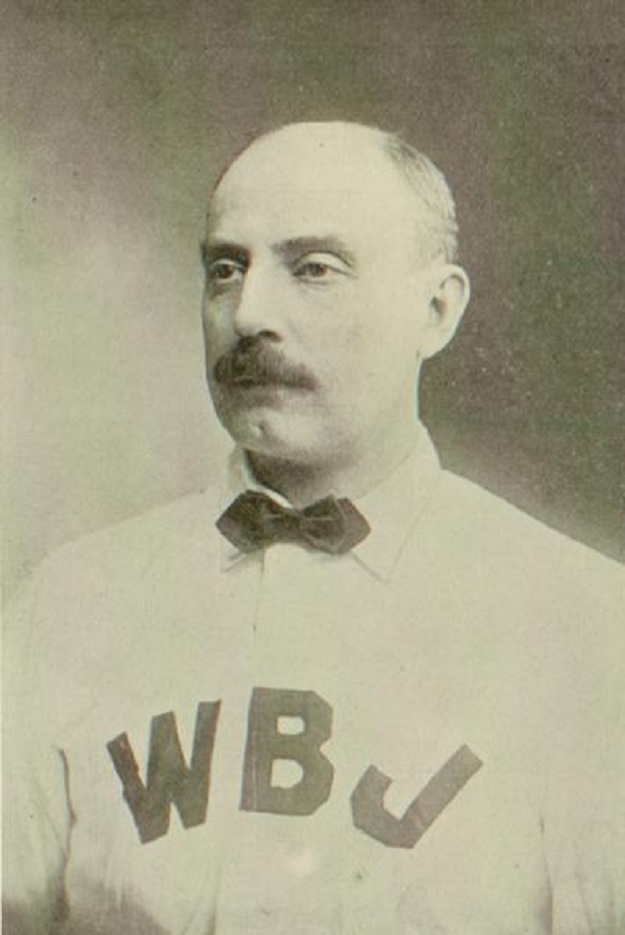 Forty-one teams signed up for the three-day event. The tournament attracted added publicity when Cap Anson announced he would compete. The recently-retired baseball star was the most famous athlete in the country. It was like getting Michael Jordan to bowl a century later.
Opening day was for five-man teams. The early lead was taken by a quintet from Erie, Pennsylvania. Everyone seemed to be having a good time, and the Tribune reported only one problem–there wasn’t enough room for all the fans who wanted to watch the action.
On the second day, Standard of Chicago clinched the Team championship. The Doubles was won by two New Yorkers, C.K. Starr and Johnny Voorheis. Meanwhile, Cap Anson was bowling terribly.
The final day brought the Singles. A total of 115 men rolled three games each to determine who would win the medal as the first National Bowling Champion. And another ex-ballplayer stole the show.
Frank Brill had pitched one season for Detroit. He was never the diamond star that Anson had been. But Brill was a master of the 19-pound, no-hole wood bowling ball. His 648 score took the Singles.
After this modest start, the ABC Tournament became an annual event. Today it is known as the United States Bowling Congress Open Championship. With a field of over 80,000 men and women, it is the largest participatory sporting event in the world.