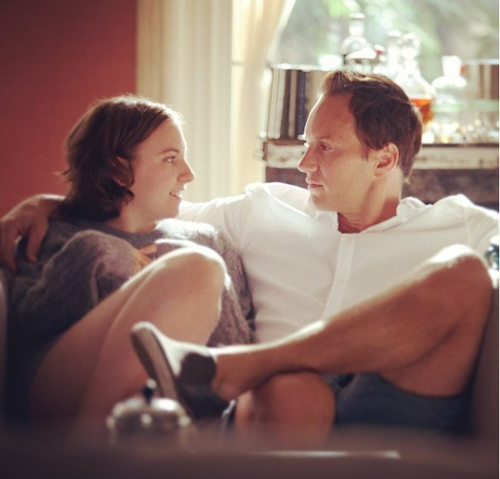 polarizing finale, each new plot twist is more shocking and sensational than the one before. Plus, a Saul Goodman spin-off starring Bob Odenkirk is already in the works: another AMC series destined to continue pushing the boundaries of cable TV to a) new levels of borderline hysteria or b) serial drama fatigue.

Hot button television is nothing new; but oh, how times have changed. For example, the intense shock and dismay stirred up by the Red Wedding massacre on "Game of Thrones" makes the once-scandalous aspects of much older shows, like Lucy being (gasp!) pregnant on "I Love Lucy" or the Brady parents sharing a bed on "The Brady Bunch," seem adorably quaint by comparison.

But beyond the provocative themes that have persisted throughout many a series' run, from the foul mouth of "All in the Family" patriarch Archie Bunker to the perpetual weirdness of "Twin Peaks," certain landmark episodes have also served as cultural powder kegs for audience uproar and debate.

So, which episodes reign as the most controversial to date? Here are my top 10:

What's so controversial about this episode is why audiences found it controversial in the first place. Lena Dunham's character Hannah has a steamy dalliance with a rich, hunky stranger played by Patrick Wilson. Many viewers cited the impossibility of such an affair, saying that a man who looks like Wilson would never be attracted to an average-looking schlub like Dunham. Many critics concluded that the episode must have been a dream; because seriously, how could that ever happen? Insert massive eye roll here.

Thankfully, countless other viewers and critics jumped in to clarify that yes, a handsome man can still be attracted to a woman who doesn't look like a supermodel. Also, naked ping pong is okay.

Honorable Mention: "On All Fours," the episode in which Adam's shocking, agressive sex with new flame Natalia looked a lot like rape.

In this Season 9 episode, the "Seinfeld" group become stuck in traffic among the celebrants of a Puerto Rican Day Parade. Kramer accidently sets the Puerto Rican flag on fire with a sparkler and then stomps on it to quell the blaze, inciting an attack from the Puerto Rican mob that leads to Jerry's car being thrown down a stairwell.

Obviously, the National Puerto Rican Coaliton was not pleased with this representation. NBC apologized; and until 2002, the episode was excluded from syndication packages to other networks.

Honorable Mention: "The Contest," the episode in which Jerry, George, Elaine and Kramer make a bet to determine who can hold out the longest as the master of their domains.

8. The Simpsons, "The City of New York vs. Homer Simpson"

Since shenanigans in and around the World Trade Center featured heavily in the plot of this episode, it was removed from syndication following the September 11 attacks. By 2006, the episode come back to syndication in some areas, but with many parts edited out.

Honorable Mention: "Blame it On Lisa," in which Lisa Simpson stumbled upon some rat-infested Brazilian slums "painted bright colors...so the tourists would not be offended." Brazilian President Fernando Henrique Cardoso spoke out against the show for portraying "a distorted vision of Brazilian reality."

7. Married with Children, "I'll See You in Court"

Due to the sex tape plot orchestrated by the already controversial Bundy family, this episode was pulled by the censors and prevented from being aired for over a decade. Showrunner Michael Moye has since claimed that producers dubbed it "The Lost Episode," both because it never aired and because they felt that they had lost control of the project.

Honorable Mention: "Her Cups Runneth Over," another highly sexual episode of "Married with Children" that prompted Michigan woman Terry Rakolta to launch a letter-writing campaign urging audiences to boycott the show.

While "The X Files" has never shied away from creepy subject matter, this 1996 episode was by far the most horrific. Brief summary: a quadruple amputee mother is caught breeding with her disfigured sons, thereby creating more montrously disfigured children.

"Home" was yanked after its initial airing to its graphic nature, making it the only "X Files" episode to be banned from repetition on Fox.

Honorable Mention: "Irresistible," one of the few "X Files" episodes to feature a human serial killer (played by Donald Pfaster) instead of a supernatural entity.

5. South Park, "Trapped in the Closet"

In 2006, Comedy Central canceled the rebroadcast of this episode without prior notice, allegedly because parent company Viacom was being faced with threats from Tom Cruise to boycott publicity for Mission Impossible III. Rumor has it that Cruise, who also reportedly threatened to sue "South Park" for besmirching his action star image, did not find a gay cartoon version of himself "trapped in the closet" to be particularly amusing.

Honorable Mentions: "Jared Has Aides,"a 2002 episode later banned by Comedy Central. Ironically, this decision was made not because of the AIDS-related material, but due to the portrayal of Butters being abused by his parents.

4. The Sopranos, "Made in America"

The anti-climactic fadeout of "The Sopranos" series finale left the majority of diehard fans feeling very upset. However, retrospective reviews of the episode have been mostly positive—likely fueled by the lengthy media discussions that immediately followed the broadcast and caused many viewers to change their interpretations of the ending.

Honorable Mentions: The much-maligned season finales of "Lost," "Roseanne" and "Gossip Girl" (Dan Humphrey was GG all along? As if.)

A school shooting on a popular teen drama is a hard sell at any time, but especially in the wake of a real-life tragedy. Such was the case with the infamous "Buffy" episode about a high school gunman: originally scheduled to air one week after the shooting at Columbine High School had taken place. "Earshot" did not appear on American television until five months later, but viewers' emotions were still rubbed raw.

Honorable Mention: "Glee" airing its "Shooting Star" episode just four months after the tragedy at Sandy Hook Elementary School in 2012, and receiving a hailstorm of backlash as a result.

"Maude" was a revolutionary sitcom that continually broke new ground in the 1970s, but one episode stands out above the rest. In this iconic two-parter, which originally aired in November 1972, the titular character (played by Bea Arthur) is dismayed to find herself pregnant at 47 and decides to have an abortion.

Roe v. Wade made abortions legal nationwide two months later; but members of the clergy still reacted to strongly to "Maude's Dilemma" being re-run in 1973, and at least 30 stations pre-empted the episode.

Honorable Mention: A controversial teen abortion arc on the Canadian soap "Degrassi" also kept the 2004 episode "Accidents Will Happen," from airing in the United States for many years.

This unforgettable two-part episode of Ellen Degeneres' late '90s sitcom, in which both she and her character Ellen Morgan came out as gay, caused such a furor upon its initial airing that ABC had to issue a "Parental Advisory" at the top of each new episode. The series was cancelled one season later, and both Degeneres and co-star Laura Dern faced career backlash for years afterward. Oprah, who played the small role of Ellen's therapist in the episode, later said that she received death threats.

Today, "The Puppy Episode" is widely regarded as one of the most important and influential broadcasts in scripted television history. Degeneres' career has recovered quite nicely as well.