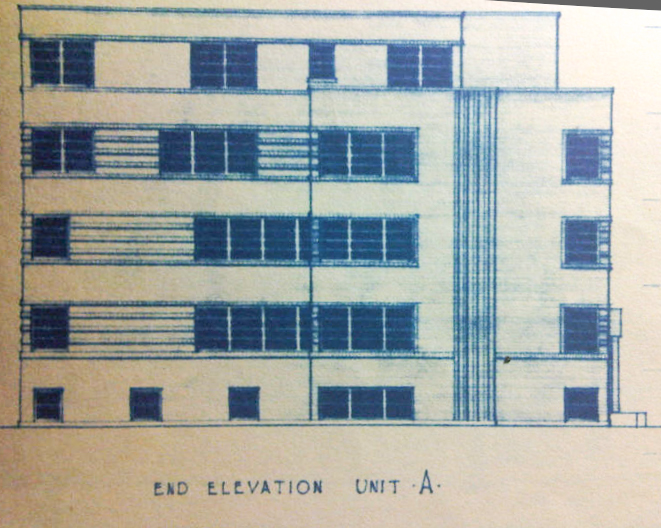 Chicagoans of a certain age still lament the demolition of Riverview, the famed North Side amusement park that was razed in 1967.
But the park would have been demolished much earlier—during the Great Depression, in fact—and replaced by a modernist housing development called Riverview Gardens, had a real estate planners of the time had their way.
The now-forgotten plans are contained in a trio of original leather-bound 1935 presentation documents I bought about 10 years ago. I ran across it yesterday while searching through a box of old stuff.
Riverview Gardens would have been 1600 units on a sprawling campus roughly bounded by Belmont, Western, Addison and the Chicago River. Surrounding the then-new Lane Tech high school, the complex would have been composed of streamlined brick buildings trimmed in Bedford limestone laid out over gridless streets. Burnham Brothers & Hammond teamed with Holabird & Root as the architects.
The project was planned by Independent Realty Trust, based at 221 N. LaSalle, which created the presentation documents I purchased. The material was addressed to the Federal Housing Administration.
In look and plan, Riverview Gardens was similar to the Chicago Housing Authority's Lathrop Homes built in 1937 at Diversey and Clybourn along the Chicago River. But while Lathrop was planned and built for the poor and working-class, Riverview Gardens was created "for the benefit of the much forgotten class of people, namely, the white collared class," according to a project description. The project would have had garages, stores, rooftop gardens and recreational areas. 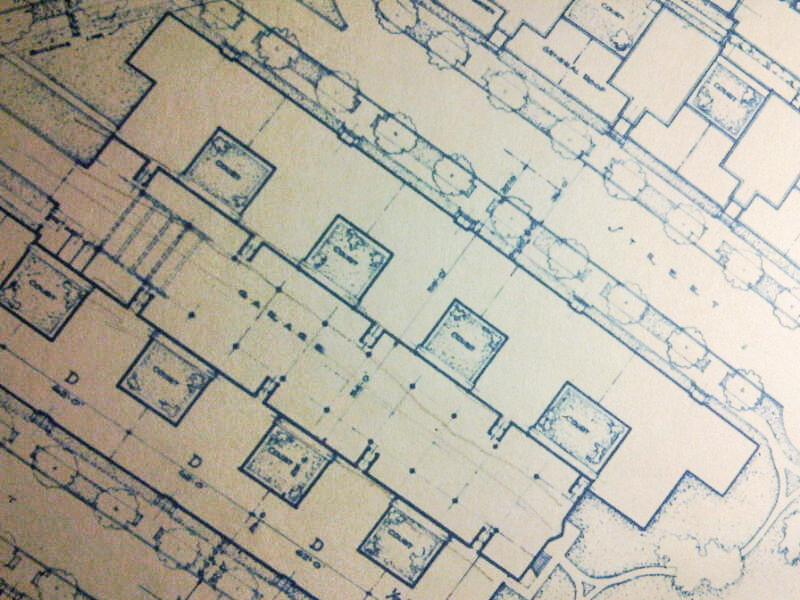 But why consider demolishing Riverview then, especially since the park was only 30 years old and "The Bobs," Riverview's popular 11-car roller coaster with the 85-foot drop, had been built just a decade earlier? There are two possible reasons. The Depression ate into Riverview's revenues a bit—and fire in the early 1930s claimed a funhouse and one other attraction. In addition, the park sat on 74 prime riverfront acres at a time when federal housing funding was becoming available. 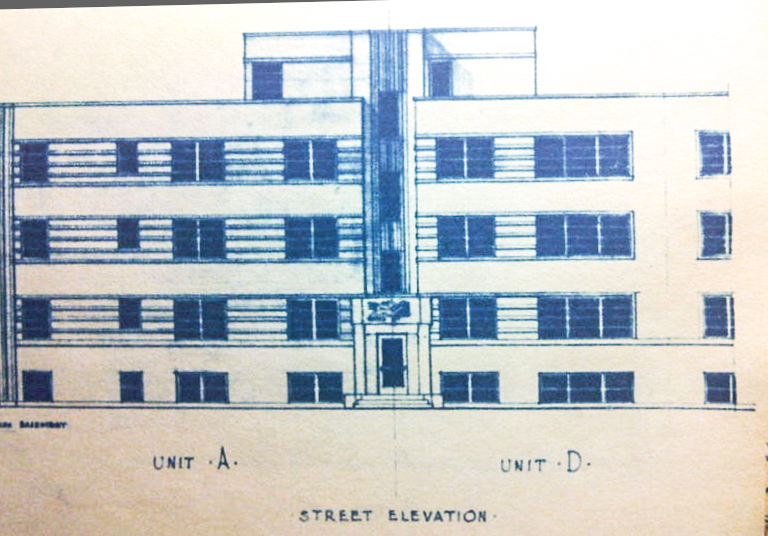 And what happened to Riverview Gardens? For me, the trail turned cold. The project died and Riverview itself lived another 32 years. Riverview Plaza shopping center, the Belmont District police station and courthouse, DeVry University and more occupy the site now.