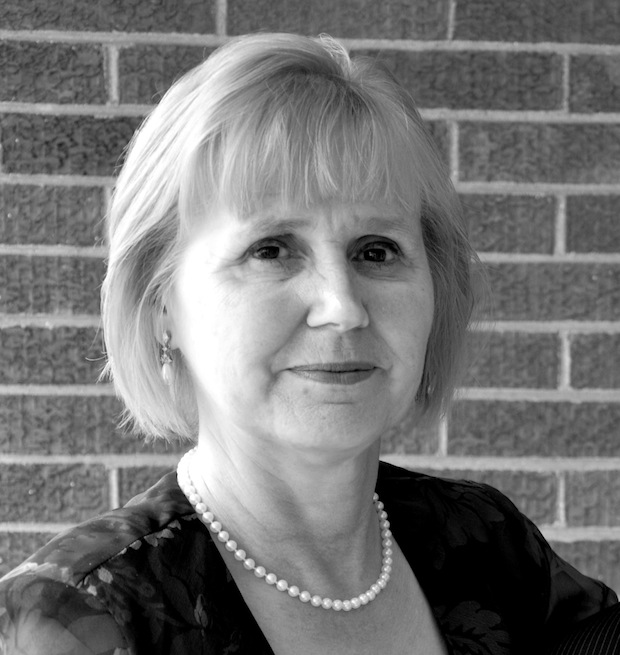 As a veteran female sports reporter, Cheryl Raye Stout has had to prove her chops over the nearly 30 years she’s been reporting in this city.  We had a delightful phone conversation about breaking through the glass ceiling (which took the form of the Bears locker room door), her rapport with some of the city's sports legends and her thoughts on head injuries. Go here if you’d like to learn a little bit more about her history as a Chicagoan and reporter. We spoke for much longer than your typical blog post, so if you'd like to see the full chat, go here.

You teach radio sportscasting at Columbia College.  What do you have to teach students now about reporting that wasn’t relevant 10 years ago?
I also taught ethics in broadcasting. I had to bring that into play because a lot of times they take blogs verbatim, they take Tweets verbatim, Facebook... I said, 'Whoah! Unless it’s a legitimate source, you can’t take it at face value.' One of the things I tell my students too is if you’re using Twitter or Facebook, you’ve got to be very careful. I think players, strangely, think that Twitter is almost personal and private. They don’t realize the ramifications when they put things out there.  I think there are more pros than cons but there are cons and the negativity—like what I’ve seen this year, about Derrick Rose, that really, really is bothersome.

I saw a post on Deadspin about how little anyone knows about the kind of injury Rose has, yet everyone feels so qualified to say he’s slacking.
I find that just appalling. Because those of us around him—I know the kid, I’ve been around him—we know that he’s not the person that they’re painting him out to be. And it’s hard because people will attack you for saying anything about him positively. Sports talk radio has really become a beast of negativity and of vile spewing things.

You alluded to some unpleasant situations you encountered when you first started covering sports in Chicago. Can you give an example or two?
I’ve told the story about the Bears, when I was going up there for practices, the players would be really angry and say, insult me and be mean-spirited, and then they had to sit outside the locker room. But there’s been times when I was in a Boston Celtics locker room early in my career and they never had any women covering at that time. I was there in the visiting locker room at the stadium and a player saw me and he’s coming out of the shower, dancing and everything, naked. I’d never make eye contact, I’d walk away. I thought, 'What a jerk.' So, he was dressed and I walked past him and said, 'You know, there really isn’t much to look at.' I just felt that humor was my way of getting back without being mean, and to indicate that I’m not going to back down just because you don’t want me in here.

How do you advise female sports reporters on how not to be pushed around, prove they are going to stick around and can roll with the punches?
You have to know more. You have to research more. You cannot rest. I also tell them, especially when you do a lot of phone calling or contacting, you make sure you know who is on the other end of the phone. If it’s a wife or girlfriend, or whoever, you treat them well. I always tell everybody, men and women but women particularly, if you're going to interview a player, don’t just gung-ho start the interview. Introduce yourself, talk to them a little bit, and then say, 'Can I talk to you now on the record?' Just to break that ice because you then get comfortable.

The seasons when you had to sit outside the Bears locker room before Jim Harbaugh invited you in, what did you do while you sat there?
I would sit there and ask the PR director to get me a player, the player would come out and I’d talk to them. The funniest thing was when I was sitting there one day and Walter Payton sat down next to me. This was before I was let in. He goes, 'Go Cheryl, go in there!'  I said, 'No. I know you, you’ll open the door, I’ll walk in and you’ll walk the other way.' He was a practical joker. I just knew that I had to bide my time.

What are some of your proudest moments as a reporter?
One of the things I learned a long time ago is that everybody you meet—if it’s a security guard, an usher, a handler, a PR person—no matter what, you introduce yourself, you get to know them. That’s the way I was raised. Michael Jordan used to talk to us before games in the locker room. He was very accommodating. A lot of it was background information, and sometimes it was on the record when you were doing an interview for news. But he talked to me about baseball and he said, 'That’s the sport I wanted to play.' I said, 'Oh Michael, you’ve got years.' This was almost a year and a half before he retired. Michael retires and somebody I knew that was involved with both the White Sox and the Bulls came up to me at a Bulls game and said, 'Michael’s going to try out for the White Sox.'  I called up a person I knew that was doing security with the White Sox. I said 'Hey, what time does Michael get there to work out?' And the person says, 'Oh, about 10 o’clock.' And she goes, 'You...didn’t know that, did you?' I said, 'Don’t worry, I’ll never use your name. I just need to make sure I’m on the right trail.' As I progressed I was able to get the information and it was a firestorm when I did it.

I watched that 30 For 30 about him playing baseball:  I never before heard that conspiracy theory that he was being forced to take time off from basketball because of his gambling.
His dad had been murdered. That’s what people forget. And in '93, James Jordan traveled with Michael. That was the first year he had ever traveled with him. I was working for the team’s flagship station and I traveled with him. They were closer than father and son. When James was murdered, there were over 100 cameras on Michael’s lawn. That’s when his privacy was really unearthed. I think that that devastated him more than anything. So to say that it was from gambling... unless you know for a fact, I just don’t like that conjecture.

Has anything you've learned from your career influenced the way you raised your son?
I made a clear decision that he will do sports for enjoyment, he will not do sports to make that a career. I suppose you could mold anybody into an athlete if you really really try. I just think that the way it’s evolved now—where the parents are living through their children, and these kids are playing sports 24/7, I don’t think they become well-rounded. Also I saw the injuries. When I was covering Bears camp up at Platteville, the old place, we used to be feet away from injuries. I saw the collisions that went on, I heard knees and shoulders pop, I saw these guys with their bell rung. I had talked to a couple of Bears coaches, Dave Wannstedt and Dick Jauron. They had daughters. I said 'If you had a son, would you let them play football?' They both said no.  I was in a very bad car accident when I was 19 and I had a concussion that was really bad. I had the effects for over a year. I now have a brain ailment. We don’t know if it’s connected but I wonder if it is.

Can you tell me more about your brain ailment?
Five years ago I started having some symptoms with my eyes. I had trouble. I kept blinking a lot. My jaw was dropping. It took over a year to be diagnosed. I was going from different types of doctors until I finally went to a neurologist who said, 'You have Meige’s syndrome.' I get Botox shots every three months to control it. It’s my eyes, my throat, my neck, down the blade of my shoulders. I deal with pain every day and sometimes it affects my voice and affects certain things. I don’t want that to impede me from doing what I do what I want to do. I’m not going to sit here and feel sorry for myself. I just deal with those times when I’m working and I can feel the symptoms bother me. It just frustrates me more than anything.

Who are the nicest Chicago athletes that you’ve gotten to know over the years?
Boy, there’s so many. I love Ozzie Guillen. I don’t care if he’s a lightning rod. I knew him from the time he was a rookie. I’ll never forget he was doing a live shot with us on WMAQ and he didn’t speak good English. The only language he knew was profanity.

This is my favorite Bulls team, this last few years. The core of Derrick Rose, Joakim Noah, Luol Deng. My son was given jerseys by other people, but the only one I ever bought for him was Luol Deng’s, because of him as a person. He is the most well-rounded, grounded, intelligent, caring athlete I’ve ever been around. Michael Jordan and I had a great rapport. I really loved him. I could go on and on.

How does it feel to be the 349th person interviewed for Zulkey.com/WBEZ?
I feel honored!