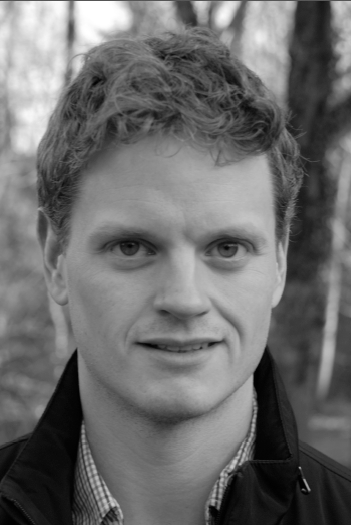 I bookmarked the parenting columns on Deadspin written by today's interviewee long before I had a baby. His straight-shooting advice, paired with salty language I could get down with, made me feel somewhat prepared for parenthood, but moreso feel heartened that one could be a new parent but still be a human. He's got a new memoir about parenting out called Someone Could Get Hurt: A Memoir of Twenty-First-Century Parenthood, which follows the highs and crushing lows that have accompanied raising three kids. You can read more from him over at GQ, where he's also a contributor, or on his Twitter feed.

When, where and for how long do you write each day?
I write from about 9 a.m. in the morning to about 4:30 p.m., taking breaks for lunch and the gym and finding stupid crap to post on Twitter.  But I'm at the point now where writing stuff is kind of an all day process. Even if I'm not working, sh*t is bubbling on the stove. If there's an idea, my brain will spend part of the evening working it and shaping it and adding completely unnecessary swear words to it.

Is domestic happiness good or bad for creativity and ambition?
I think it completely depends on the person. I know most comics are miserable wretches but I don't think that always has to be the case. You can be happy and still have the mental dexterity to dream up something creative and funny. Some people feel like they NEED misery in order for it to work, which is all well and good. The whole "suffering for your art" thing. But I'm far too wimpy to endure that kind of lifestyle. I'd far rather be content AND make dick jokes that are perhaps 5 percent less effective.

I also don't buy that having a wife or kids somehow distracts you from your job. I think the second a kid is born, a man's ambition gene kicks in and he's like OH GOD I GOTTA MAKE MONEY TO FEED THIS BEAST.

As a writer, it’s hard to balance social networking versus actually working or taking care yourself and family. Do you have any rules about how much you let yourself get sucked in online?
Not really. I'm sure I check Twitter and email far too often, but I'm perfectly happy being a distracted, brainless zombie. Most times, I find that I get sick of staring at the phone at some point anyway. It usually happens on a plane. I'll usually be like, "I am sick of staring crosseyed at this stupid tiny screen. I'm just gona stare off into space for an hour." And then I do.

How much does your wife read your stuff before you publish or post it?
Never before I post. Ever. If she did that, I'd throw up, She'll read all the GQ stuff, but no sports stuff, and not too much dick jokey stuff. She's supportive, but that doesn't mean she enjoys reading questions about what the world would be like if people had butts where their genitals are and vice versa.

There’s so much internet judging about parenting but I’ve been surprised by how few times so far in real life I’ve actually questioned someone’s parenting (one involved a dad letting his toddler pet a cat that its owners had repeatedly warned him was unfriendly.) What have been some real-life situations where you thought to yourself “OK, that’s some actual poor parenting” (pop culture tan-mom type situations aside)?
You're much more diplomatic in real life. No one EVER questions another person's parenting to their face. I'm the kind of person that will see another parent do something I don't approve of and then I will SEETHE. The whole walk home, I'll say to my wife CAN YOU BELIEVE THAT THREE YEAR OLD HAS AN XBOX?!

Do you ask advice from older parents who muddled through without so manyy books or sites dedicated to parenting? What’s the best input you’ve gotten from them?
Nah I never ask my parents' opinion. They'll be more than happy to offer it regardless.

My husband is not a sports guy and has told me it’s my job to teach our son about sports in order to be a successful human being, which seems like a lot of pressure. What’s your philosophy towards teaching your kids about sports, in terms of being a fan and an athlete?
I just let them like what they like. If I try to push them into sports or something like that, they'll just rebel anyway and get into glass blowing. I don't bother having set expectations. I'd rather let my kids surprise me. It's hard in today's environment because kids are SO scheduled. I''ll see some other kid play on eight different soccer teams and I'll be like, "Christ, should my kid being kicking a ball that much too?" It makes you very self-conscious.

As a sports writer and as a father, how do you feel about the debate over whether fans should conduct themselves at sporting events in a kid-friendly way vs. you buy your ticket, you get to do and say what you feel (within certain rules)?
There's no point in trying to rein in terrible fan behavior at sporting events. People will just do what they do. You're better off taking your kid to a minor league baseball game, saving your cash, and watching real sports at home on TV, where it's more enjoyable anyway.

What’s the agenda and menu for your ideal Father's Day?
Nothing. I'm all about not having to plan or think of anything. Even opening a card is too much work.

How does it feel to be the 352nd person interviewed for Zulkey.com/WBEZ?
Do I get two tickets to Supertramp?

You can read a lot more interviews here. You can follow me @Zulkey