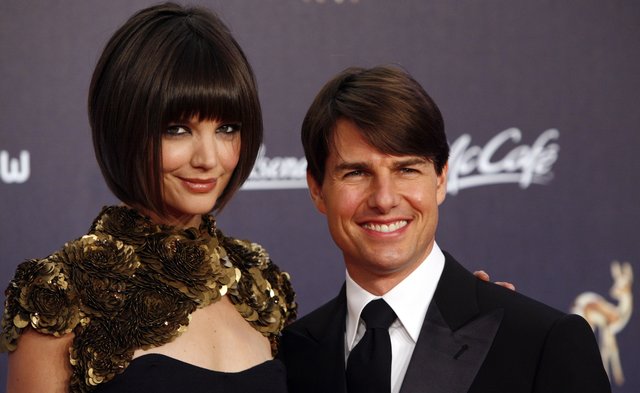 Growing up in an ethnic/Catholic Chicago neighborhood, divorce simply did not exist. The macabre joke was that the only way out of a marriage was either by death (natural causes) or dismemberment (murder and mayhem). Television in the 1950 and '60s reinforced this marital standard by portraying marriage as a lifelong commitment: The Adventures of Ozzie and Harriet (calm and sturdy); Lucy and Desi from I Love Lucy (frenetic but committed); Rob and Laura from The Dick Van Dyke Show (modern and urbane).

In todays world much has changed. According to the U.S. Census Bureau, the divorce rate of first marriage is around 50 percent; second marriages are at 60 to 67 percent and third marriages are at 73 to 74 pecent. Last February Tom Cruise and Katie Holmes announced they were getting divorced after five years of marriage. The tabloids suggested that the reason for the divorce was a simple one: The couple had entered in a five year contract and time was up! Whether or not this is true, the Cruise/Holmes divorce has sparked a discussion of marriage by contract. Or, as the New York Times headline succinctly put it: “Till Death, or 20 Years Do Us Part.”

I think that the last 40 years of high divorce rates has forced us, individually and culturally, to rethink divorce  and the reasons for getting married in the first place. To begin with, the marriage age is at an all-time high — 28.7 years for men and 26.5 for women. Part of this, of course, is due to hard economic times. At least part of the reason is that people, especially children of divorced relationships, are simply hesitant to take the plunge. Why make the same mistakes as our parents? Why not just cohabitate? Why not mimic the '90s sitcom Friends? That is, live with your pals well into your 30s and just date around? Why not try to be George Clooney — keep dating, keep moving? Why get married and stay married unless you really want kids? Why risk living with someone that you might grow to dislike? Why put up with the day to day banalities of domestic existence? Why risk being unhappy? Why risk the “change partner and dance” divorce carousel? After all, everybody knows that it’s almost impossible to get like, lust, and love in one relationship. So why bother?

OK, I admit it — I’m an incurable romantic. Yes, divorce is scary. Yes, the statistics seem to be stacked against success. But, the real purpose behind marriage, partnership and commitment is the deep-set need to love and be loved in return. Psychologists tell us that we only know ourselves when we try to know and be empathetic with another. Love is not always a “splendid thing” but it is a necessary ingredient in the life process. So, yes love sometime makes fools of us. Yes, sometimes we are hurt and wind up hurting others. But we are human beings, and we need intimacy and we crave affection.

I think marriage will change, and must change. And, I hope the divorce rate will change as well for the better, of course. Maybe we will move to contract marriages, or short-term renewable marriages. I’m not sure, but I am sure that the need and desire for intimacy and love are an elemental part of the human condition.