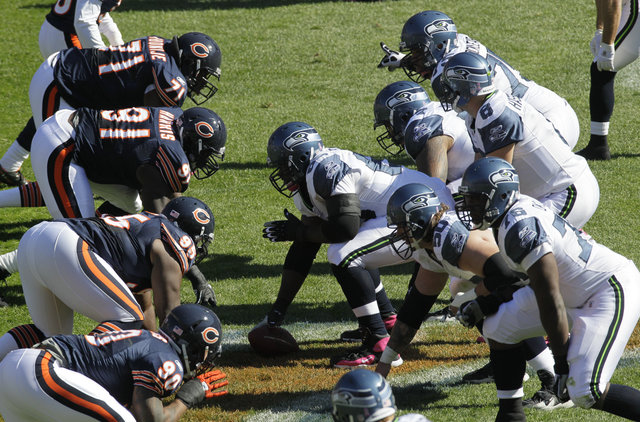 On fall Sundays and into mid-winter, NFL football has become our national religion. We are so obsessed with the NFL that games are played on Sunday nights, Monday nights, Thursday, and, late in the season, Saturday nights as well! Also, for those fans who need even more football coverage, the NFL and ESPN have created the NFL network. You'll find highlights, statistics, analysis interviews, old games, and repeats of the big games of the week all day, every day. And, of course, the “High Holy Day” of NFL football is “Super Bowl Sunday,” when an estimated 111 million viewers tune in to the gridiron exploits of the two best teams in the league fight for football supremacy.

Baseball was America's game until the last quarter of the 20th Century. For a short time — thanks to Michael Jordan and some of his friends — basketball made a bid for the top sport. But in the last thirty-five years or so, football reigned supreme.

I think the reasons for football’s popularity are elemental. Football is about strength, strategy, speed, fierce power, leverage, dexterity, and brute violence. Football players are modern-day gladiators who meet in an “arena/ stadium” and overcome their opponents by means of careful preparation, clever planning and raw physicality.

Unfortunately, fans are now becoming aware that this is a serious price to pay for the pleasures and violence of football. Chronic traumatic encephalopathy – brain damage that leads to depression and early onset Alzheimer's, acute spinal and hip injuries, knee damage and early onset arthritis are just a few of them. The simple fact is- football is a cumulative injury disease, and the longer you play the more you get injured.

Football has always been a “contact sport,” and as such, players have always gotten hurt. But the game has changed, and the number of crippling injuries has radically increased. Players are now bigger, faster, stronger than ever before. The equation here is one of basic physics: E=MC2. Or, to put it in football terms, injury is the direct result of mass (bigger and bigger bodies) multiplied by velocity. (the increased speed of players)

I still love football! But given the statistics that are now accumulating regarding traumatic injuries to players in grammar school, high school, college and the pros, changes must be made, and devastating injuries must be eliminated or minimized if the game that so many of us love is to survive.