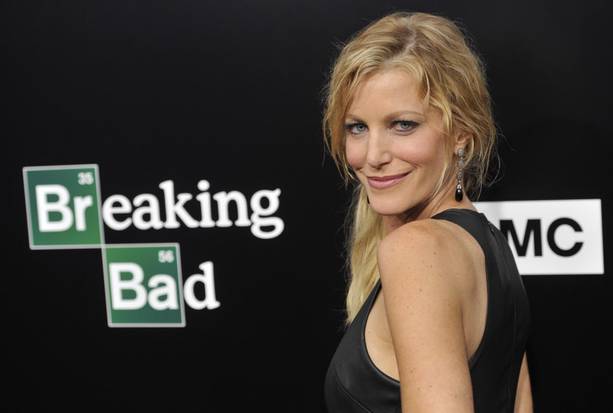 Actress Anna Gunn, who plays the wife of chemist-turned-meth savant Walter White on the AMC series "Breaking Bad," wrote a powerful op-ed in the New York Times on Friday describing the fan vitriol that has been hurled at Skyler White since day one.
"My character, to judge from the popularity of Web sites and Facebook pages devoted to hating her, has become a flash point for many people’s feelings about strong, nonsubmissive, ill-treated women," wrote Gunn. Bullseye.
Of course, the immense hatred reserved for Skyler—while her husband gets the Greatest American Antihero pass—is mind-bogglingly sexist, not to mention unfair. How is cheating on your husband and being a bit pushy (or "emasculating," to quote many an online commentator) in any way comparable to meth-making and murder?
Yes, TV wives from Betty Draper to Carmela Soprano have received the brunt of fan hatred in lieu of their arguably more villanious husbands (how dare they disrupt the lives of our precious antiheroes by showing their non-ladylike emotions!) and from a logical standpoint, most of that criticism is seriously unjustified.
And yet, these venom-spewing haters keep tuning in week after week, hungry to see what their most reviled characters will do next. They spend hours venting in online forums and arguing over the office water cooler, talking about how much they hate these characters with every fiber of their being. But really, don't you have to love watching these characters at least a little bit to hate them so much? 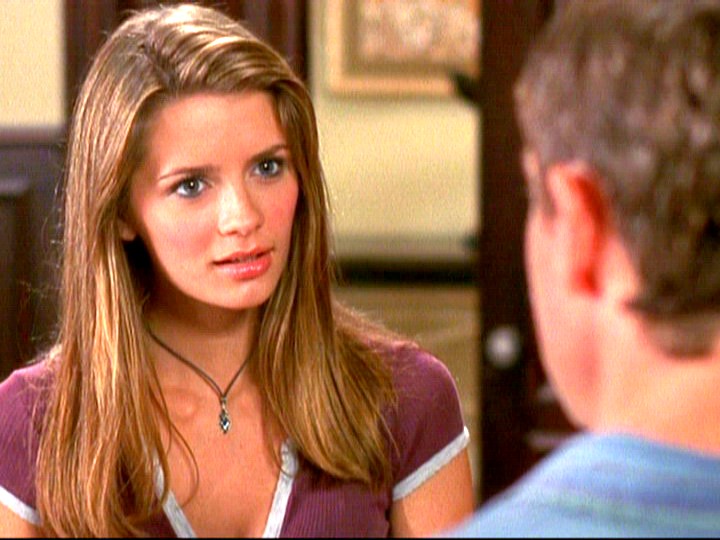 Marissa Cooper from "The O.C." is a shining example of this paradox. Poor little rich girl Marissa (played by a wooden and consistently annoying Mischa Barton) was universally despised from the moment she appeared onscreen. However, even when many "O.C." fans campaigned for Marissa's death and rejoiced when she met her fiery demise in Season 3, a sharp ratings decline in Season 4 proved that most of them had stopped watching in her absence. Perhaps they missed the eye-rolling drama in spite of themselves, or secretly longed for that special brand of chair-throwing crazy that only their least favorite character could provide?
Brenda from "Beverly Hills 90210" also falls into the "characters we love to hate and can't stop watching" category, along with J.R. from "Dallas," Sue Sylvester from "Glee," and practically the entire cast of "The Newsroom." The list of incessantly watchable, often downright irresistable villains on the silver screen is similarly varied: Hannibal Lector, The Joker, Lord Voldemort, Joan Crawford in "Mommie Dearest," etc.
In my book, "hate-watching" is an oxymoron, akin to "guilty pleasure" and "airplane food." To hate-watch a show repeatedly is to have a weird, twisted love for it. To call a fluffy rom-com your "guilty pleasure" means that you love it to death, but are simply too afraid to openly endorse a film that most people consider to be terrible. Airplane food is self-explanatory.
So, while there's nothing wrong with a good heated debate over whether not being able to denounce Skyler White is institutionally sexist (equality for all, even when mud-slinging!), I believe that we should dig even deeper into our culture of hate-watching and ask ourselves why we "hate" so passionately in the first place.
If the opposite of love is indifference, not hate, then perhaps we care more for these characters than we even dare to admit to ourselves.
Maybe, we actually kind of love them.