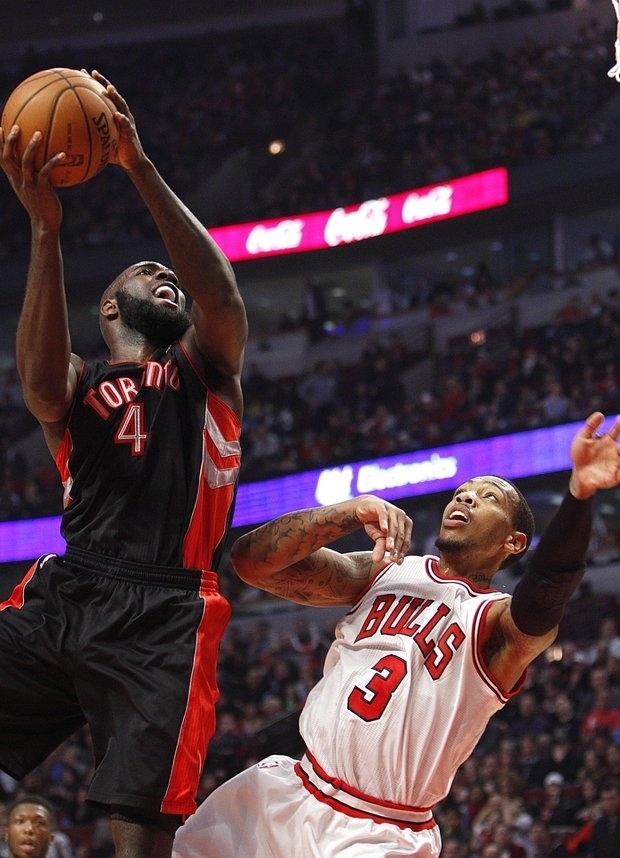 NBA fans know the pecking order of players. First you have your stars, mixed with the starters and then the bench players. There is one other type of player: the nomads. These are the players that bounce around from team to team, level to level, trying to make a NBA roster.

Due to injuries on the Bulls team, they have had to dig deep to fill the roster. Early this season, the Bulls picked up Daequan Cook. He stayed. Later it was Lou Amundsen, but he was replaced by Malcolm Thomas. The 24-year-old Thomas signed a ten-day contract March 19 that was extended for the remainder of the season.

Two years ago, Thomas was coming off a pretty good collegiate career with San Diego State University. The 6-foot-8-inch forward thought the success he had under coach Steve Fisher and his NBA workouts would give him a shot in the NBA. On draft night in 2011, Thomas gathered his friends and family to watch the two rounds of selections. Thomas did not hear his name and hung his head in disappointment. The most poignant aspect of the night came from his daughter Mikeala. The 3-year-old comforted him with a hug. At that moment, he decided to do anything to make a living playing professional ball.

Since going undrafted, he spent the last two years bouncing from the Developmental League, a short stint with San Antonio and overseas ball. It is a life of living out of suitcases, looking for opportunities to play a game you love and provide for a little girl that is miles away and communicates through Skype.

This year he has had quite the journey: he was on the Bulls summer league team, started the season with the LA D-Fenders of the Developmental League, went to Israel and played there for four months, then returned to the D-Fenders.

The Golden State Warriors brought him on board for a ten day contract. As that deal expired he was in New Orleans when the phone rang. It was the Bulls hoping to add him to the roster.

“I got nervous, I didn’t know what to expect,” Thomas said. “I knew I would work hard.”

This summer when he played for the Bulls, Thomas developed a rapport with Jimmy Butler. He said their bond has helped him adapt to playing for head coach Tom Thibodeau.

Thomas promises he will bring a lot of energy to his play and is very aware at what is important: defense. Tuesday he was pressed into action and played 26 minutes, scored six points, grabbed eight rebounds and had two assists. Those are respectable numbers for a player who has bounced around and has had very little time in the NBA.

At this point there is no clear path for Thomas’s future here or elsewhere in the NBA. He said he enjoyed his time in Israel and would love to return as a tourist. His goal is to stay with the Bulls. He will have to make every moment count on the court. Every game is a tryout when you are a basketball nomad.