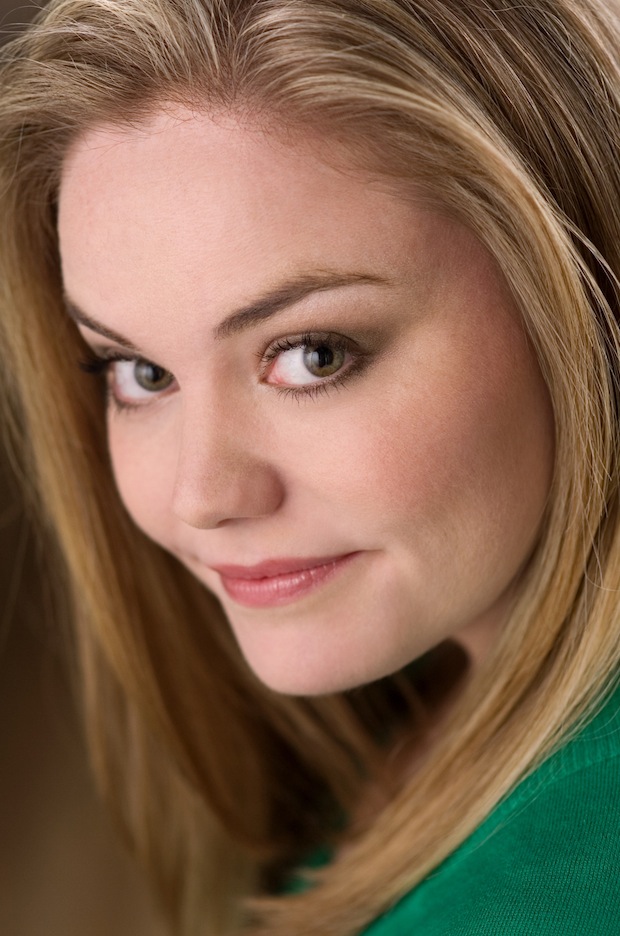 Let's talk about what it's like to make a living as a comic performer in Chicago. Kate Lamber is an actress, improviser and writer. She is a cast member of The Second City Touring Company and has performed as an understudy on The Second City's e.t.c. Stage and at UP Comedy Club.

Kate has also toured with The Second City aboard Norwegian Cruise Line. She wrote and acted in viral shorts such as "Adults & Tiaras", "How to Live Like Beyonce", and "How to Sponsor a Uterus" that have been featured places like The Huffington Post, MTV and Cosmopolitan.

In addition, she is an actor, writer, and executive producer for the web series, Teachers. Kate is a member of the sketch group Cell Camp and performs at iO with the improv groups like Virgin Daiquiri (which featured SNL's Aidy Bryant and Cecily Strong) and guest improvises with Whirled News Tonight and The Deltones.

What do you get from each of the sketch and improv groups you’re in?

Currently, I am performing with The Second City Touring Company, The Armando Diaz Experience, Virgin Daiquiri, and The Katydids.

Working for The Second City has been a dream of mine since I first started improvising. The Touring Company lets me improvise, act, write, and travel, which are four of my favorite things to do. It is an honor to have this job and perform for people all across the country. In addition to creating our own material, we also perform some of the best scenes from Second City’s fifty-plus year history. It’s pretty incredible to be in scenes that people like Steve Carell, Tina Fey, and Stephen Colbert originally wrote and acted in.

Armando Diaz and Virgin Daiquiri are the two improv groups that I watched most when coming up in classes at iO. The players in these shows were some of the performers I admired most. When I was asked to join both groups, it was a “pinch me” moment. To play with these improvisers is a real privilege as they are at the top of the game, and being onstage with them only makes you better.

With The Katydids, we started as an improv group and then we expanded to doing sketch and online shorts. This is a group (made up of women with all varying forms of the name Kate) who are friends and co-workers.  It is an independent group, so we began focusing on creating material. We have really had to pound the pavement to get our work out there and to have it pay off has been really rewarding. Most recently, we wrote, produced, and acted in a web series called "Teachers" (with Matt Miller and Cap Gun Collective) that was really successful and with which we are hoping to do more.

When you’re writing, are there any comedy topics you tend to avoid either because you find them too sensitive, overdone or just not that funny?
I don’t have a hard and fast rule about what topics I can write about and what I can’t. Last year, I wrote about women’s rights and gay marriage in two shorts. Both are pretty sensitive subjects where emotions run high on both sides. In the shorts How to Sponsor a Uterus and Get Cash 4 Rights, I wanted to weigh in on these subjects, so I did it by satirizing the opposition. I think that in order to write in a comedic way about any sensitive subject, you have to first understand why it’s not funny before you put your spin on it.

Who is Michael Billington and why is he worthy of mention in your bio?
Michael Billington is the longest serving theatre critic in Britain and the theatre critic for The Guardian. He was also Harold Pinter’s authorized biographer. When I was in college, I was lucky enough to study abroad in London and take a class from him. As a class, we attended multiple shows—several of them written by Pinter, and one that was written and directed by Pinter. It was an incredible experience to see these shows, but also discuss them with someone like Mr. Billington afterwards. We were able to critically analyze the performances and think about them in a way we hadn’t before. We were also able to tell him that one of the actors we saw did a terrible American accent.

As a Second City cruise employee, what secrets can you tell us from behind the scenes of cruise ships?
When you’re performing on a moving vessel, you have to deal with factors you would never encounter on land. I remember the water could be a little rocky as we were leaving Belize, and that was during our sketch show. Performing in heels is tough enough as is, but when the ship is moving every which way, even sitting in a chair requires concentration so you won’t slide off.

With the ship, you are essentially living and working on a floating city for four months. It gives you a lot of time to work on material or just stare at the ocean which, surprisingly, doesn’t get old. You also learn terms like “Code Oscar” that come in handy for any future improv scenes that takes place on a boat and make you sound legit.

What have been some of your favorite parts of the cruises?
I was so excited to go on the cruise because it was my first job with Second City and because I got to travel which was something I wanted to do since I graduated from college. To make it even better, the people in the cast were incredible and seasoned performers so I learned a lot from them. We were able to go to so many amazing places together. Some of which I knew I would never have the chance to visit again, so I made the most of it.  I got to swim with dolphins in Mexico, zip line through the rainforest in Belize and Costa Rica, swim in a mud volcano in Colombia, and go dog sledding in Alaska. It was pretty surreal to experience all of those things within four months.

What have been some of your favorite voiceover gigs?
Voiceover is something that is relatively new for me. I did a radio spot last year that was a lot of fun, but I have also had a great time auditioning for things. I recently auditioned for an animated film and it was so cool to see the part I was reading for and check out the script.

How is writing for web series different from writing for the stage?
Writing for shorts and web series is different from writing on the stage because there are things that you can show onstage that you can’t on film and vice versa. The great thing about online shorts is that you can go to town with costumes and makeup when you wouldn’t have time for something like that in a sketch show. For one short we did, I had to use latex, scar wax, and layers upon layers of foundation to cover up my eyebrows. It took forever to do, but the end result was ridiculous and looked real. Sketch shows are so fast paced that you don’t have that kind of time.

What’s harder: being a girl in comedy or being in comedy and living in Chicago?
I hear more about how difficult it is being a woman in comedy than I think about it myself. It’s a question that is posed to a lot of female comedians since there have been several high profile people in the news this past year claiming that women aren’t funny. That concept is ludicrous to me because having a particular body part isn’t what makes you funny; it’s about being smart and observant and that’s not relegated to either sex. If someone believes that women aren’t funny, then their opinion is already insignificant to me because I can’t respect anyone who thinks that way. Personally, I’m glad to be a woman in comedy, and right now is a really exciting time to be doing this. Women like Tina Fey, Amy Poehler, and Lena Dunham have made an incredible impact not only as actors, but writers and producers and I think that trend is going to continue.

Chicago was the absolute right place for me to come to pursue comedy—even if I didn’t have that intention when I first moved here. While it is very competitive, it is also a nurturing community. You can always find a place to perform, and on any given night onstage, I know I can look out into the crowd and see other performers in the audience watching and supporting.

What is the best skill to have with musical improv?
The best skill to have is to not worry about looking like an idiot. Musical improv flexes a completely different muscle than improv. It is easy to get into your head about the rhythm of the music, singing on key, or whether or not you will be able to rhyme. But if you get out there and just have the most fun you can possibly have with it, it’s impossible for the audience not to enjoy it too.

Tell me about your Check Please appearance. Where did you go and what’s the best thing you ate?
My Check Please episode aired earlier this year.  It was a lot of fun to do because I had to visit two other restaurants to which I had never gone, so it was great to get out and try some new things.  If you see it, you can look forward to watching me try not to be awkward.

I went to three restaurants—Taxim, Czech Plaza, and my pick—Marion Street Grille in Oak Park. I am not someone who typically orders fish, but I had the fish and chips at Marion Street Grille and they were fabulous.  he fish was tempura fried, light and fluffy.  It was great.

What are you hoping to achieve in the near and in the distant future?
I would love to continue working for The Second City. Ultimately, I want to work in TV and film. I would love to write and act for movies or a TV series. My first love was always performing, but working in Chicago has made me love being involved in all aspects of the process. It is awesome to have a hand in creating what you are performing.

How does it feel to be the 346th person interviewed for Zulkey.com?
Pretty good.  I just hope I get a jacket.